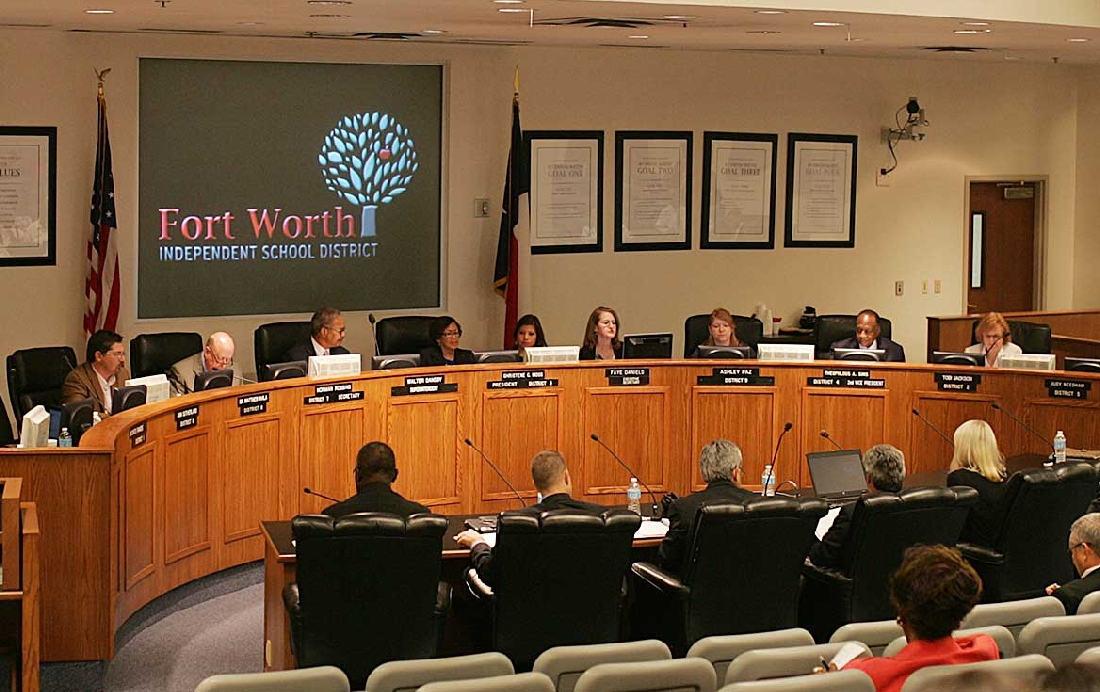 Board president Norman Robbins didn’t respond to Fort Worth Weekly in time for print, but did so this morning.

“I’m not aware of instances of the school district not responding to agenda requests, although some requests require vetting which can delay their being placed on the agenda.,” he said. ” Regarding bullying, that is absolutely not tolerated and needs to always be  reported for further investigation.”

This week’s metro story is about board trustee Ann Sutherland, who is having a tough time getting some of the issues she cares about on the board’s agenda. In the story, she accuses interim superintendent Patricia Linares of violating board policy and Robbins of allowing Linares to get away with it. One of the issues Sutherland has been trying to add to the board’s agenda involves the district’s use of short-cycle assessment tests — benchmark tests that occur every three weels designed to prepare students for the STAAR test. The other issues Sutherland claims Linares and Robbins are ignoring centers around a district employee who was allegedly demoted with a pay cut for reporting workplace bullying. Sutherland is trying to get that employee a grievance hearing.