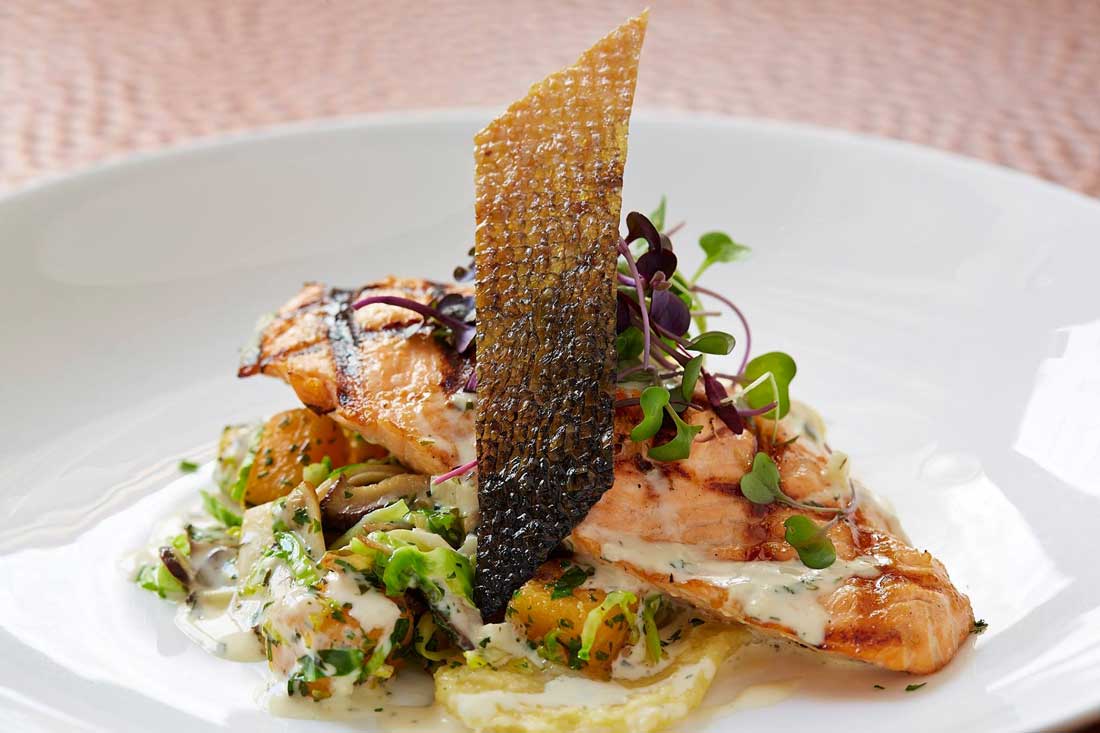 Back when Chow, Baby was a server at a fine-dining place, I always viewed Valentine’s Day as amateur night. Except for the wealthy, the financially irresponsible, and those of us with expense accounts, it’s the one night a year everyone goes out to eat somewhere nicer than usual and treats waitstaffers like indentured servants.

But my beloved deserved a night on the town, even if it meant having to rub elbows with high school kids and five-percent tippers.

I wasn’t surprised that Bite City Grill (2600 W. 7th St.) didn’t have a table available at the time I wanted, in part because I had waited too long to call Chef Eddy Thretipthuangisin’s West 7th Street eatery and in part because it’s become one the best dining spots in town. I’m hoping this place breaks the curse of a doomed location that has already cycled through too many restaurants in just a few years. The dining room has had decent-sized crowds the last few times I’ve eaten there. That has to be a good sign.

The atmosphere at Montgomery Plaza was like Mardi Gras. When my guest and I arrived, we were greeted by a man handing out condoms while wearing a diaper and standing in front of a fake boat lined with Christmas lights and thumping with loud music. Inside the restaurant, things were a little tamer.

And dimmer. The lights were out above our corner table. The hostess went off to look for a candle and never returned. That turned out to be a harbinger of the service to come. We were never really clear on who our server was, but someone came and took our wine order, for a lovely bottle of Barbera from the Piedmont region of Italy. We didn’t see her again for a long while either, but eventually she returned to ask us to repeat the name of the wine.

“Is that like a merlot or something?” she asked. The nice fella who poured the wine was proud of himself for  emptying the bottle into four glasses, filling them so full we couldn’t swirl our vino without splashing it on the table.

The first dish I fell in love with at Bite City was the Long Island duck ($32), with a parsnip and cauliflower puree and a black cherry-raisin demi-glace. About 10 minutes after my guest ordered it, the merlot woman came back to tell us some bad news in a hilariously dramatic fashion: “Someone just ordered the last duck, and it wasn’t you,” she told my guest. Great, I thought, since that other person just ordered it and my guest placed the order 10 minutes ago, go tell that person you’re out.

The appetizers calmed my nerves. The shishito peppers ($8) were fresh and well seasoned with sea salt. One out of every four or five of the peppers was dangerously spicy. The beef carpaccio ($10) was the best thing I put in my mouth — aside from the wine — all evening. The cured beef was topped with capers, shaved Parmesan-Reggiano cheese, cipollini onions, and a miso garlic aioli.

The filet mignon ($29) was perfectly seared though slightly overcooked. Server No. 8 asked me to cut it open and look at it, but it was so dark I couldn’t really tell. No matter; it was like putting a fork through ice cream, it was so tender, and the accompanying scalloped potatoes, asparagus, and red wine demi-glace were perfect, if classic, complements. My guest ordered the roasted beet salad ($8) in lieu of the duck, and it too was divine, though scarcely a replacement.

Before our delicious salted caramel semifreddo dessert ($9) arrived, the merlotista whizzed by and told us she would bring our check, even though we wanted coffee and more booze. “I didn’t know if you wanted to split it or not,” she said as she dropped off the bill before dessert arrived. I wish I’d answered, “You could have asked us.”

At least all of the food was fantastic. Seems that Valentine’s Day is still amateur night, just not the way I remember it.