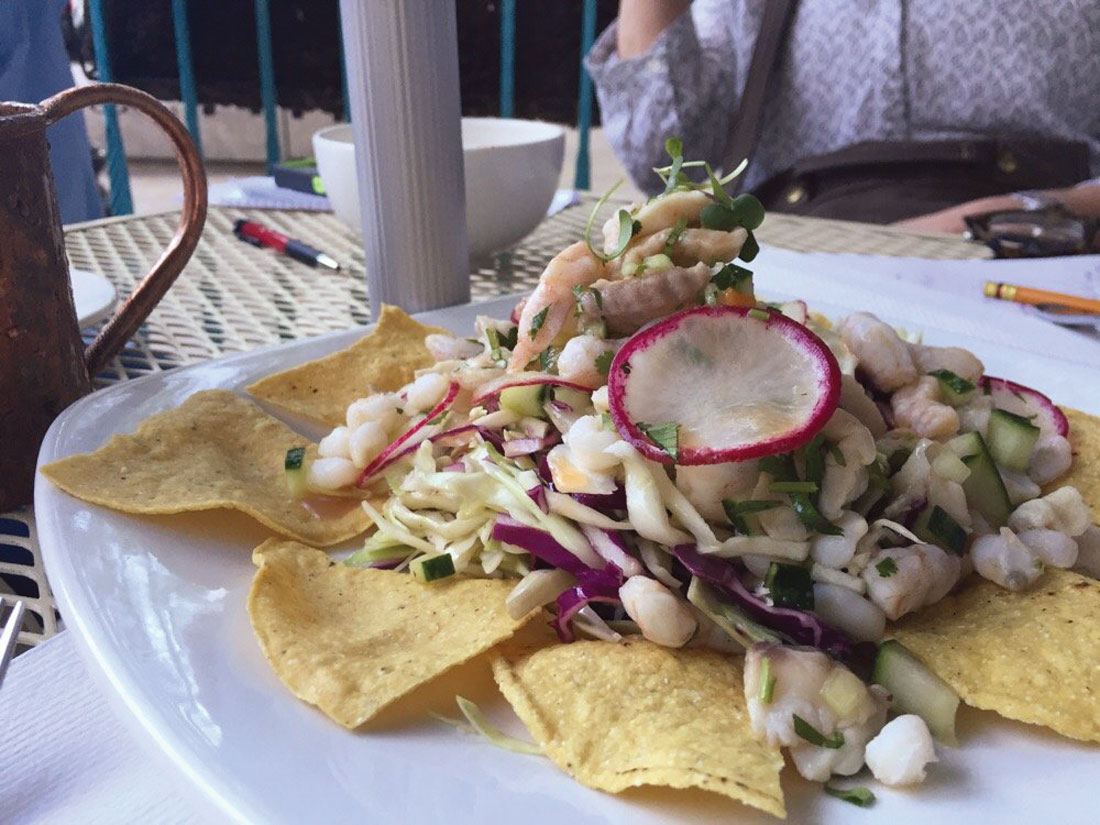 I can’t pretend to be unbiased about Le Perla Negra (910 Houston St.), a new Latin eatery in the downtown space formerly occupied by Zambrano Wine Cellar & Bistro. The ownership group reads like an all-star team of area restaurateurs, and I’m a fan of each of their other places, past and present. But all-star teams don’t always work out. Egos, even when they’re earned, can sometimes ruin even the best ideas. I’ve hated almost every movie that features an all-star cast and every band that’s made up of superstar players. Still, the collective pedigree of La Perla Negra’s owners set my expectations soaring.

[Announcer voice]: Leading off, Ramiro Ramirez, the brains behind Salsa Limón (929 University Dr.), one of the best taco joints in this town or any other. Batting second, Andrew De La Torre, who owned and operated the recently shuttered Embargo, a bar known more for its lively salsa dancing than its vastly underrated kitchen. And hitting cleanup, Imran Khan, who owns my favorite bakery in town, Black Rooster Bakery (2430 Forrest Park Blvd.), and the venerable mid-day snack beacon The Lunch Box (6333 Camp Bowie Blvd.).

La Perla Negra purveys what it calls “Latin-inspired coastal cuisine,” and the menu is mostly seafood with some interesting-looking vegan and steak options. The bar specializes in small-batch agaves mixed with freshly squeezed juices, which sounded to me like an upscale craft margarita bar. But nothing on the drink menu struck me as kitschy or pretentious.

The place itself is cozy, chic, and comfortable. The dining room accommodates only about a half dozen tables, but it doesn’t feel cramped.

On a recent rainy afternoon, my guest and I started with one of the menu’s choose-your-own-adventure ceviche choices. We opted for the fresh and plump shrimp ceviche ($12) and decided on the costa sauce, a spicy, tangy mélange of habanero peppers, hominy, radish slivers, cilantro, diced cucumbers, and pickled cabbage. The dish was a beautiful balance of spice and zesty citrus. The heat wasn’t overpowering, but the costa sauce is not for the faint of heart.

The massive seared tuna sandwich ($12) tasted every bit as fresh. The rare catch was slathered in sesame seeds and wasabi and served on a light, delicious bun from Black Rooster with red onions, Roma tomatoes, and field greens tossed in house vinaigrette. My only complaint was the dressing. The blend of citrus juice, red and white wine vinegars, olive oil, ginger, and garlic was a little heavy-handed, but it wasn’t so copious that it obscured the bright flavors of the fish and the bread.

I’m not typically a fan of slabs of red meat for lunch, but the churrasco steak ($17) looked too good to pass up. The buttery, tender 8-ounce flank steak was served a perfect medium rare and covered in a garlicky, light chimichurri sauce with just the right amount of vinegar and salt. My fork glided through the lean cut of meat like a chainsaw slicing through a Jell-O mold, and it melted on the tongue. The steak sat on a bed of greens, which were pretty to look at but didn’t add anything.

La Perla Negra is open for lunch and dinner, and the bar stays open late and serves a limited menu. I’ve been for drinks during the evening, and the dining room turns into a loud, fun party bar.

I’m happy to report the place exceeded my lofty expectations. Almost every detail –– atmosphere, food, service –– was spot-on. In this case, the all-star team triumphed.