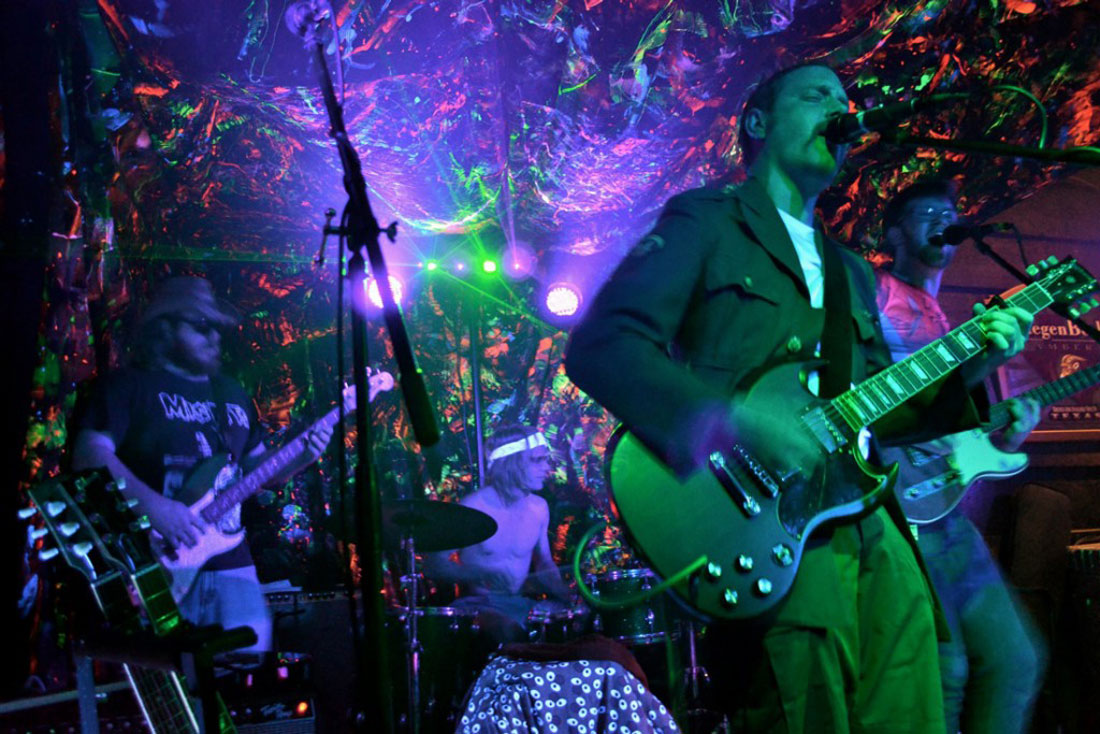 Recently, a lot has been written –– in these pages, by Steve Steward (who can be e-mailed at “s-t-e-v-e …”) –– about Fort Worth’s perhaps perverse fascination with cover songs and tribute shows. Well, say what you will (Steve). I bet you never expected Fort Worth Rock Assembly to have an appreciable impact on not just any local band but a really, really awesome one.

Like most people with good taste, a high IQ, and rugged charm, Seth Reeves has always been a fan of early R.E.M. The old I.R.S. Records material. Murmur, Reckoning, Dead Letter Office. Y’know. The kind of stuff that when I was growing up in the latte-laden Northeast in the late ’80s represented Gap cardigans, umbrageous college campuses, flip haircuts, in-depth (read: not in-depth at all) Faulkner discussions, and, uh, lattes. Bourgeois? You decide (Steve). Anyway, when Reeves’ Siberian Traps were asked to participate in the 2013 version of the annual two-day event in which local bands pay tribute to past pop-musical greats, he quickly claimed R.E.M.

“It’s some of my favorite music,” he said. “Actually learning those songs and rehearsing and performing them gave me a sense of what you can do with a guitar, bass, and drums. That Americana twang with post-punk energy –– I think that sort of started me writing in a different direction.”

The Traps’ debut album had come out recently. Recorded in 2012 in Nashville, where Reeves, a native Fort Worthian and UNT grad, lived for a couple of years in the mid-aughts with lead guitarist Parker Donaldson, the lush and dynamic Blackfoot arrived around the same time as Frances Reeves, his and wife Katelyn Reeves’ daughter. A hiatus followed. Donaldson returned to Nashville. Drummer Pete Wierenga, who works for a local AmeriCorps project, began moonlighting with C&W singer-songwriter Jake Paleschic and produced the forthcoming debut album by the upstart post-punking Fluorescents at Eagle Audio Recording. Bassist Mike Best kept plugging away at Buffalo Bros, a TCU-area sports bar. And Reeves, senior AP English literature teacher at Centennial High School in Burleson, kept writing (while changing diapers and singing lullabies and doing laundry seemingly nonstop). His worshipful approach worked out.

“I said, ‘I’m going to try to write an R.E.M. song,’ ” he recalled. “Of course, I can’t do that. I’m not those guys. I found the best approach is to try to imitate that dead on. You won’t succeed, but something interesting might happen.”

Reeves and company began playing a lot of their new material live. “After a few shows last fall and practicing quite a lot, [we said], ‘Well, might as well make another record,’ ” Reeves said. “I’m excited about the new songs. I think they’re the best we’ve ever written. [Recording them] felt like right thing to do rather than sit on them.”

The band has laid down tracks at several locations, including Eagle Audio, the home studio of Natural Anthem’s Jake Murphy, and Dreamy Soundz. “It just depends on who’s available,” Reeves said. “Some of it’s also going for a particular sound.”

Reeves expects to finish recording all eight songs by August. After that, he said, the Traps will go out on the road. Reeves, who is 37, and his bandmates, both upper twentysomethings, are hitting it hard at a good time, Reeves thinks. The Fort Worth scene has changed a little since Blackfoot. (Right, Steve?) “The most obvious is Leon Bridges’ breakout,” Reeves said. “Hey, maybe there’s a little more spotlight on Fort Worth. Maybe we can make something out of that. To me, it’s exciting.”

Reeves believes he sees part of the Leon Bridges Effect at work on Paleschic’s new album, Again, at Last. “I think Jake put out a great record,” Reeves said. “It seems to be reaching a wider audience. There’s a sense, at least I feel like it, that with increased attention, hey, it might be time to really get your name heard a little farther outside of 817. I think it’s good. I think it’s all really exciting.”

Siberian Traps’ next show is Friday with Denton indie-rockers RTB2 and The Demigs at Shipping & Receiving.