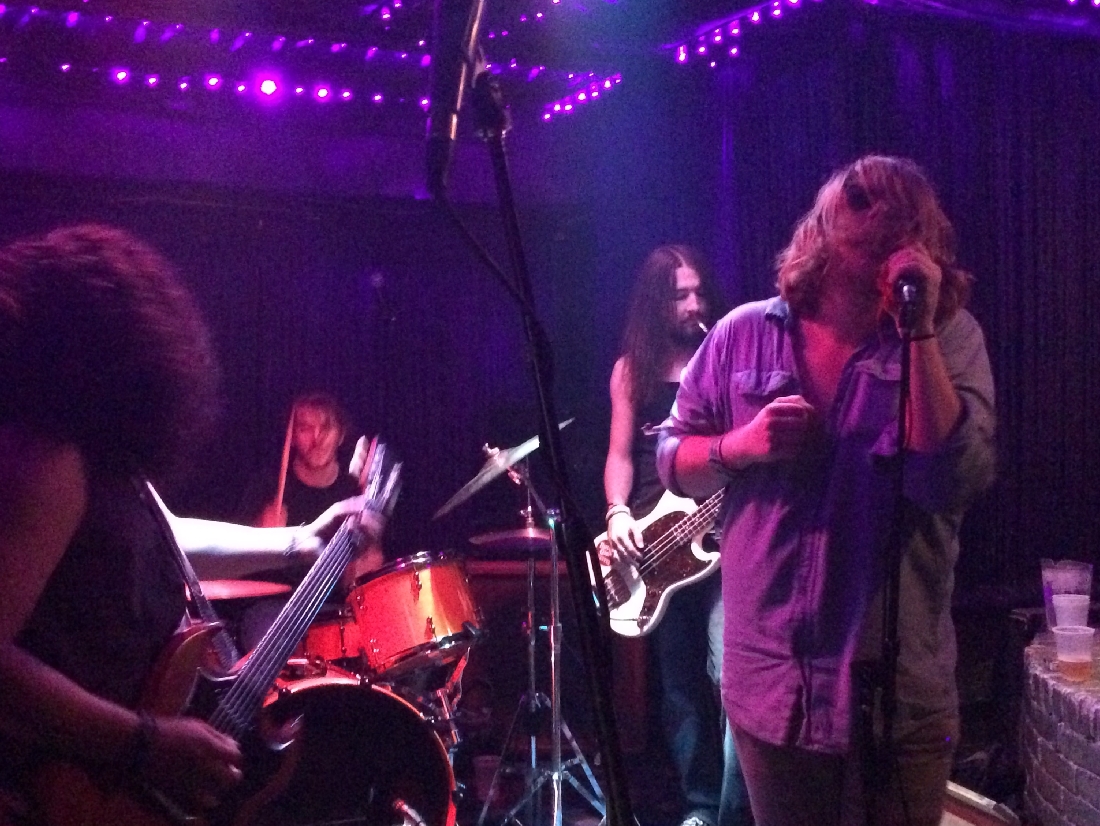 Last year, Panther City Exchange hired me to book the organization’s biggest event, The Fort Worth Rock Assembly, in which original bands cover a classic rock band. A new band, Dead Vinyl (called The Sweet Rides at the time), wanted to cover Led Zeppelin but hadn’t played their first show yet, so I set up an audition for them. At the audition, guitarist Tyler Vela, bassist Zach Tucker, drummer Valmir Hajro, and vocalist Tac Willy impressed me enough to give them the gig.

Shortly after that happy occasion, Dead Vinyl’s first year became more challenging as the band switched singers a few times. Willy left the band, wanting to go a different direction with his music. After trying out several capable front men and women, the band finally decided on Lauren Moore, formerly of The Royal Savages, to be their leading lady. Moore performed one show with the band — The Fort Worth Rock Assembly, then that relationship fizzled. Finally, Dead Vinyl landed American 45’s singer Hayden Miller to fill the slot, and he’s been their longest running frontman.

I was able to catch Dead Vinyl’s set at The Cellar, after a full day of live music. I began my day at Panther Fest listening to Ryan Tharp, Chucho, and the Chris Watson Band before jumping to Shipping & Receiving for Shake the Moon, and finally landing at The Cellar to catch Animal Spirit and Dead Vinyl. Animal Spirit put on one of the best performances I’ve seen from them. The band played a longer set featuring new songs and lots of older favorites –– their last home show before embarking on a tour through the mid-west. At around 12:30 or 1a.m. Dead Vinyl took the stage to close out the night.

The set began with an energetic instrumental jam. The band does a great job of displaying the talent of its rhythm section by having Miller and Vela step aside at different times throughout the set while Tucker and Hajro showcase their abilities. A fellow audience member noticed that everyone was captivated by the twosome. Vela’s guitar solos are reminiscent of Jimmy Page-esque ’70s-era stoner rock, or maybe that was because I’ve seen the quartet perform Zeppelin tunes.

Miller’s high-pitched vocals compliment the band’s throwback sound, although it’s often hard to understand his words during the up-tempo parts of the songs. The song “Bowldonia” showcases Miller’s vocal range and control as he cries “I’m bad for yaaaa.” As the group’s third front man, Miller has done a good job of differentiating himself from his predecessors and making the band sound like his own. That’s also the one complaint I have; as someone who has followed the band since the beginning, I would’ve favored a front person who was more in the mold of Willy’s less flamboyant, effortless style. That said, had I never seen Dead Vinyl before, Miller would seem the perfect front man for them and that’s what matters. While not an exact copy, Miller’s performance seemed to channel the energy of Blake Parish of the Hanna Barbarians, which is understandable as younger musicians often look to those who came before them.

Dead Vinyl is one of the best new bands to pop up in the last year, and I look forward to seeing them continue to grow –– now that they have what will hopefully be a permanent line-up.