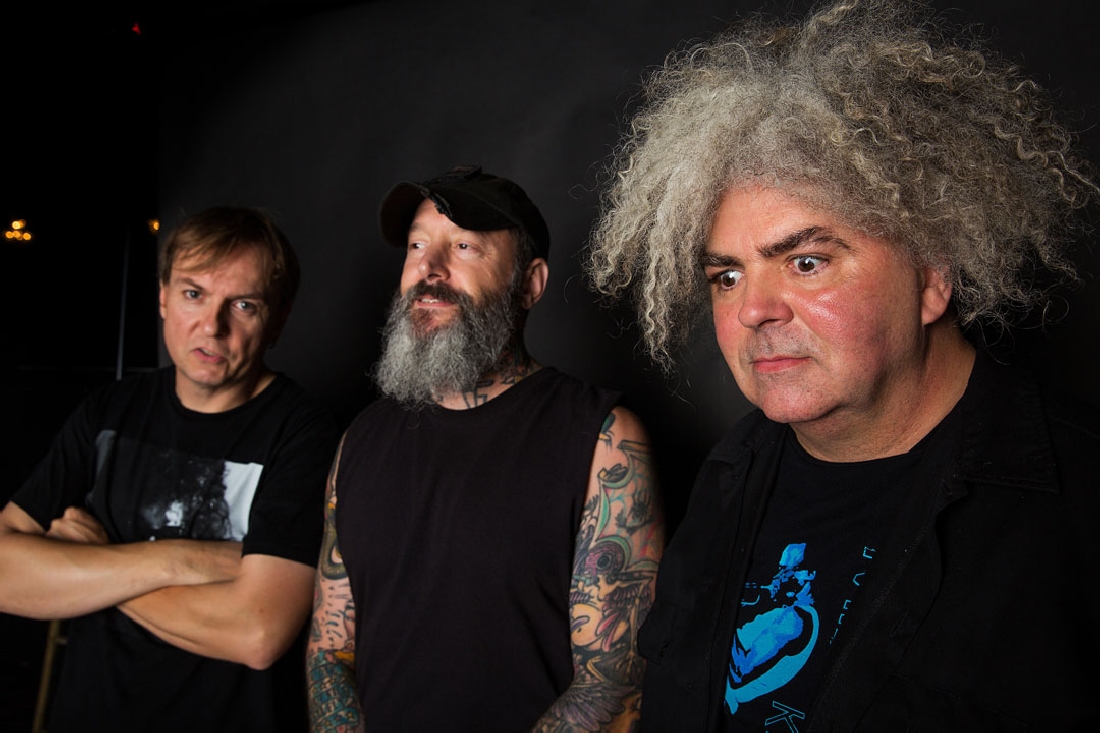 1) Melvins are playing at Trees on Thursday. Do I even have to say anything else about this band to make you want to go? Okay, fine: If you think that new documentary about Kurt Cobain is really great, Melvins frontman King Buzzo (who grew up with Cobain and even introduced him to Krist Novoselic and Dave Grohl) watched it and said (among other things) that “90 percent of Montage of Heck is… total bullshit.” Consider his words when you’re adding new “factual” information from the film to the Kurt Cobain biography conversation you have when you’re taking a break at band practice. You should also consider the fact that Melvins have existed since thrash was new, and that their sludgy mix of punk and metal has influenced every big Seattle band from the early ’90s, which actually makes them more vital than Soundgarden. This is a video of a whole live set (because you know you’re gonna blow off work the rest of the afternoon):

2) Can’t handle all that Melvins volume Thursday night? Then stay local and low-key at Shipping and Receiving, where Old 97s frontman Rhett Miller is playing a solo show. Not a lot to say about him that hasn’t already been said, other than that’s he’s a talented songwriter and a funny dude. Thursday’s show will likely be heavy on songs from his new album The Traveler, but if you and your sweetie look moonstruck enough, maybe he’ll play “Question” for you. Here’s a video Miller playing “Question” at Antone’s, featuring an actual marriage proposal!

3) I’d be remiss (and probably reminded to mention it) if I didn’t plug June’s Friday on the Green Concert (on the Magnolia Green at Hemphill and Magnolia), since it is a FW Weekly-sponsored event. But Telegraph Canyon’s headlining (at 9pm), and you also get sets (starting at 7) from Natural Anthem and Shadows of Jets. Compared to a few years ago, Telegraph’s shows have become somewhat infrequent; they’re releasing a new album later this summer, and since new material typically charges a band’s batteries, this will likely be a TC show you will talk about for a while, certainly so when you’re waiting in line at their record release party, whenever that’s supposed to happen. Here’s Telegraph Canyon humoring a chirpy morning host’s interview before they play a song:

4) On Friday night, Grandaddy’s Jason Lytle is performing at Bar Louie… Yes, you read that right. Bar Louie has entered the live music venue game for 10 weeks this summer with a Friday night concert series sponsored in part by Good Records in Dallas. So far, Vaden Todd Lewis of the Toadies and Matt Hillyer of Eleven Hundred Springs have played; both of those are great performers to see (and for Bar Louie to land), but the Friday after that (June 12) features a somewhat rare appearance by the Jason Lytle of seminal,’90s/early-aughts indie rock band Grandaddy. It’s not like seeing Jason Lytle is tantamount to Willy Wonka’s emergence from his factory after a long public absence, but he doesn’t play often, and you’d never expect to see him perform at a place that specializes in cucumber martinis and Buffalo chicken flatbreads. Summer is here, kids. Don’t miss this show; it’ll look like this but, you know, livier:

5) You know Andy Pickett, right? You do if you’ve ever been to the Chat Room Pub, if you don’t know him, he still probably knows you, because he’s the door guy, and good door guys know everyone. Andy’s that burly, bearded, affable gentleman whose zen-like calm is a model of bouncer professionalism. But he also plays sings and plays piano, and on Saturday at the Chat, he’s releasing It Happens Every Night, an album of originals recorded at Eagle Audio with Jerry Hudson, out on Dreamy Soundz. Backed by a bunch of Fairmount neighborhood musicians and/or Chat Rats themselves, Andy meanders through winking, ’70s-inflected piano pop, accented with tasty bits of strings, horns, and synth. Harry Nilsson seems to be a direct reference, but Harry Nilsson never had to kick a crack head out of bar; Andy has, though, reflected in 11 sardonic ruminations on the wack-ass, lovely, loneliness and ennui of the late-nite, drinking-class life.