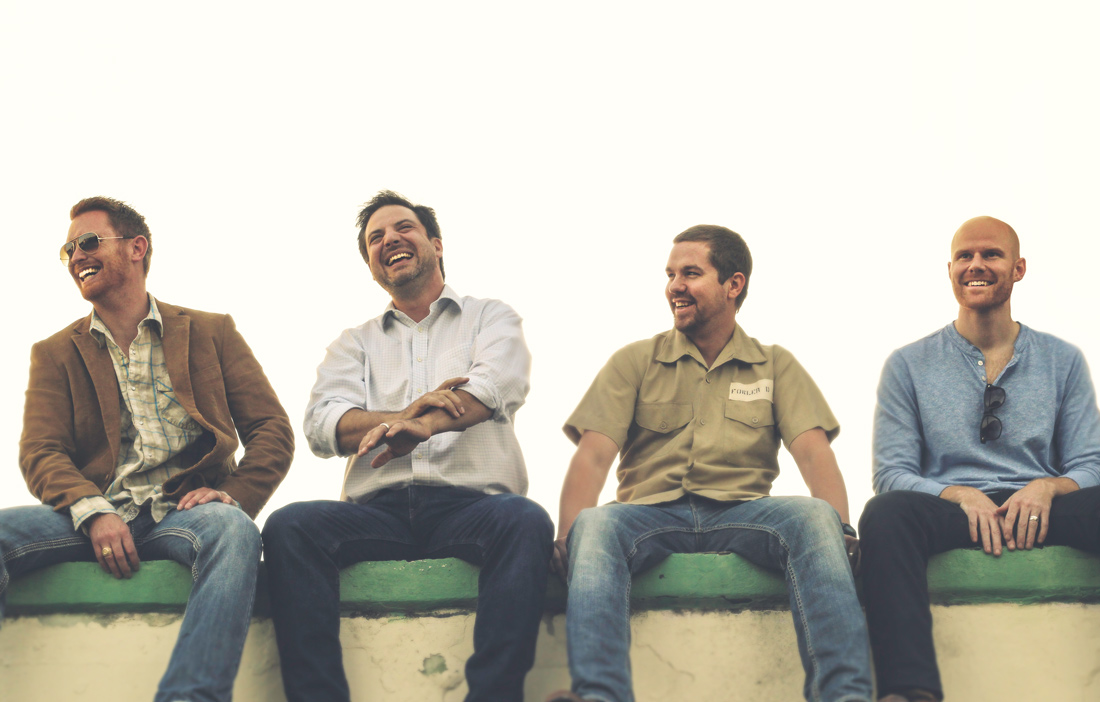 If you asked Songbird Jones frontman Matt Jones what he wanted out of life 10 years ago, the 34-year-old would have said a career in professional baseball. The Fort Worth native’s father, Mark Jones, played for the Boston Red Sox, and Matt fell in love with the sport as part of the Wayland Baptist University team from 2000 to 2004.

But college graduation came with the realization that he would have to choose another path. It was around that time that ideas for songs began flooding his mind.

“When certain parts of your life die, other things start to swell up,” he said.

He picked up an old guitar given to him by his uncle David Hearne nine years earlier and started to follow a new dream. A decade and three albums later, he’s now finishing up a new LP with Austin producer George Reiff (Ray Wylie Hubbard, Band of Heathens, Uncle Lucius).

For a man of medium build who’s soft-spoken and gentle in person, Jones wouldn’t exactly pop out in a crowd, but his voice has helped define him in a world of soundalikes. Close friend and frequent collaborator Paul Boll remembers the first time he heard Jones in person.

“I was immediately struck by the timbre of his voice,” Boll said. “His sound reminded me of a young Elton John.”

When Jones isn’t performing with his quartet — guitarist Justin Gresham, bassist Sam Mason, and drummer Adam Fowler — he often takes Boll with him to the rooftop patio of The Live Oak Music Hall & Lounge, where they play old country tunes and songs from the blues canon.

Jones admits there wasn’t much about his childhood that predicted his current career. His parents weren’t musicians, but they were ardent fans of Motown songs, Stevie Wonder, gospel, and other oldies.

It wasn’t until he first heard Garth Brooks in middle school that he fell in love with country music. There’s little about contemporary country that he listens to now, he admits, but the music he heard as a child was full of rich storytelling.

Throughout college, practicing guitar was more of a hobby than a calling, but in 2007 a friend encouraged Jones to perform at an open-mic competition at Angelo’s Barbecue. He doesn’t remember which radio station sponsored the event, but he has not forgotten the experience –– he forgot the first verse of one of his originals. The rush of performing for a crowd and the confidence of knowing he could improvise lyrics led him to consider gigging and seeing where it went.

A short-lived job in the oil and gas industry led him to Steamboat Springs, Colo., in 2010, where he found he had free time and extra money for the first time in his life. He spent most of his time off the clock performing at any dive bar he could find. A local music store owner, Steve Boynton, heard him and offered to produce his first recording, the EP My Lonely Guitar.

Jones remembers the moment clearly: “I literally told him, ‘Here are six songs. I want you to bring them to life.’ ”

He had never played with a band before, and the experience inspired him. As natural gas production dwindled in Colorado, Jones returned home. He came back confident and focused. It was at that time that he met his current bandmates through mutual friends.

“I toyed around with the idea of the Matt Jones Band, but it sounded so boring,” he said with a laugh.

The name of a song that his younger brother Alan had written, “Songbird Jones,” stuck with Matt. He snagged it. In 2013, the newly formed band put together a self-titled LP that Boll produced at his house.

For Jones, the music starts with a story. From there, he’ll work out a melody that links the words together. Last come the harmonies, something the songwriter said he’s struggled with in the past.

“I never had anyone to formally teach me how to link different chords,” he said.

The opportunity to work with Reiff came through Boll, who performed with the Austin producer in Johnny Reno’s namesake rockabilly band in the 1990s. The recording session occurred over five 12-hour days.

Reiff, Jones said, “is a good leader, a man of strong convictions. I need to sing vocals for two more tracks, and the album will be finished.”

The 10 tracks, he said, will form one long narrative.

Songwriting has the same meaning now as it did when Jones first heard his favorite country music icons in middle school. But instead of listening to the tales of other singers’ lives, he’s relating his own story, one that now includes a new wife and a growing circle of musician friends.

“As a writer and singer, I feel I’m still very new at this,” he said. “This album simply shows where I’m at at this point in my life. My songs are pictures of my life.”