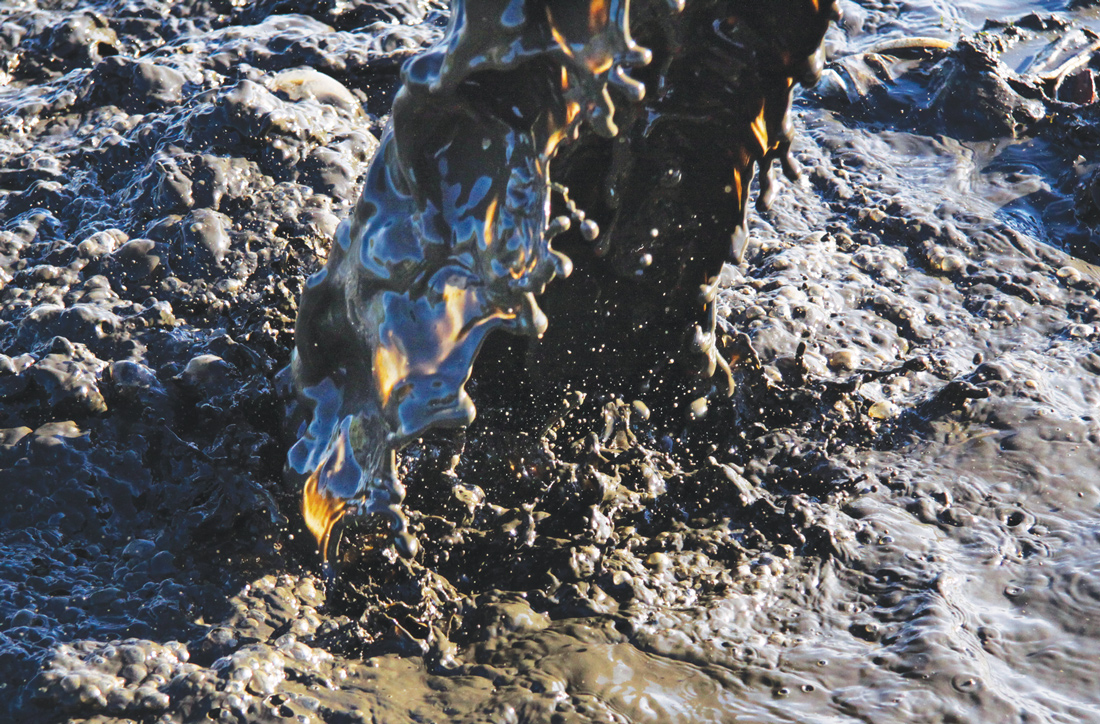 So there’s water contamination near fracking sites, but no provable connection between the two?

The industry is all over this, of course, claiming that they prove that hydraulic fracturing — the process of blasting millions of gallons of water mixed with sand and chemicals into a well to crack open shale deposits and release trapped natural gas — is safe. Anti-drilling activists believe that at least one of the studies was stymied by the industry, creating a skewered portrait of one of the hottest political issues in the state.

One study dealt exclusively with the Barnett Shale. Produced by a team from UTA, the peer-reviewed study involved samples from 550 public water sources and private wells over the past three years. Published in Environmental Science and Technology, “A Comprehensive Analysis of Groundwater Quality in the Barnett Shale Region” showed widespread “elevated levels” of 10 different metals and the presence of 19 compounds, including the extremely toxic chemicals benzene, toluene, ethyl benzene, and xylene, all of which are regularly associated with gas well drilling and fracking.

The authors of the study, according to an article on Phys.org, wrote that “these data do not necessarily identify UOG (unconventional oil and gas) activities as the source of contamination. However, they do provide a strong impetus for further monitoring and analysis of groundwater quality in this region.”

The other study was begun in 2010 at the behest of Congress. Examining the dozens of regions that have seen fracking, the Environmental Protection Agency found some water contamination near fracking sites but said that it was not very widespread, making it difficult to connect it directly to gas drilling activity.

While “hydraulic fracturing activities in the United States are carried out in a way that has not led to widespread, systemic impacts on drinking water resources,” the EPA wrote, “there are potential vulnerabilities in the water lifecycle that could impact drinking water.”

Those “vulnerabilities” include wells that leak because of bad casing or cementing, the mishandling of wastewater, and other areas that are not the result of the process itself but of human error.

Immediately after the EPA report came out, Eric Milito, director of operations at the American Petroleum Institute, released a statement.

“After more than five years and millions of dollars,” he said, “the evidence gathered by EPA confirms what the agency has already acknowledged and what the oil and gas industry has known: Hydraulic fracturing is being done safely under the strong environmental stewardship of state regulators and industry best practices.”

Not everyone agrees. The EPA scientists were supposed to take samples from sites before drilling and then go back two years later and take more samples.

At least according to documents obtained by Greenpeace. One of the companies under the EPA’s microscope, Chesapeake Energy, drilled wells in a study area before the feds could take baseline samples. Another baseline study, to be done in cooperation with Fort Worth’s Range Resources, was also canceled.

What that means is that the entire EPA study was conducted on previously published papers, with no new science done.

Amy Mall, a senior policy analyst with the Natural Resources Defense Council, told the Fort Worth Weekly that, despite its flaws, the EPA study was significant.

Mall said the EPA study did not answer some key questions for people who have had their water contaminated: What has happened to our water and what will happen next?

“The EPA said in multiple places in their report that a lack of data prevented them from going into the issue to the depth they wanted,” Mall said. “And that data was largely controlled by the gas industry.”

The UTA study, she continued, confirms that there is poison in a lot of the water in the Barnett Shale.

“The problem is that the study’s authors admit that they cannot prove it was fracking that caused the contamination because there were no baseline studies,” she said, “but drinking water is at risk.”

“This was a five-year study, the most comprehensive study ever done on hydraulic fracking,” she said. “If there was widespread contamination, it would have been found whether or not there were baseline studies. What’s most important is that the EPA was very clear that there was no contamination from the fracking process. Occasional human error? Yes, but then there are going to be degrees of risk with any energy development.”

One aspect of gas drilling that was not tackled by either study concerns private wells. In a majority of the hundreds, possibly thousands of cases where private wells were contaminated by drilling, the gas companies either compensated the homeowners or purchased the contaminated properties outright.

Every settlement came with a confidentiality agreement, preventing the homeowners from discussing their situations and rendering each case legally invisible. No one, including UTA and even the EPA, can touch them.

When asked if those cases would have changed the outcome of the studies, Brown parried.

“I will say it again,” she said. “This was the most comprehensive study ever undertaken. The study showed that whatever risks there are in relation to hydraulic fracking are being managed effectively.”

Kevin Schug is not so sure. The associate professor of chemistry and the lead scientist on the UTA study believes no study can be considered comprehensive without baseline samples.

“Baseline sampling of water prior to drilling is the key to a real study,” he said. “We would love to do a study that included that, so that we could follow the condition of the water before, during, and after gas extraction.”

Given that neither UTA nor the EPA included baseline sampling, was he still able to see a pattern of contamination in places that were drilled more heavily than others?

“It did appear that we saw higher levels of metals and contamination in areas where more gas is being extracted,” he said. “The more active counties in the Barnett Shale certainly show more contamination.”

Geoffrey Thyne, a geochemist and a member of the EPA’s 2011 Science Advisory Board, a group that reviewed the draft plan for the EPA study, told the Weekly that, “The value of the [EPA] study is considerably less than it would have been if those planned baseline water studies and the follow-up to them would have been done. Much less.”