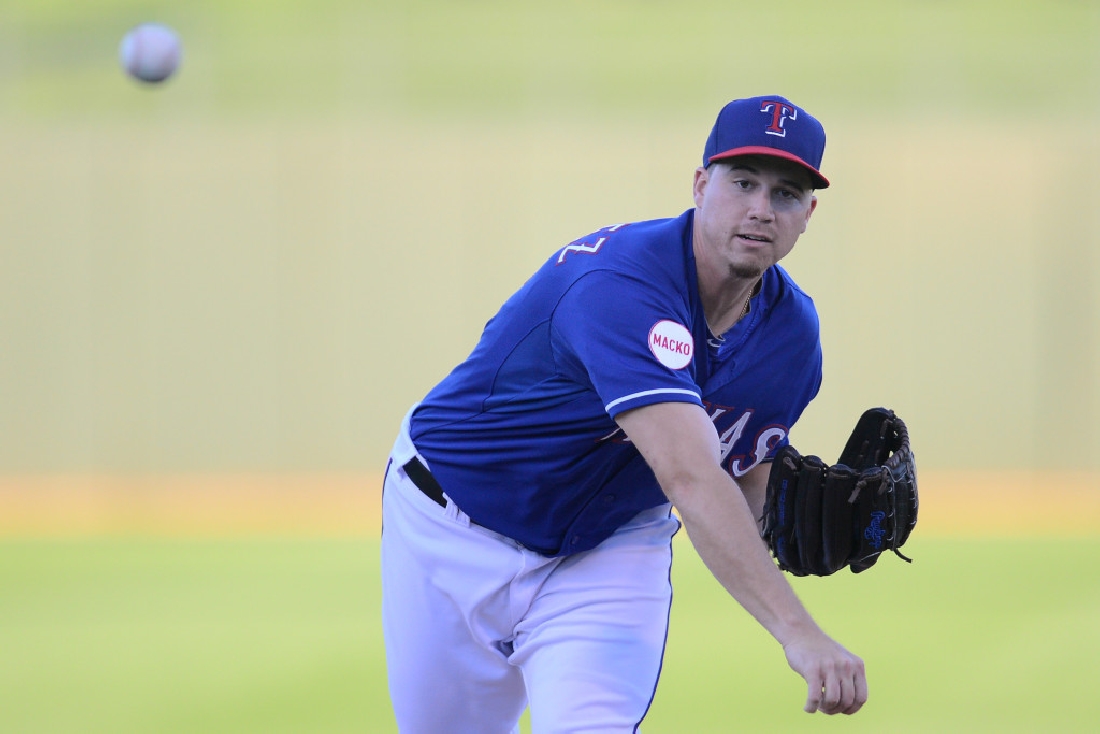 So, how has the pitching staff held up since?

Well, the Rangers’ backup plan couldn’t have gone much better than it has. The combination of consistent veterans like Colby Lewis, Wandy Rodriguez, and Yovani Gallardo and young arms (Nick Martinez, Chi Chi Gonzalez) performing up to their potential, has meant the pitching staff has held up just fine. Along with their success, the younger pitchers have been learning all year from a veteran group more than willing to help out.

“However they carry themselves, I almost try to copy them,” Gonzalez said of his veteran teammates. “I look up to them. They’ve been there and I respect them. I just want to be one of those guys.”

Gonzalez, a 23-year-old rookie, was ranked as a top-five Rangers prospect by MLB.com. He came into the series in Chicago sporting a 2-1 record with a 0.90 ERA in four starts. The 24-year-old Nick Martinez has also been one of the staff’s biggest success stories. He’s sporting a 5-3 record and a dazzling 2.77 ERA.

“Sometimes in this game, you get the test and then the lesson,” said Martinez. “[The veteran pitchers] have taught me the lesson before the test, which has been of tremendous help.”

Veteran pitcher and Fort Worth native Yovani Gallardo said part of mentoring young players is just a matter of reminding them how talented they are.

“They don’t need to change anything,” he said, “just continue to prepare.”

It’s not just the young players contributing to the success of the staff. Gallardo, in his ninth season, is having the best season of his career ERA-wise at 2.98. Wandy Rodriguez, an 11-year veteran, has pitched the second-best season of his career in terms of ERA at 3.20, after being claimed off of waivers on opening day. Colby Lewis, 35, leads the team in wins with seven, which is good for seventh in the American League.

The Rangers’ starting pitching has played a key role in their successful campaign thus far, just not in the way expected by manager Jeff Banister.

“The veteran pitchers have gone out to compete, as expected,” said Banister. “We didn’t know what to expect out of Chi Chi. He has been a pleasant surprise. Nick Martinez has also been very good.”

For a staff that has lost their top three starters, you couldn’t ask for more out of these pitchers, production-wise. And while the average fan may not be getting the entertainment value of Darvish’s strikeouts and the reliability of Holland and Harrison, they are seeing consistent pitchers playing up to their potential, which has led to winning.

“They have been right in the middle of the success we’ve had this year,” said Banister. “Without them, we don’t have this success.”