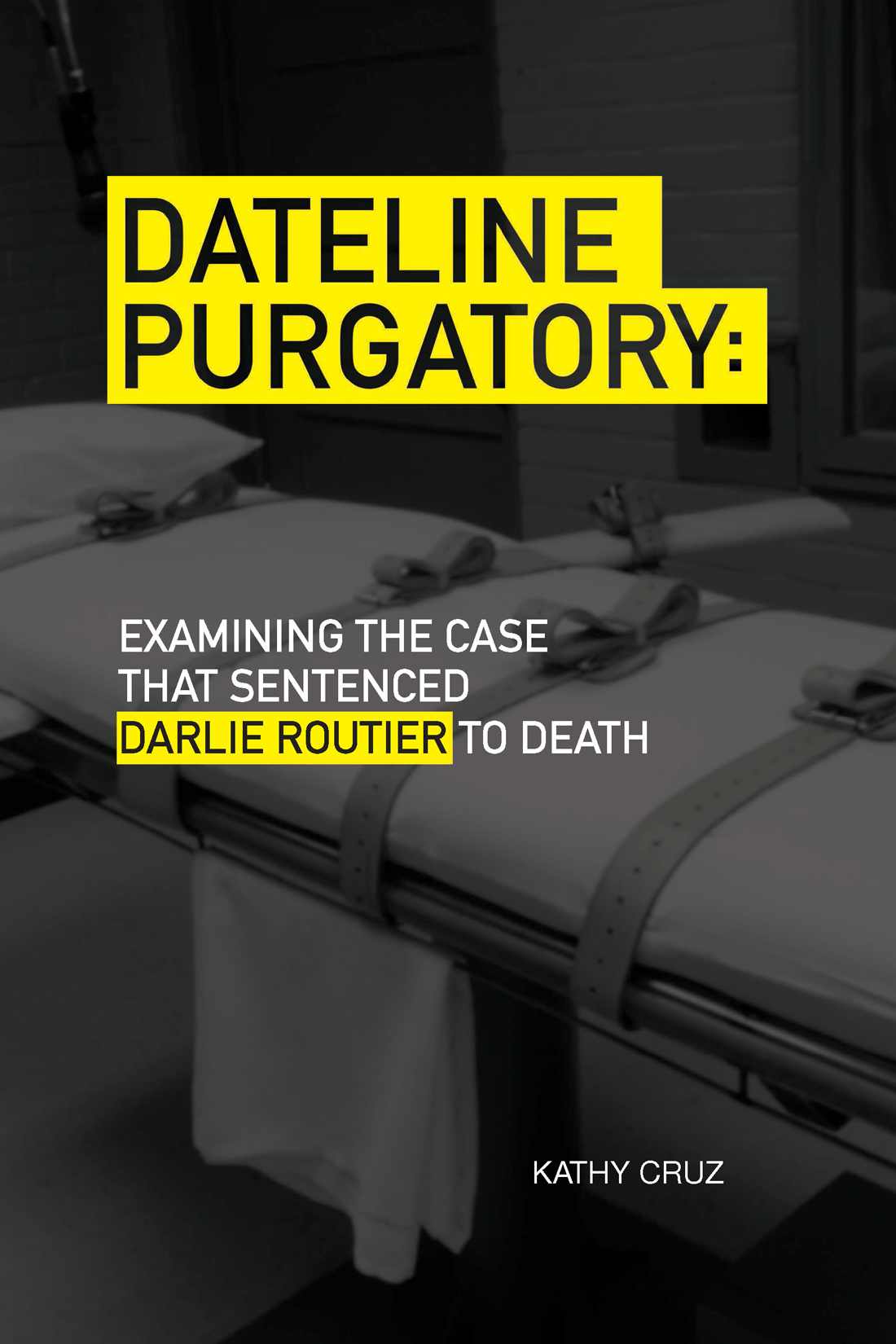 Darlie Routier. If you remember her at all, you’re probably seeing the same mental image that most of us have: a young, attractive blonde woman chewing gum and spraying Silly String onto the new graves of her little boys. She was wearing shorts. She was laughing.

The children were murdered in June 1996, and Routier, convicted of the crime, still sits in Mountain View prison in Gatesville. She’s been there almost 20 years.

There are numerous lawyers, police officers, and judicial scholars who believe that Routier was railroaded, poorly defended, and found guilty on the basis of irrelevant factors. Her hair was bleached, her breasts augmented, her clothes and jewelry flashy. Jurors didn’t like her, and the television footage of the Silly String incident was damning. But everyone who knew her agrees that she was an attentive and loving mother. Perhaps “was” is the wrong word. One son, then an infant, was not in the room where the other two boys were stabbed. But Darlie Routier never got to mother him. She’s been in jail, in court, or in prison throughout his lifetime.

Kathy Cruz has written a sizzling page-turner about the tragedy, Dateline Purgatory: Examining the Case that Sentenced Darlie Routier to Death. The Hood County News reporter drove across Texas during all her off-hours to interview everyone involved who was willing to talk. She reviewed boxes of court transcripts and other records. Her diligence and determination are remarkable. And the story she has put together casts a heavy shadow of doubt on Routier’s guilt.

Darin and Darlie Routier made their home in Rowlett, Texas, with their three sons. They lived beyond their means, and Darin had admitted that he was planning to stage a burglary as part of an insurance scam.

But police were certain that Darlie had killed her kids and that the crime scene had been staged. Some expensive jewelry lay in plain sight, so investigators ruled out burglary. A window screen appeared to have been cut from inside the house, so they ruled out breaking and entering. Darlie’s throat was slashed, and her right arm was cut to the bone. Her hands and arms were deeply bruised, and she spent two days in intensive care at Baylor Hospital in Dallas. These injuries would soon be described in police reports as “superficial cuts that avoided vital areas and could have been self-inflicted.”

Darlie has always claimed that two men entered the living room where she and the boys had “camped out” to watch a movie. All three were asleep. She awoke as one of the intruders began stabbing her. She says the boys were unconscious, having already been attacked.

A sock stained with one of the children’s blood was found 75 yards from the Routier home in an alley. Experts testified that the little boy would have lived only minutes after being stabbed. Darlie Routier stayed on the telephone with the 911 dispatcher until first responders arrived. A person thinking clearly would wonder when Darlie had run down the alley: before or after stabbing and slashing herself?

While Darlie was in the hospital and during the following days, she spoke openly with the police without legal representation. Some of the details varied from one account to the next, and these discrepancies were brought up in court.

The trial was held in Kerrville in what is known as one of the most conservative counties in the state. The defense was weak, and the judge repeatedly fell asleep during the proceedings.

And the storm just kept on gathering. The court reporter delayed turning in the trial transcript, claimed that no audio files existed because the recording equipment had failed to function, and eventually produced a transcript marred by thousands of errors. When called to testify about the discrepancies, she took the Fifth Amendment and refused to answer.

In 1999, true-crime writer Barbara Davis wrote Precious Angels: A Story of Two Slain Children and a Mother Convicted of Murder, excoriating Routier, but now that author is convinced of that mother’s innocence. Even though Davis’ account fed the flames of Darlie-hate, she now says, “It became my biggest shame.” She has since quit writing. A wealthy Waco businessman was so troubled by the case that he financed his own investigation. He does not believe Routier is guilty. And at least one juror regrets his role in the deliberations.

This story reads like Greek tragedy, although as long as Darlie Routier is still living, the story isn’t over. She could possibly get a new trial, but that’s unlikely. While incarcerated, she received a letter from a male inmate in another prison who claimed to have knowledge of what had happened that night in 1996. But along with details that seemed accurate, his forecast of the future was even more chilling. He wrote, “They didn’t want to try and execute you while you’re still young and pretty because it will draw a public outcry. So they will put off your date for 25 years when you get old and ugly. … There are a lot of people who want you to die.”

Darlie Routier, like all of us, will die. But with any luck, her death won’t be at the hands of the state.