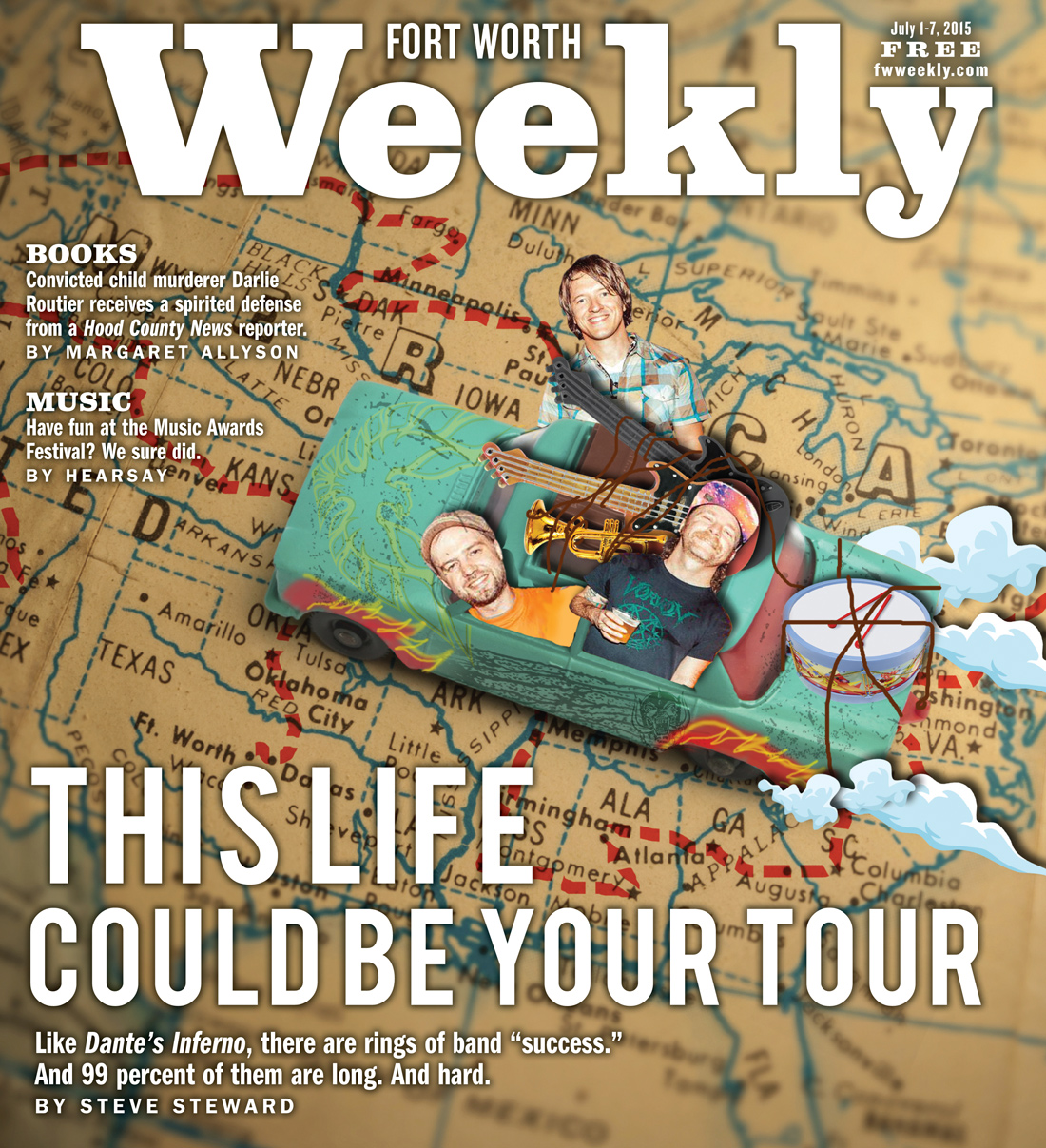 I found the most tragicomic advertisement I’ve ever seen in the fall of 2008, when my old band, Darth Vato, was loading into a crappy bar in Longview to play a show. Stuck into a planter box littered with rocks and cigarette butts was a yard sign: “Are you tired of dating drunks, addicts, and predators? lonelyinlongview Can Help!!”

An exhort that depressing (and oddly capitalized) posted outside a dive bar in east Texas should have been clue enough that we (or, more accurately, I) had booked a pretty worthless show, another disappointing out-of-town experience that all but guaranteed we’d lose money on the trip, at least short of some profligate lunatic appearing and handing out 50s to anyone within shouting distance. No such spendthrift materialized, though a meth-mouthed redneck did ooze out of the darkness at the end of the parking lot to ask if I had a spare dollar.

We were the headliners. For what that was worth. All it really meant was that we had to sit through three absolutely terrible teenage metal bands play to about 12 spectators, seven of whom were old enough to have watched the lunar landing in real time. At that point in Darth Vato’s history, I’d just sold our van (our third, the one I refused to christen with a name) after it broke down around Itasca on the way to a gig in Austin. Fixing it was cost-prohibitive, and until I found another, we were stuck hauling a trailer behind drummer Eric Dodson’s car. For reasons I don’t remember, we ended up taking two vehicles to the show, so we were already in the red for paying double for gas. At the end of the night, after we’d dutifully played 45 minutes, we made a little over $20. I remember frontman Kerry Dean on the ride home, shaking his head at the absurdity of driving two and a half hours to make about seven bucks each.

“What the fuck did we even do that for?” he said.