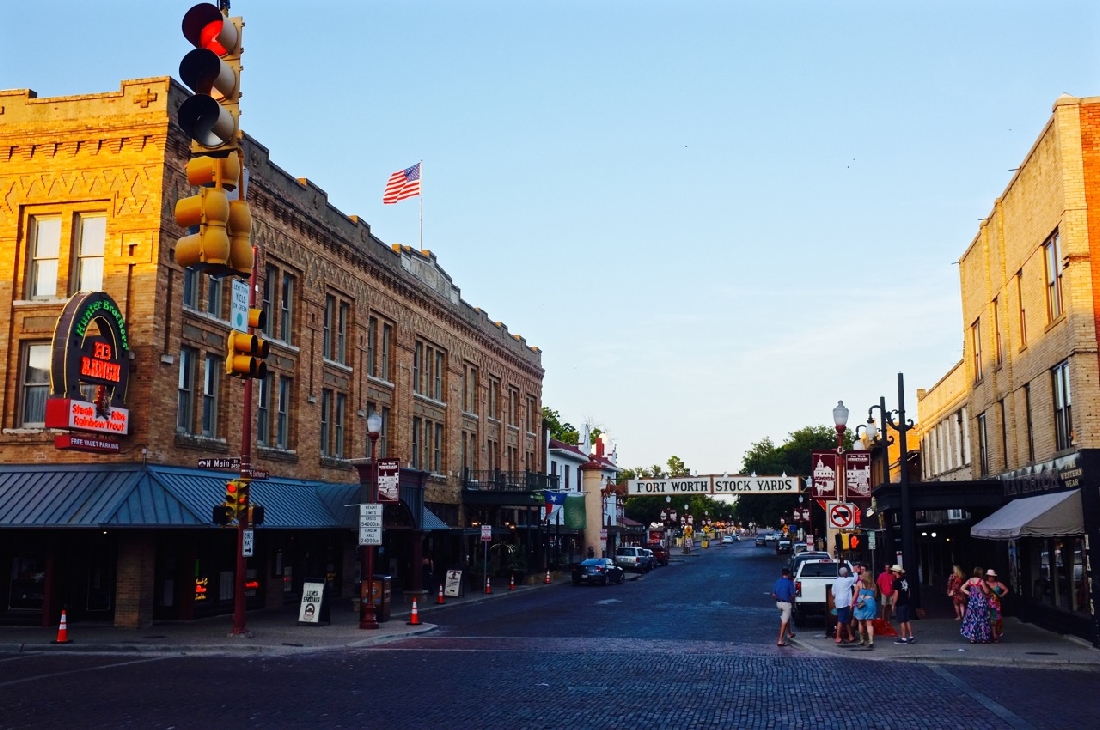 There has been a storm brewing lately over the future of a certain Fort Worth tourist destination; namely, the Stockyards. The historic home of the city’s cowboy culture is the site of a proposed development by the Hickman family of Fort Worth and Majestic Realty out of California, which would bring hotels, residential units, shopping, and entertainment attractions to 70 acres of land controlled by the group.

This has, of course, created conflict between preservationists and pro-development forces. On June 23, the National Trust for Historic Preservation added the Stockyards to its list of the most endangered historic places in the United States (along with places like the Grand Canyon). The announcement stirred up a frenzy among the pro-development side, resulting in pieces like this Fort Worth Business Press editorial that contains such histrionic language as calling preservationists “obstructionists” and meddling “do-gooders,” saying they’re “wailing” about the proposed development.

A task force was formed in 2014, charged with coming up with a plan for historic preservation in the Stockyards, and for establishing form-based zoning codes. This type of zoning is the urbanist antidote to the suburban zoning used across the United States. Rather than separating developments by use (putting all the retail, regardless of size, in one pod, all the residential in another pod, and so forth), a form-based code sets standards for the size and shape of development. Buildings must scale to fit in with their neighbors and must come up to the street and engage with pedestrians. Their specific use isn’t important, as long as the form is sound.

Form-based zoning is used to great success in the Near Southside, and it creates a walkable area that organically scales in density, always keeping a focus on being oriented to human beings. Combined with preservation of the existing historic buildings in the Stockyards, you’d wind up with new development that fits into its context and makes the area feel cohesive, even if some of the newer development uses a different architectural style.

However, at some point between the task force’s 2014 creation and more recent meetings in the last few months, the directive has changed. Now, the task force has been asked to focus on design guidelines, rather than form-based zoning and historic preservation (note in those minutes a task force member specifically asked about where the charge for preservation has gone). Design guidelines generally make new buildings look sort of historic-ish, spelling out what sorts of architectural styles can be used and the appearance of the materials used to build them. While design guidelines are a fine enough goal, they are not a substitute for form-based zoning and historic preservation.

This is a real concern, because based on my perusal of Majestic’s portfolio, they mainly have experience in suburban development of the kind that’s not appropriate in the central city. Without a form-based code in place and with no historic protections, it’s entirely possible that a developer could come in and knock down historic structures to build something like a suburban Walgreen’s that’s been given a frosting of quasi-historic ornamentation.

In fact, there’s a perfect example of such a project: Montgomery Plaza, another product of a suburban developer and result of the “all development is good development” mindset that often seizes Fort Worth city government. Montgomery Plaza gave us a historic building carved up, with strip malls and parking lots surrounding it. That project, with its anti-pedestrian form, is actively detrimental to the increasingly walkable area surrounding it.

The same result could occur with a Stockyards that uses design and appearance standards without form-based codes or higher levels of historic preservation. City Hall seems to be too focused on the aesthetics of new development in the Stockyards, and too eager to press forward with new development, as long as it’s got a smattering of old-fashioned style. Real design isn’t just about appearance –– it’s about how a thing works. It’s about form.

It’s time to protect the historic buildings of the Stockyards with our highest preservation designations, and set a form-based zoning code for new development to be compatible with them. Then, when the form of development is set and the existing buildings are protected, we can be more concerned with aesthetics.