Great news on the hair front. Four years ago, the players at the Women’s World Cup were mostly wearing their hair short or in sensible ponytails. Despite some nice individual efforts, I didn’t have enough people to make a proper all-star team of hairdos. This year, however, enough people are watching the Women’s World Cup all over the world that it gives the women the same incentive to go crazy with their hair as the men have for their World Cup. (Here’s my all-hair post from last year’s tournament.) Therefore, I present the coolest, weirdest, most eye-catching hairdos from this year’s World Cup. 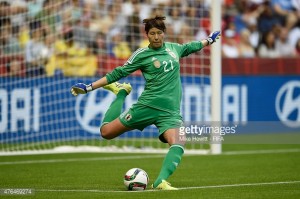 DF: Kadeisha Buchanan (Canada)
Stylish and patriotic. I love it! 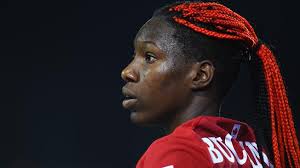 DF: Angela Clavijo (Colombia)
Continuing with the patriotic colors here. I’d have been more impressed if she’d dyed it with streaks for all the Colombian flag’s colors. 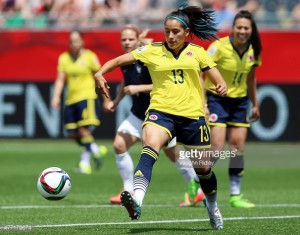 DF: Darut Changplook (Thailand)
I’ve said this about the men, but now I can say it about the women: No World Cup is complete without an Asian woman with a dye job. 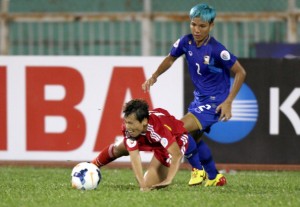 DF: Zhao Rong (China)
Uh, like I was just saying… 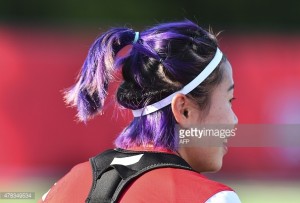 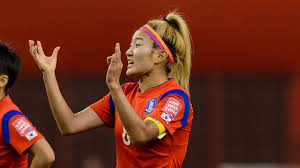 MF: Megan Rapinoe (USA)
On a whim before World Cup 2011, she dyed her hair and combed it to one side. Now it’s her trademark. 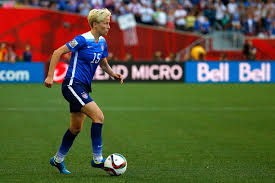 MF: Sophie Schmidt (Canada)
I think this was Pink’s hairstyle back when she was singing “Get the Party Started.” 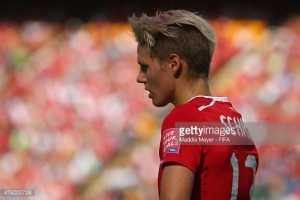 FW: Ines Nrehy (Ivory Coast)
Dyed blonde strip in the middle and her jersey number shaved into the right side of her head. There’s multiple things going on here. 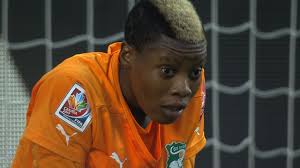 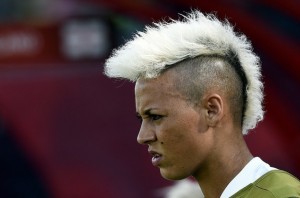 FW: Gaëlle Enganamouit (Cameroon)
I think this one wins. 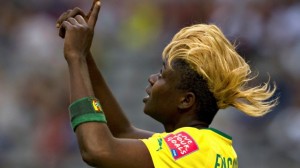 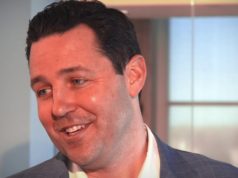