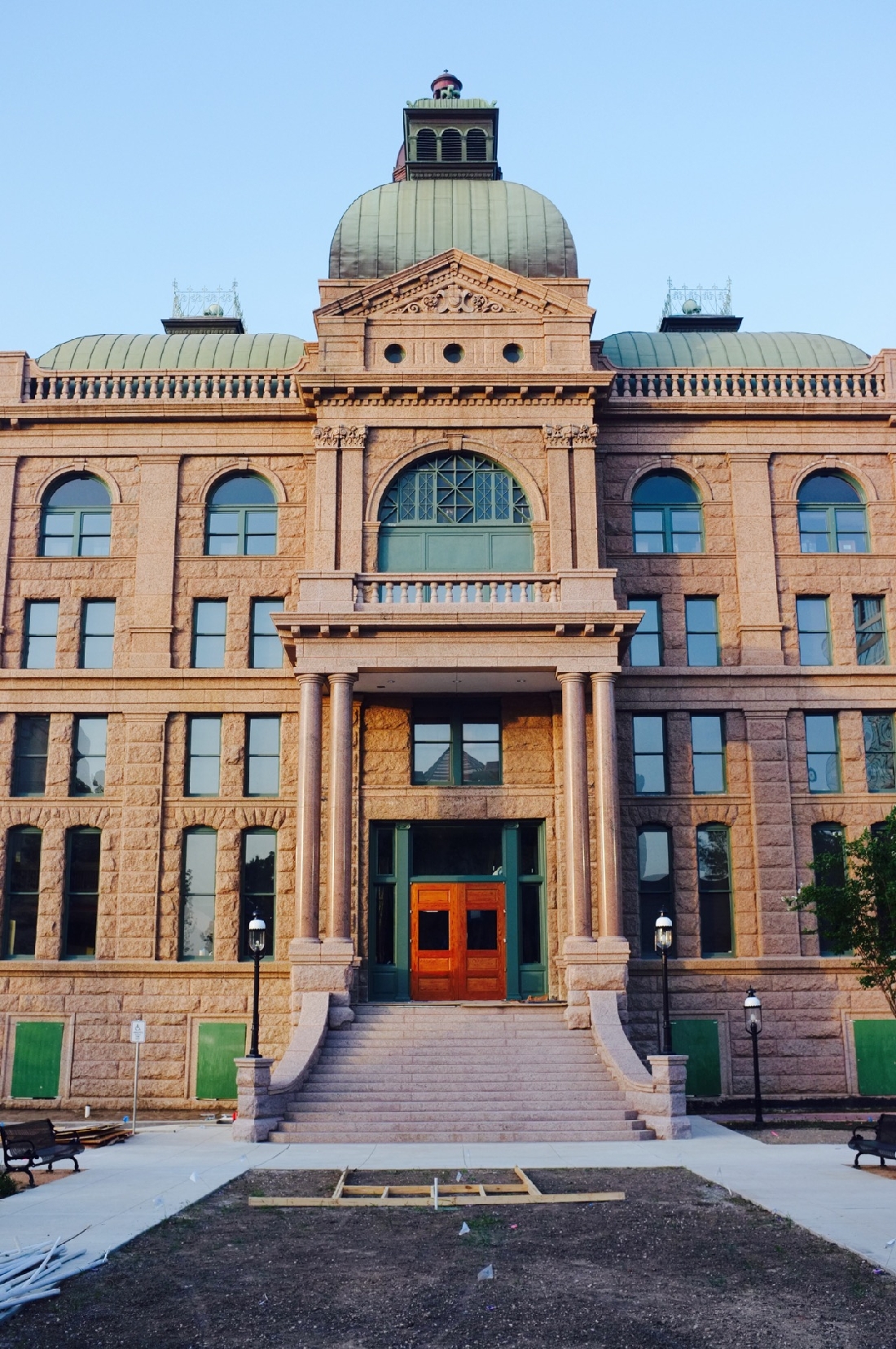 The historic Tarrant County Courthouse has been under a new wave of restoration and improvement, and it looks as though that wave is about to roll back and reveal the newest changes to downtown’s architectural centerpiece.

For the uninitiated, the courthouse lost a companion in 2013, when the Civil Courts Building was demolished. That building went up in 1958 and occupied what was once the west lawn of the courthouse, and part of an urban renewal plan that at one point called for the construction of a similar structure on the east lawn and the eventual demolition of the historic courthouse, to be replaced with a modernist concrete box with Main Street running straight through the middle. That plan, obviously, never happened, and the Civil Courts Building stood as the lone example of the misguided efforts to modernize the courthouse grounds in the ’50s and ’60s.

The Civil Courts Building originally resembled what I can only describe as a giant concrete air filter, with sterile blank walls and windows hidden behind louvers. (Its sole redeeming features were a series of sculptures of what I like to call “Justice Angels,” and these were removed prior to demolition and installed on the new Tom Vandergriff Civil Courts building two blocks to the east.) For three decades, the historic courthouse sat with this bizarre concrete growth on its west side, before a renovation in the ’80s saw the Civil Courts building given a trompe-l’œil mural in an unconvincing attempt to make it look more “old-timey.”

Now, with the Civil Courts Building finally demolished, the west entrance and lawn of the courthouse are being reconstructed. On the architectural front, the Civil Courts Building had been physically connected to the courthouse, and the original columns and detailing of the west entrance had been demolished. These have now been reconstructed in what appears to be meticulous detail, using the same granite found on the rest of the building. 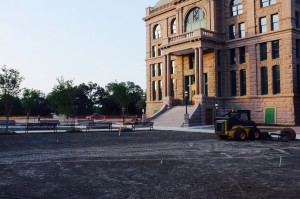 Where the Civil Courts Building once stood, there now exists a landscaped lawn with twin sidewalks leading up to the west entrance. These sidewalks are lined with trees, benches, and lights, and also connect to paths that lead around the new lawn and back out to the sidewalks along Belknap, Weatherford, and Houston streets. At the courthouse’s southwestern corner, a grand old tree that once was right up against the 1950s addition now has room to breathe, with a circular path and arrangement of benches under its shade. 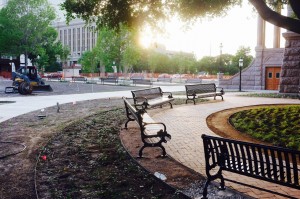 It’s hard to get across in words just how transformative it feels to have the courthouse’s lawn returned to its original feel. The absence of the Civil Courts building opens up views of the historic structure not seen in 57 years and helps showcase its relationship to both the historic Criminal Justice Building to the northwest and the Tarrant County Family Law Center and new Vandergriff Civil Courts Building to the east. Giving the courthouse back its uninterrupted place of importance makes the area around the building feel like a true urban civic space for the first time in many years.