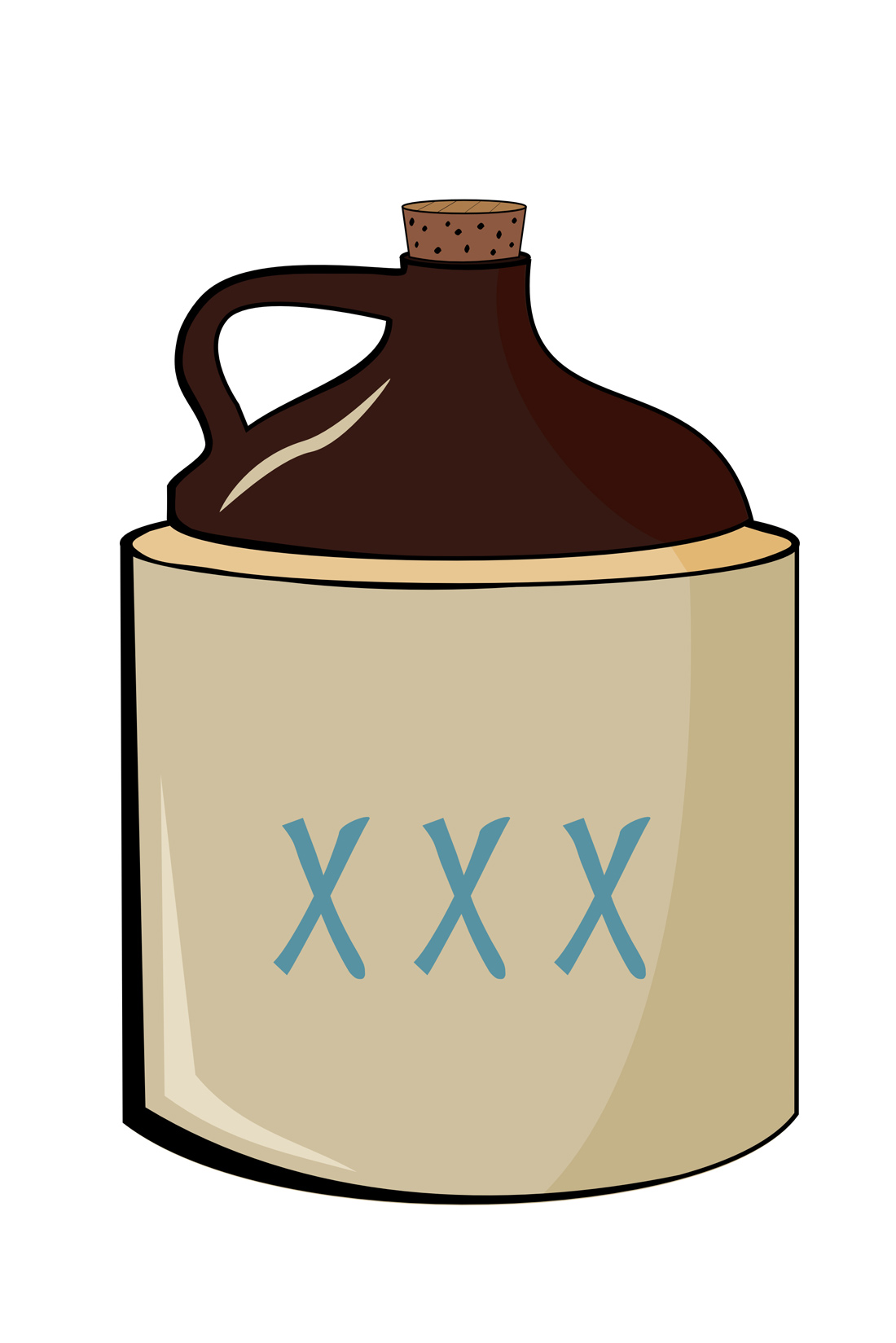 I remember my first experience drinking moonshine sort of vividly, but not so vividly as to recall the brand. Mostly, I remember that the bottle was spherical and its contents acidic enough to make my eyes water.

This friend of mine had brought a bottle with him from San Antonio, and we were pre-gaming around the kitchen bar top of the Cityview apartment I rented when I was 23. My friend poured a round of shots (in shot glasses, of course, because if there’s anything you have plenty of when you’re 23, it’s shot glasses), and we choked them down, the consensus being resolutely, “Ughhh! Fuck!” I tried a second round to see if I’d get used to the burning, vaguely gasoline-esque finish. It still tasted horrible, but I had a third anyway and awoke the next morning (a Saturday, blessedly) with the barest recollection of trying to fork fajita scraps into a to-go container at Don Pablo’s. I remember this because I scribbled most of the details in a notebook, ending with “NO MORE MOONSHINE” quadruple-underlined in emphatic ballpoint pen.

That was almost 12 years ago, so my personal statute of limitations on moonshine-related stupidity has obviously passed. And as it happens, there’s a place in the West 7th corridor conceptualized around moonshine, so I figured it was probably high time I applied the lessons of age and hangovers to giving America’s storied homegrown hootch another try.

Mash’d (“Get Mash’d,” July 8) is the second location of what I assume is a burgeoning Frisco-based chain. It’s as 2015 as you could hope for. Think: that Etsy-fied reclaimed-wood vibe mixed with huge TVs, plus a long bar that opens via huge service windows into a welcoming patio fenced in by its entrance. Above the bar is a somewhat zany poster collage loosely themed around the idea of American bad boys: Bart Simpson, Jim Morrison, and The Man with No Name join Easy Ridin’ Jack Nicholson, Goodfella Joe Pesci, a cartoonified Pulp Fiction Samuel L. Jackson, and young Frank Sinatra’s mugshot. On the opposite wall, Old Blue Eyes’ quote about feeling sorry for people who don’t drink (“When they wake up, that’s the best they’re going to feel all day”) quietly reminds you that ordering water here is definitely dull and maybe even a little bit for pussies.

I still ordered a water, but I also got a cocktail. Most of Mash’d’s specialty drinks feature moonshine in one form or another. In several concoctions, the ’shine is infused with blueberry, watermelon, honeydew, or “cherry limeade,” as was the case with the Bootleg Mule. If you’ve ever put vodka into a cherry limeade from Sonic, that’s the basic flavor profile, made all the more refreshing by the ginger beer and chilled copper mug that honors the cocktail’s Moscow Mule origins and does not surreptitiously flout open container laws.

I thought it was kind of silly to go to a restaurant with a moonshine-forward focus and not sample the good stuff, so I ordered a four-shot flight. My server, tall, blonde, pretty, and evidently knowledgeable about the liquor, asked how much I knew about moonshine. Sparing her the previous details, I said, “Oh, it’s been awhile.” Mash’d carries nearly 30 different flavors and offers flights four for $14, divided into three types: fruit-infused, traditional “white lightning,” and the so-called “a lil’ different.”

She pointed to the white lightning section. “These are kinda for the pros,” she said.

Duly noted. Of the “lil’ different” flight — American Born Dixie Tea, Midnight Moon Apple Pie, Firefly Caramel, and Midnight Moon Cranberry — I would probably order the Apple Pie again. The Firefly was easy to drink but cloying, and the Cranberry brought up memories of college apartment parties and trashcan punch. In truth, I tried only about half of each. If you’re into sampling, you might want to bring a friend.

Mash’d was an excellent reintroduction to the world of moonshine, certainly better than my amateur-hour acquaintance way back when. I might have been missing the exuberance of youth and golden-hour magic, but this time around, I think the way you appreciate things when you’re older more than makes up for it. At least this new memory had a better ending: I remembered the rest of the day. — Steve Steward