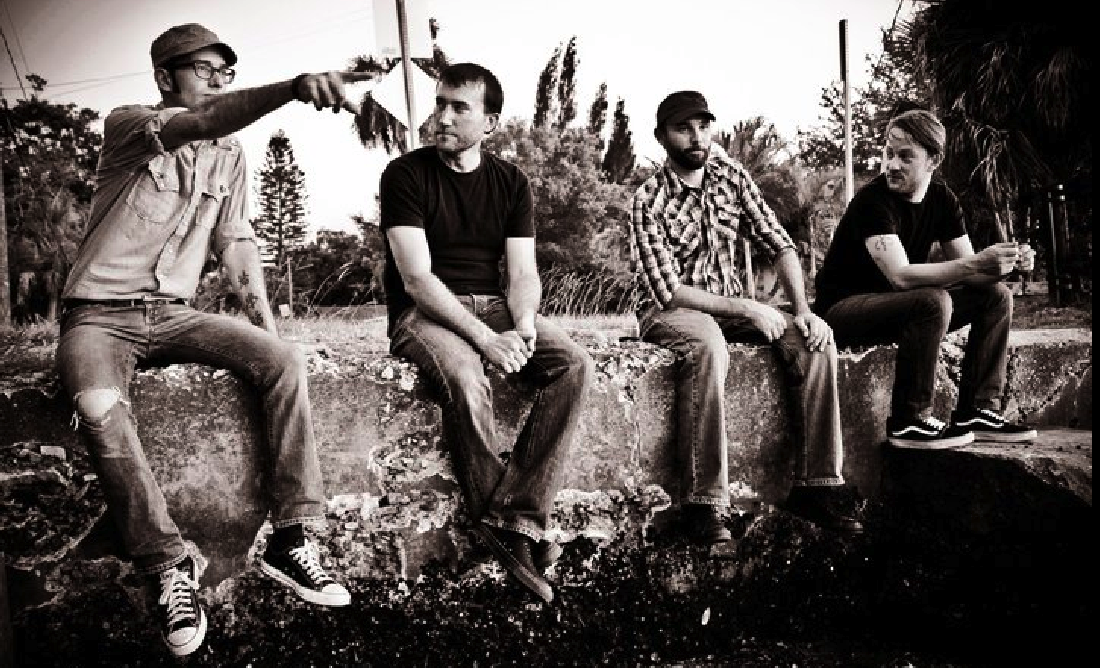 1) Caves has a show for its “Day of the Dead Summer Party”; I thought Day of the Dead was the day after Halloween, but hey, bands and patio, right? Caves’ recently expanded patio is pretty sweet, and if you’re down for a hot, meat-markety, Arlingfun night, popular NOLA psych-punk band Yojimbo is the headliner, with electronic dance act Stereo Control and alt-prog band Mammoth King kick things off. Wanna watch Yojimbo the film? Great news! Here it is on YouTube, but in Spanish:

2) Tell the rest of your work day to go pound sand and watch an episode of “Have Gun, Will Travel”—they don’t make shows like that anymore, do they!Presumably named for the TV western, Florida Americana group Have Gun Will Travel is releasing and album into the wild that night. Maybe it will become so popular that a wealthy, clueless schlub from a flyover state will pay $50,000 to shoot it and have it mounted as a trophy!

Anyway, the bill is headlined by the Vandoliers, a super-group country band assembled from members of the O’s, the Phuss, and Whiskey Folk. Normally, the notion of a super-group brings to mind something terrible that probably includes Buckethead or Jeff Beck, but I reckon the Vandoliers are far more tasteful than that—given that all of the donor bands have big fanbases, this has the makings of a totally packed show. Garrett Klahn plays at 9, and Bad Mountain is at 10.

3) Got about 27 minutes to zone out with some metal? Here’s what appears to be an entire Tolar set:

Tolar are playing One Fest, so if you assume that the rest of the bands are similar, you’re correct. But if you ask me, calling an event One Fest doesn’t tell you much about what type of music to expect. Is it a festival for a single genre, or is the lineup so diverse that it obviates the need for any other fest? I thought Spillover did that already, but whatever. Dallas’ One Fest is actually diverse in that it showcases many of the near-endless permutations of metal (and there’s some hardcore, too) with almost 50 bands across two days and three bars (Three Links on Friday and Saturday, Wits End on Friday, and Prime Studios on Saturday). The lineup is too exhaustive to list here, but more than half of it appears to be locals—if I were free on Friday, I’d want to jump between Three Links and Wits End to see Baring Teeth and Clear Acid; Saturday’s notables include—among many, many others—Warbeast, Steel Bearing Hand, Devourment, (and don’t forget Tolar). Wristbands per day are $30, or $35 for both days. For a full lineup and more info, check out Three Links’ site.

4) Squanto made a commercial for this show:

You can read more about the Longshots “Mucho Mango” 7” release in Hearsay; they’re shooing it off into the wild at a house show on Friday night along with former member Jake Paleshic (remember when he played bass in this band? No? Well, he used to play bass in the Longshots), Bummer Vacation, War Party frontman Cameron Smith’s Surduda project, and DJ sets by Son of Stan. Called Temple of Dawg, the “venue” is located at 2625 Frazier Ave. Five bucks gets you admission and keg access; $7 gets you admission, keg access, and a copy of the record.

5) Don’t you wish TV music performances still looked like this? Oh well. Plug in a Colecovision and cry about it, I guess. Still…

Not sure if Tanya Tucker is playing Billy Bobs on Saturday night in honor of the live album she cut there almost ten years ago (the anniversary of that performance is actually September 13), but she’ll probably reference it—I would, anyway; it seems like a good story to tell in between songs so someone in the band can get a drink or whatever. Tucker has been in the music biz since 1972, when she hit it big singing a lil’ tune called “Delta Dawn”; as many people know, she was all of 13 years old. Later, after moving to Los Angeles in the late ’70s, she dated Don Johnson—before he was on Miami Vice! Famous people are interesting! What makes them tick? During that period of Tucker’s life, it was probably money, booze, cocaine, and youth. The more you know, right?