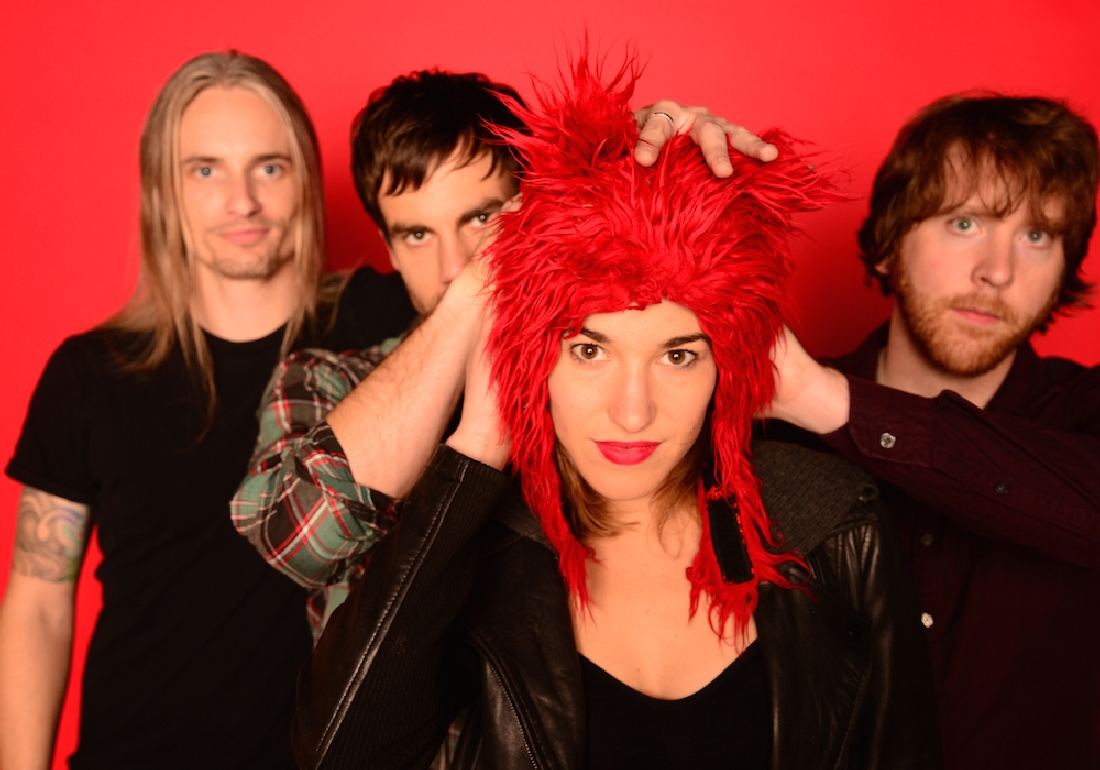 1) Attention females with rock band aspirations: you are blessed to live in a new age of Women Who Shred. You may already know of the Robert Fripp-inspired fretwork of Annie Clark, aka St. Vincent, and perhaps you’re familiar with the metal pyrotechnics of Ume frontwoman Lauren Larson. Along with those two Texas-bred Mistresses of the Axe, there’s also Dani Neff, frontwoman of Austin’s Megafauna, playing The Grotto at 10pm on Friday night. Genre-wise, Megafauna is challenging to pin down; at a basic level, it’s garage rock, but Neff’s and her bandmates’ alacrity belie the “anyone can have a band” mentality of on-the-cheap, low-fi rock ’n roll – half the time, Megafauna sounds like a prog band, though Neff’s knack for finding pop hooks is golden. Maybe they tell people they’re a “garage Rush” band? The rest of the lineup is as solid as its members’ collective musicianship; besides Megafauna’s technical proficiency, there’s the same from openers Trai Bo, OKC’s Tallows, and headliners Cleanup. Here’s a rad Megafauna video, though to fully appreciate Neff’s shred-cred, you should probably just go to the show:

2) Take a look at this “mini-doc” about Jonathan Tyler’s life as a musician, featuring a new track that features Nikki Lane!

Dallas’ Jonathan Tyler is free from both the clutches of alcohol and Atlantic Records (and, due to a lawsuit, his backing band’s former name), celebrating both of these with the release of his new album at Trees in Dallas on Saturday night. His new record, called Holy Smokes, is a rougher take on Americana than the polished pop blues he had to shell out for his former major label overlords, and the shift has reportedly reinvigorated his zest for rocking. Rootsy songwriter Wesley Geiger is the middle-slot, but be sure to turn up early to support openers (and Fort Worth favorites) Quaker City Nighthawks.

3) The Boiled Owl has another free show (donations for the bands are graciously accepted at the door) on Saturday night; Shadows of Jets is dropping their fresh-from-the-oven second album, and Gollay (which includes SoJ mastermind Taylor Tatsch) also performs, with raw blooze rockers Dead Vinyl firing up the night. Tatsch and Rachel Gollay are also in this video from the Kessler Theater:

4) You remember the video for TOOL’s “Sober”, don’t you? When it was new, I was 14 or 15, and it fascinated me in a totally unnerving way. If humor in 1993 had 2015’s sense of Ouroboros-ian, retro-fetishizing irony, maybe Mad TV might have parodied the video with the California Raisins.

Anyway, it’s been awhile since I’ve recommended a cover band show, and on Saturday night, there are three (!) TOOL tribute bands playing at Live Oak Lounge (of all places). I (possibly) know what you’re thinking: if it isn’t “I’d like TOOL if not for TOOL fans” or “Wow, there are that many people who like TOOL around here!”, you’re probably thinking that TOOL songs are long and challenging to learn, but that they’re also heavy and creepy and interesting, in which case you’ll be pleased to know that the three bands will be playing the long-running L.A.-based prog outfit’s first three albums in their entirety: Gaping Lotus will perform Opiate, Undertow will do (you guessed it) Undertow, and Banned will play all of ÆNIMA, for the low price of $9. Doors are at 8, and the first album starts at 9.

5) Not sure why, but I find this video of Johnny Rodriguez performing “Just Get Up and Close the Door” at Trader’s Village in San Antonio last year endearing:

If you’re a C&W fan in your 60s, you probably have some fondness for a couple Johnny Rodriguez songs – “Pass Me By” and “Down on the Rio Grande” will likely ring a bell in the ol’ memory banks. Good news for you, then, as the 64 year-old will be popping into the Stagecoach Ballroom on Belknap Saturday night, to amble through the hits of a career that goes back nearly 45 years. He’s one of those lucky winners of the ’70s who showed up in Nashville with scarce more than a smile, a guitar, and $14, then cut a hit and became a country star overnight. Hopefully he’ll tell some funny stories.