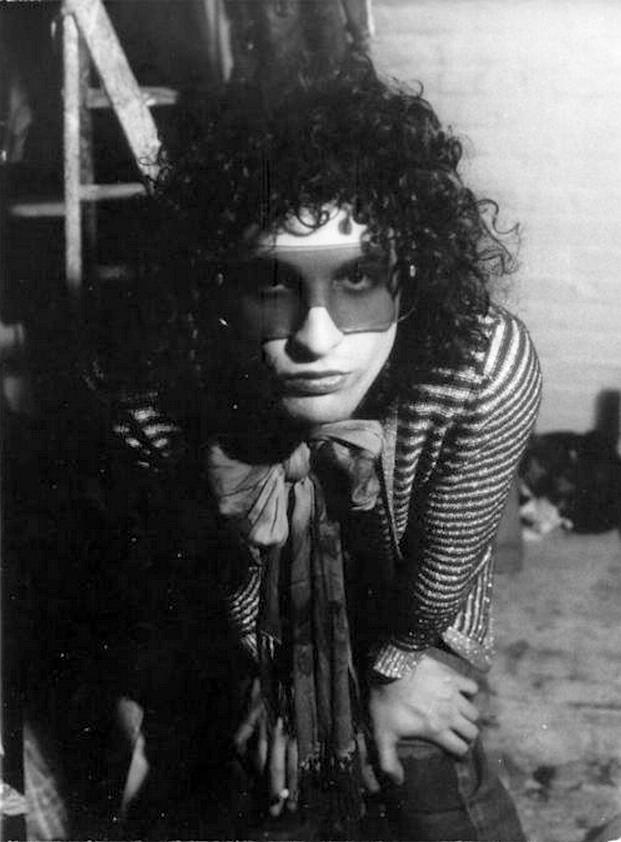 As a co-founder of glam-rock pioneers the New York Dolls in the 1970s, Sylvain Sylvain helped make too-small girls’ clothing an acceptable part of male rockers’ wardrobes. The corkscrew-coiffed moppet played the natural foil to fellow guitarist Johnny Thunders’ haystack-haired bad boy, and their music –– equal parts early Rolling Stones R&B raunch and Shangri-Las diamond-in-the-dirt pop shimmer –– brought fun, danger, and a street-savvy sense of style back to rock, paving the way for punk. While Johnny might be more notorious, Syl was the glue that held ’em together.

From 2004 to 2011, Sylvain and frontman David Johansen, a.k.a. Buster Poindexter –– the only Dolls left standing after the deaths of Thunders, drummer Jerry Nolan, and bassist Arthur Kane –– took a nice three-album victory lap. In the last few years, Sylvain has also co-led The Batusis with punk survivor Cheetah Chrome; released the internet-only single “Leaving New York”; and toured with former Sex Pistol Glen Matlock. While Sylvain is not related to designer Isaac Mizrahi (rumors to the contrary), he also keeps a finger in the rag trade –– a vocation that precedes his involvement in music –– under the rubric Truth and Soul Caps. Tomorrow night (Thursday) at 5 p.m., Sylvain will sign merch and perform solo-acoustic at Born Late Records and Tattoos (2920 Race St, 817-984-1255), the new tats/vintage emporium co-owned by St. Vitus/Blood of the Sun drummer Henry Vasquez and tattooist Brittany Elliott.

Fort Worth Weekly: Why Fort Worth, and why Born Late?

Syl Sylvain: It’s a nice place to perform, and I love to perform! It’s also to promote the show I’m playing later that evening in Dallas [at Three Links]. I’m playing with a band from Austin. They call themselves The Sylvains, so how could I not play with them?

FWW: What can fans look forward to hearing at the show?

SS: I’ll be playing a full array from my 300 years of rock ’n’ roll history. A lot of songs from the Dolls –– “Pills,” “Personality Crisis,” “Jet Boy,” “Trash.” “Give Him a Great Big Kiss” –– that was the Shangri-Las, but Johnny Thunders made a whole career out of it!

FWW: Do you have any new music coming?

SS: Yes, I’m about one-third of the way finished with a new album, in search of a record company. A video for one song is up on YouTube, “Leaving New York.” It’s got a Dolls feel to it, with Cheetah Chrome playing guitar.

SS: It always feels good. I’ve had amazing luck with musicians, not so much with making money.

FWW: Are you still in touch with David, and can we anticipate any future Dolls action?

SS: Sure, it’s still going on, maybe next year. As much as I love those three [reunion] albums, the audience never really accepted them, and I don’t think they could stand comparison to the first two Dolls albums. It would have been more honest to call them David Johansen albums, but that’s not how we got signed.

FWW: History has definitely been kind to the Dolls. What do you think is your band’s most enduring legacy?

SS: It was a combination of things: The things we thought about, the way we looked, the things we put on, the things we didn’t put on were all part of it. At the time when I was growing up, you had bands like The Who with three-chord progressions. But by the ’70s, they were doing operas, which turned me off. I like real opera, but when I’m at CBGB’s, I want to let my hair down –– not that I have hair anymore –– and take my pants off! We had a Little Rascals mentality: five guys playing in Mom’s basement. When we started, there were no clubs, so we had to find places to play. It took us three years to get signed. And when it stopped being fun, we quit.

Admission to the solo show and signing at Born Late is free. Tickets to the Three Links show are $12-15.