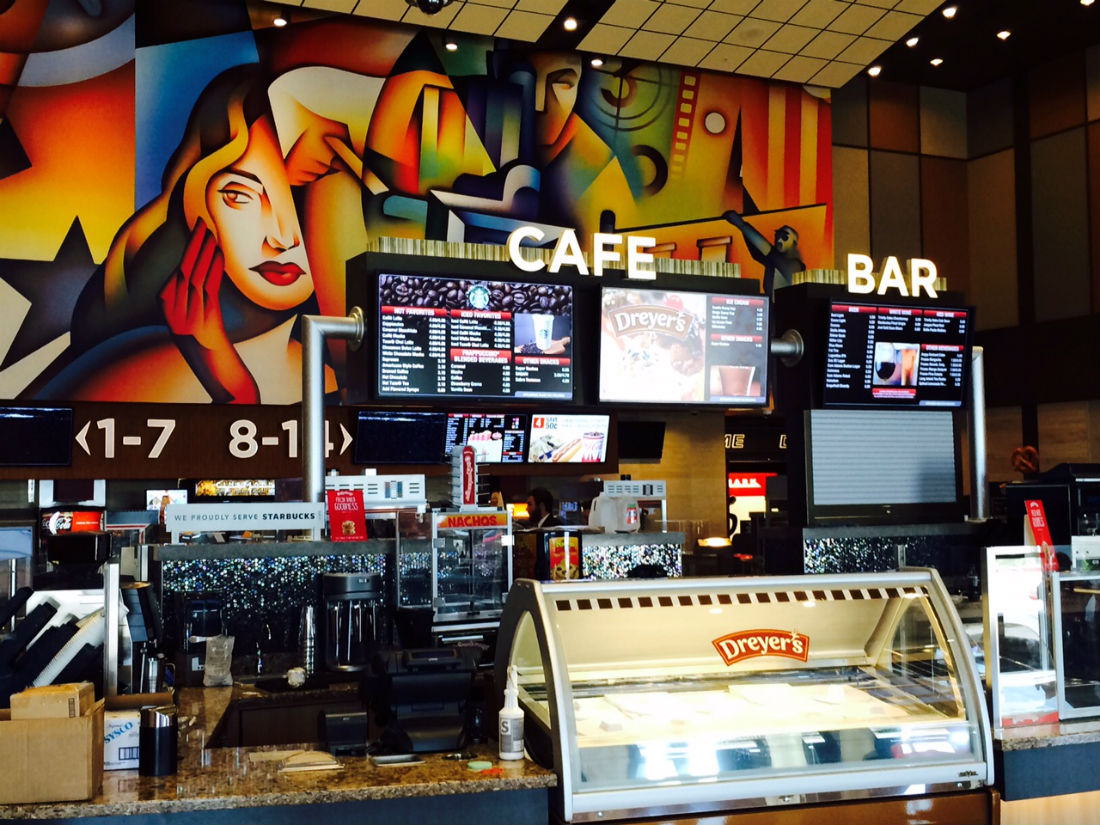 Screens Up
If you are out in Roanoke, rejoice, for now there is a new Cinemark movie theater opening there today. No more schlepping to Southlake or Grapevine to see the latest films! I was invited to a preview tour there yesterday, where I watched some trailers on the theater’s giant XD screen. The Martian landscape in Ridley Scott’s upcoming The Martian came through in vivid detail, and I also got to play the latest sequel in the Big Buck Hunter series in the theater’s arcade. This place has all the amenities you could wish for in a modern movie theater (including a bar), so moviegoers will be getting a deluxe experience just like in the big city.

Play for Us
Theatergoers who attended Mr. Burns, a post-electric play got the first news of Stage West’s announcement of its 2015-16 season, set to start in October. The season includes four regional premieres, including Joshua Harmon’s scabrous and catchily titled Bad Jews, Jean-François Regnard’s 17th-century French farce The Heir Apparent, a new adaptation of Frederick Knott’s old chestnut Wait Until Dark, and Robert O’Hara’s Bootycandy, a humorous account of growing up gay and African-American. In addition to all that, Jennifer Haley’s The Nether promises to delve into how the online world encourages people’s hidden desires. We can’t wait.

It’s Too Hot for Football
Yesterday, the football world picked up an item about an Allen football player whose shoes melted on the turf heated by 106º temperatures. When that happens, maybe it’s time to bring the players in so that they don’t die of heatstroke.

And Finally…
The whale-watching world has been rocked by the sighting of an albino humpback whale off the coast of Australia. Only one true albino whale of this species is known to exist, and this one appears to be a second one. Here’s the footage of this rare animal: