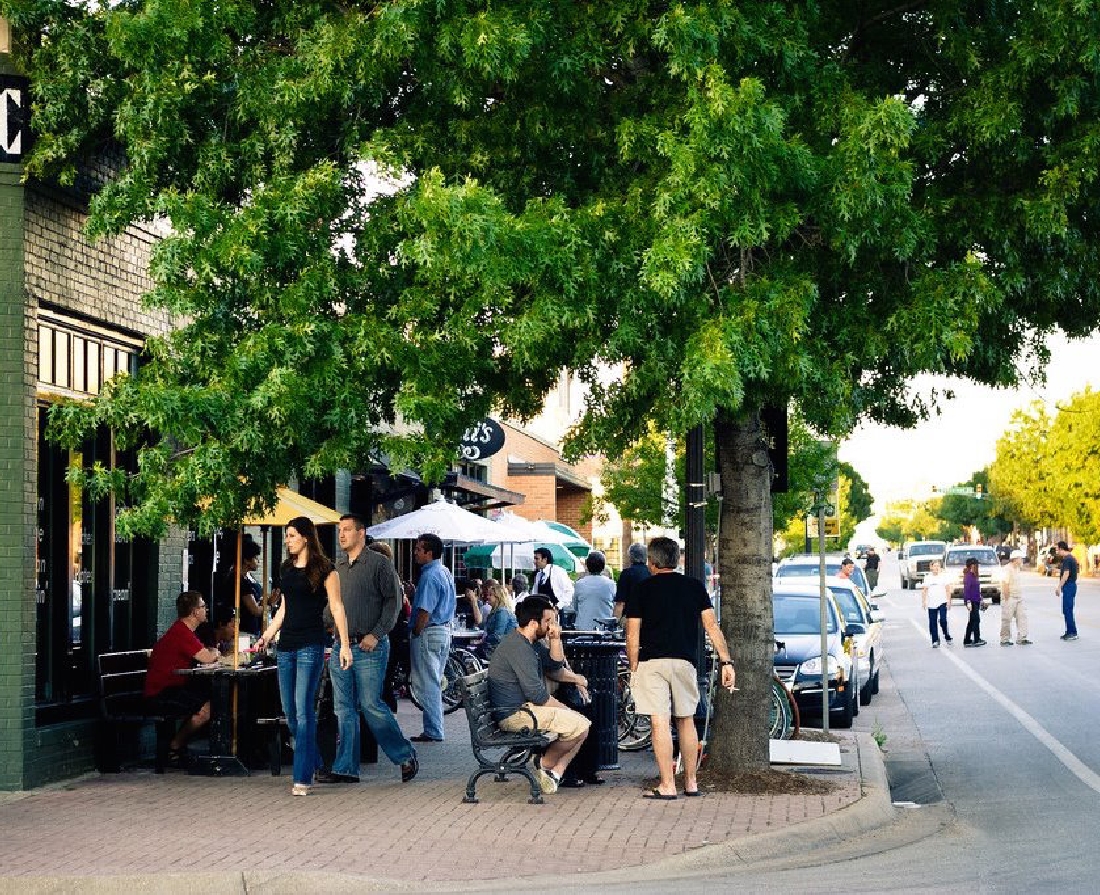 When reading articles in local media about booming central-city neighborhoods, one often sees terms like “restaurant row” and “entertainment district” tossed around. It seems that most of the perspectives on our revitalized urban areas are written from the perspective of outsiders, driving over to eat or drink and walk along the sidewalks before returning home.

If one speaks to people who live in these areas, the sentiment often changes. You start to hear talk of tourists “invading” the neighborhood, and lamentations that the cool old building down the street is being transformed into a pricey wine bar or a $50 per-plate organic steak restaurant instead of a grocery market, clothing shop, or dry cleaner. The chatter at coffee shops and on social media swirls with rumors of trendy restauranteurs trying to demolish old houses to build parking lots to accommodate all the people driving in.

It’s hard to fault people for being successful and getting back into the central city, but for new urban residents it’s also not hard to see a certain lack of variety dominating the streets and avenues of these neighborhoods. You have no shortage of choices in wine bars to walk to, but you can’t buy a head of lettuce without getting in your car and driving to the supermarket.

Peel back the specifics, and you’re left with one of the root causes of this sort of sameness of business and overwhelming numbers of people driving into a neighborhood: After World War II, city’s outlawed the creation of places like Magnolia Avenue, South Main Street, West 7th Street, Race Street, and the like. Local governments created zoning that separates development into discreet, unrelated, and disconnected pods, and required massive parking lots and roads for public access to the areas. We created the “choice” of suburbia by making it difficult or impossible to build anything else.

Now that we have people rediscovering the benefits of neighborhoods built with a walkable, interlocking mixture of housing, retail, dining, and offices, they’ll go looking for it. Since they are unable to find it in their own home, they’ll go to the few remaining places where that sort of traditional neighborhood design can still be found.

It’s a blessing to have so much renewed activity, interest, and money flowing into these places, but it’s also a curse. The more you try to accommodate the cars, the more you destroy what makes the places desirable.

The only real, sustainable solution to this situation is twofold: we must build more places in this fashion, with their uses commingled and easily walkable, and we must add more housing in the older neighborhoods to give businesses a larger local customer base and let places needed by neighborhoods survive without being so dependent on cars. Slowly but surely, we are embracing the latter, but changing the former will require some real dedication from our elected officials to change our zoning and development regulations in the city to allow these kinds of places to flourish again.