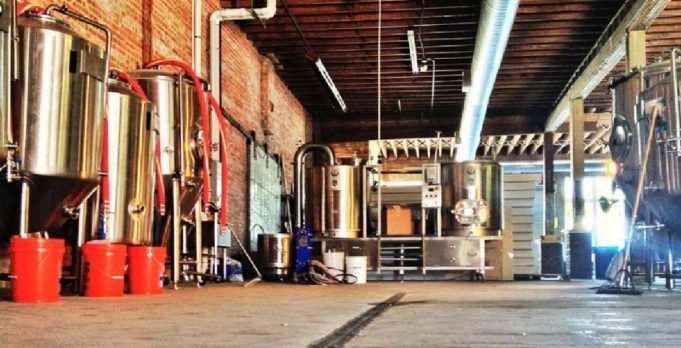 Fort Worth boasts dozens of original and hip-looking tap rooms. Now it’s time to show off this eye candy. Fort Worth Weekly and The Collective Brewing Project are collaborating on a first-ever On Tap in Fort Worth Instagram Contest. Anyone can enter, and there’s no fee. The images have to include something related to The Collective Brewing Project (think heady pint glass with CBP logo or you wearing a CBP t-shirt while walking your labradoodle or whatever doodle you have). We are giving extra points to folks to head down to CBP’s taproom for shots. Artsy, creative, or funny, we’re looking forward to seeing your take on what CBP means to you through photography. Three winners will be chosen by a panel of worthy judges: Ryan Burger (FWWeekly art director), and CBP founders Mike Goldfuss and Ryan Deyo.

Now the important part — the prize. Three winners will get $25 gift cards redeemable at CBP and have their winning photos published on the Weekly’s beer column along with some nice, framed certificates.

No more than five entries per contestant. Tag your photos @fortworthweekly and @cbpfortworth with the hashtag #ontapfw. Last entrees will be accepted midnight October 24 (CBP’s one-year-anniversary). Winners will be announced early in November.

Now’s the time to register for our first homebrew competition. The judging event and day-long party with food trucks and live music will be held November 15 at the Panther Island Pavilion Shack. For registration information click here.

You can catch TCU vs. Baylor game at the Martin House brewery this Sunday. The $20 event includes three Salsa Verde Micheladas or Bloody Marys and Day Break mimosas. Food will be provided by Bite My Biscuit.

This three-day festival promises to have “authentic German food, music, dancing, games, biergartens, dachshund races, as well as Spaten and other Fall and Oktoberfest craft beers from around the country.” Runs September 24 through 26 at Panther Island Pavilion. Ticket and event information is available here.

On tap for next week is a look at Rahr’s newest beer, USS Fort Worth. I’ll be posting a new song dedicated to the warship by local country singer Matt Jones, aka Songbird Jones.