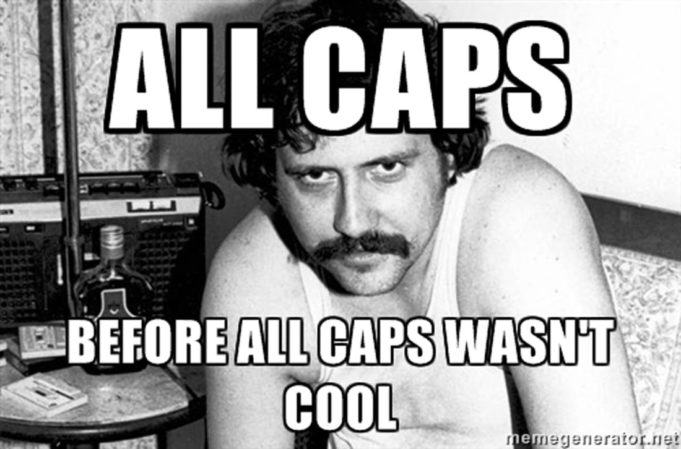 Had this fun text convo a couple of days ago.

Me: He said lots of good things, ones even I can agree with.

Ma: Yes, he is truly a humanist.

Len: Or a liberal leftwing pope.

Ma: U r entitled to ur opinion.

Me: Not if his opinion is wrong.

And after texting that to my mom and oldest brother, I thought, “I get paid for my opinion, but am I entitled to it?” And “what makes my opinion valid?” And “why in the world did anyone ever hire me in the first place?”

But. I have to say. Some opinions just … they simply … they’re just wrong. End of discussion. Much in the way that you wouldn’t want Eric Griffey commenting on power lifting or Jeff Prince opining on fashionable men’s hairstyles, you simply don’t want idealogues dictating political discussions.

You also don’t want music snobs forcing their blinkered tastes on you. Now if there’s one thing I can say in my defense, it’s that I enjoy all kinds of music and that I can argue the validity of any of my guilty pleasures. KISS? Great arrangements. The guitar part is going one way, the rhythm section another, and over the top you’ve got a great vocal melody. Milli Vanilli? Take away the two male models in the videos, and you’ve got some killer dance songs written by some killer dance songsmiths and performed by some killer studio musicians. No shame in that. The Bee Gees? Gary Numan? The Police? Rick James? Rush?! I could write a million words in defense of all of them.

No one would ever read them, but I could write them. For a nominal fee. Just like the crap I shat out for a guitar magazine decades ago. I’d forgotten about that horrible-paying gig until around 2010, when my best friend, a fellow KISS Army member, e-mailed me a link to a story in that mag about Ace Frehley. Basically, the “critic” says Frehley is as innovative as Jimi Hendrix. I almost puked.

“You have to remember, my man,” I wrote back. “I used to write for that magazine. And they didn’t pay shit. Would you trust my opinion?”

And that was the end of that conversation.

In this week’s Music section, you’ll find a review of Fort Worth singer-songwriter Ryan Tharp’s new album. Critic Prince wasn’t too crazy about it. I thought it was pretty darn good. My main argument is that pulling off that kind of dramatic, soulful music is a lot harder than people think –– one false or fudged note can throw the entire project into doubt. But Tharp navigates that terrain terrifically, which, to me, means he’s a master craftsman. Would I listen to the album recreationally? Not necessarily. Actually, I wouldn’t at all. But can I, as a critic, appreciate it and evaluate it as a representative of the apotheosis of the blues-rock-pop style? Yes, I can, and I think that other than lovingly recreating the music (to paraphrase Susan Sontag), maintaining some form of objectivity is critical to every review. The artists deserve it. And just as much as them, the readers do.