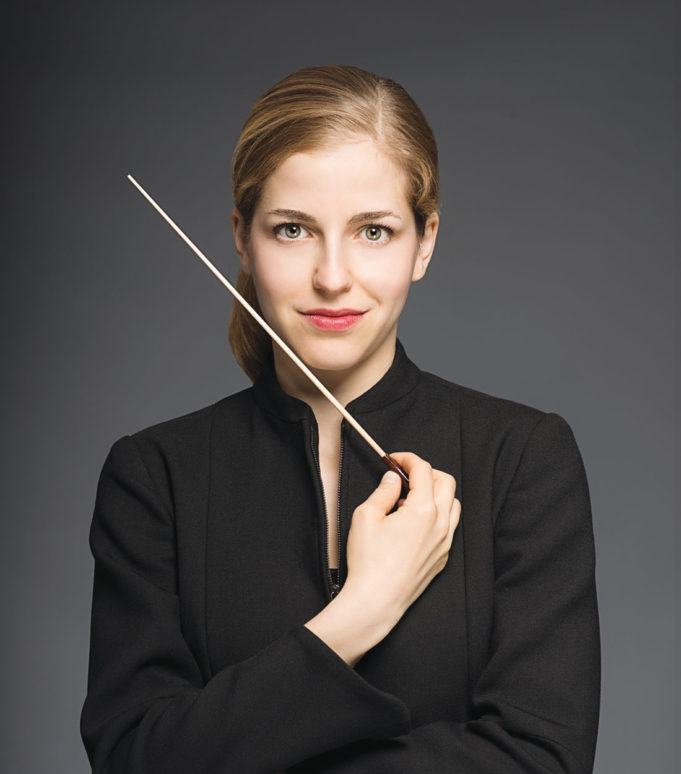 Karina Canellakis took Dallas Symphony Orchestra to our side of the county line last January, and now she’s back with a program designed to show off the various musical instruments that make up an orchestra. After Mozart’s The Abduction from the Seraglio Overture, the program launches into Benjamin Britten’s Variations and Fugue on a Theme by Henry Purcell, a piece that’s better known as The Young Person’s Guide to the Orchestra when it’s performed with a narrator. DSO’s performance won’t have the narrator, so the piece is going by its generic title, but you can still marvel at Britten’s sturdy sense of construction, his innovative sense of play, and his willingness to give prominence to each section of the orchestra and each instrument in turn.

Ravel’s orchestration of Mussorgsky’s Pictures at an Exhibition is also on the program. Some listeners will undoubtedly prefer the composer’s own wilder and rawer version of the work composed for solo piano, but Ravel is one of the greatest orchestrators in history, and his use of the different instruments to capture the varying moods of this suite (from playful to morbid to grand) is something to gape at. Rounding out the program is Ernest Chausson’s witty and clever Poème for violin and orchestra.