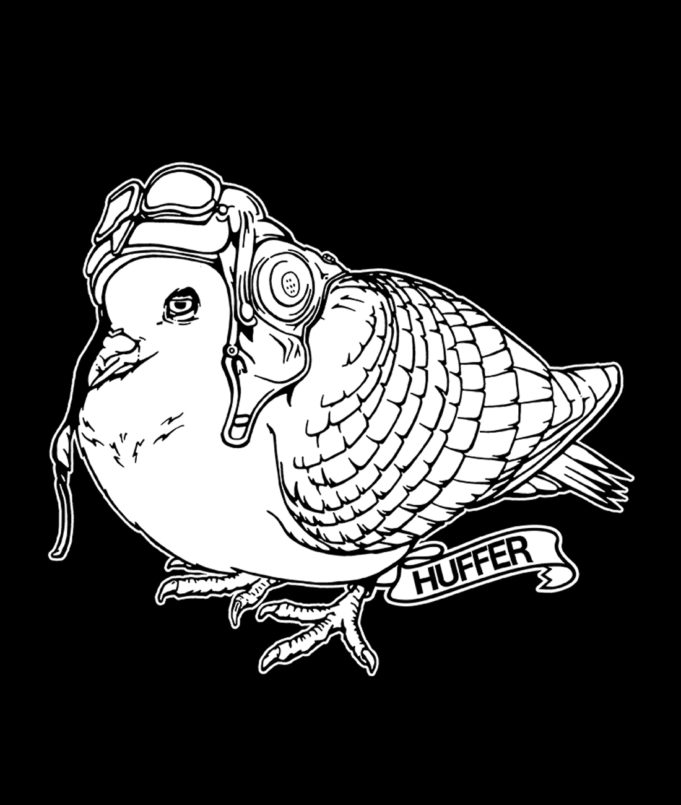 Fort Worth metalheads are so gauche. Someone needs to tell the dudes in Huffer that no one says, “CD release party” anymore. It’s “album” or “LP” release. Losers. Anyway, Huffer is having a “CD release party” (I can’t even type that without the cuffs of my skinny jeans curling) on Saturday at Lola’s Saloon with three other metalheaded bands that also probably release CDs: Southern Train Gypsy, Duell, and Bomb Quixote. Cover is $7-10.

So offended are my sensibilities by Huffer’s distinct lack of antisocial grace that I’ve listened to the two-year-old stoner-rock trio’s three-track teaser online (my precious vinyl-only ears!) only 87 times. Frontman Chea Cuevas e-mailed it to me last night. What have I been able to stomach? Solid heaviness, sludgy, dirge-y, supersonic, and, like the best of Soundgarden and Kyuss, loads of syrupy vocal melodies. And melancholy. It’s all melancholy as fuck. The monstrous lurch of “Gounded” will make you want to jump off the ledge, especially when Cuevas starts growling all Dave Grohl-like toward the end. Over a tribal beat, “Never Know” pivots on an ascending Edge-friendly riff that’s undercut, darkened, deepened by the nearly immediate bridge: cymbals splashing like crazy, the bass rolling, and Cuevas’ mimicking the soaring, sad-as-hell melody. You may think “sad and melancholy” won’t help in a world where children suffer and the criminals run the world, but the mood actually lessens the load. Like diving into a river of blood and swimming to get to better shores.

Like the rest of Huffer, the triumvirate of tracks was recorded at Kessler Sound Studio in Dallas with producer Jim King (The House Harkonnen, Duell, Honchie). For Cuevas, drummer Jeremy Nelson, and bassist Adam Snook, King was the obvious choice. “We listened to some of [his] work … and it all sounded killer.”

Considering 2016 is nigh upon us, the album has been in the works for nearly a year and a half. “There are three reasons it took so long,” Cuevas said. “Schedule clash, working all the time, and I’m fucking lazy.”

There also was a lineup change. Bassist Snook recently replaced co-founder Rob Navarrete, who also plays in The Dangits.

The musicians hit the studio when they did to be able to move forward. “We had seven songs that we [had been] playing for about eight months at that point,” the 27-year-old Cuevas said. “It seemed like a good time to go ahead and record them so we could move forward. … I’m glad that we’re done with it so we can start writing new material and get the whole process started again.”

The plan is to get back onstage quick. “Playing is a lot more fun” than recording, Cuevas said. A short tour may be in the cards, he added, even though the 26-year-old Snook bartends at Caves Lounge and 36-year-old Nelson works in retail –– until getting let go last month, Cuevas worked for FedEx.

Huffer’s next release will be an EP. The band’s only previous recording was a version of the Huffer track “High Hopes, Tied Ropes” for the Weekly’s 2014 Music Awards charity compilation CD. I mean, “album.” Why an EP? “To get something out sooner and try to keep the momentum going,” Cuevas said.

If the three tracks up online are any indication, Huffer is brilliant: rich, dense, melodic, driving, and sad, sad, sad. Imagine what it would have sounded like on vinyl spinning beneath a needle made out of cats’ claws and reclaimed record store stucco.