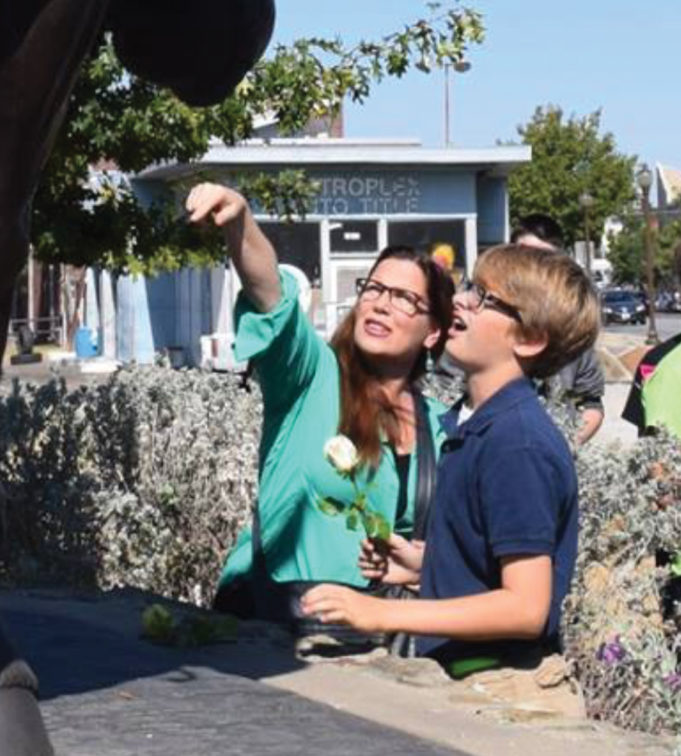 As long as there’s been public school, there have been fights about where art and music fit into it. “They’re valuable but not crucial,” say some folks. Others think learning how to read music or paint not only help create a well-rounded individual but have an intrinsic value all their own.

Lauri McKay Bevan takes a third view. The director of Imagination Fort Worth, a nonprofit that provides supplemental arts programs to schools and other educational institutions, feels the arts help teach core subjects.

Founded in 1977 as an outreach program of the John F. Kennedy Center for the Performing Arts in Washington, D.C., Imagination Fort Worth (formerly Imagination Celebration) is shifting its focus from large educational shows to developing and implementing curricula that support and augment the Fort Worth school district, local museums, and libraries.

“Basically, we create educational opportunities,” Bevan said. “That requires that we stay in touch with the schools to see what they really need.

Last summer was a high point for the group. After a decade of financial struggle, Imagination Fort Worth was finally debt free.

Help came in the form of donations by three foundations: the Meadows, Sid Richardson, and Rosenthal. The Meadows alone was responsible for $50,000. The foundations didn’t pay down the debt but help give Bevan and her staff enough breathing room to amp up fundraising efforts.

Salvaging the organization was “tough, heart-wrenching, and uplifting,” Bevan said.

In addition to the school district, Imagination Fort Worth works with 40 organizations, including Fort Worth Central Library, Kimbell Art Museum, and Sid Richardson Museum.

Student knowledge is carefully measured before and after each event, Bevan said –– donors expect measured results. One report written with help from Glen Park Elementary staff in southeast Fort Worth found students had increased attention spans and morale after students had a full year of arts-integration programs. The report included feedback from teachers and students.

Arts integration has been in use in the East and West coasts for years but has only recently begun gaining traction in Fort Worth, thanks largely to Imagination Fort Worth.

Through an existing relationship with the Bureau of Engraving and Printing in North Fort Worth, Imagination Fort Worth was able to create a field trip curriculum for the struggling students. The project also included award-winning storytellers to talk about Fort Worth’s pioneer days, focusing on the entrepreneurial spirit of the city’s first settlers. Later data indicated an increase in the students’ economic understanding.

Another program is geared toward teaching measurement to 4th graders. Through a partnership with the Trinity River Vision, Tarrant Regional Water District, and a couple of other local groups, students visit Panther Island Pavilion to measure particles and chemical levels in the Trinity River. Bevan was shocked to discover that many of the children didn’t know the river even existed.

Now that Bevan and her small staff are taken care of financially, Imagination Fort Worth Board President Josh Carrizales said he is working to build a nest egg worth two years of operational costs.

Former board member Jill Black said the work of bringing in rich arts experiences is needed now more than ever.

“Our public schools and teachers are incredibly” overstretched, she said. Providing arts integration is “critical in helping our youth become creative problem solvers.”

The debate over arts versus math and science goes on. Bevan hopes that one day the two disciplines will be seen as complementary and not adversarial.

So will arts integration one day be the law of the land in Fort Worth school district classrooms?