The Dallas Cowboys play the vaunted Green Bay Packers on the road this afternoon at Lambeau Field in the cold and rain. The chances of the ‘Boys winning the game are slightly slimmer than me winning an Oscar. And the only acting I’ve ever done is pretending to be a sportswriter. Ironically, this makes me the perfect columnist to cover the Cowboys since they’re pretending to be a football team.

Off Asides is typically fueled by queso dip, tamales, potato chips, and beef jerky. But my couch cushions have filed a complaint with OSHA. Now I’ve got to lose weight or face a stiff fine.

The game is still an hour away and so I head to the grocery store to buy something healthy.

The tilapia is on sale and I’m putting a couple of packages in my cart when a voice behind me says, “I wouldn’t eat that.”

I turn around and see an old man sitting on one of those motorized carts. I ask him what’s wrong with the fish.

I flip over a package and see something I’ve never noticed. A label lists a bunch of countries, and China is marked as the place of origin.

“You gonna trust the Chinese government?” he says.

“How do you feel about mercury poisoning?”

I’m thinking, “Who is this guy, the tilapia police?” But out of respect I put the fish back and thank him. Before I can walk away, he introduces himself as Cletus Atkiss and begins talking.

Life ain’t fair. Take that tilapia, for example. Evil people who sell tainted fish can profit from their misdeeds and live long and profitable lives, while the poor but righteous folk who buy cheap fish to feed their families are made ill or worse. The unfairness of it all can make life seem meaningless. Besides, we all end up dead and forgotten; what difference does any of it make? 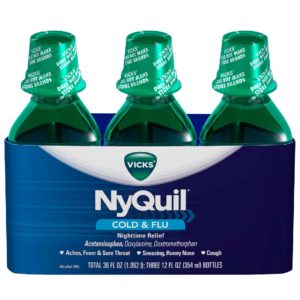 The old man is wearing overalls, tennis shoes, and a sweat-stained feed cap. You wouldn’t know from looking at him but Cletus once owned one of the biggest ranches in Texas. He built an empire with his hands and his mind. He didn’t smoke, drink, or cuss, and married a beautiful wife and had two sons. Then, on Christmas day, his wife fell off a horse and died. That next year his son was killed in Vietnam. A year later his draft-dodging, drug-dealing son went to prison. Cletus couldn’t sleep at night and started drinking Nyquil to help him drift off. Eventually he was downing several bottles a night before graduating to vodka and fruit juice. He became an alcoholic. He ate so much food he gained 100 pounds and got diabetes.

What made him saddest was the thought that for thousands of years, men like him had worked hard and lived right, and for what?  To be waylaid by misfortune? To self-destruct? We die and make room for other fools to come along and repeat our follies.

He grows quiet for a second and then says there was a time when he wished he were dead. Even worse, he wished he’d never been born.

“I’d have rather been spared all the bullshit,” he says.

Depression makes you think stuff like that. But he isn’t that way anymore. I ask him what changed his mind. He says he hadn’t spoken to his convict son for more than 20 years. One day the kid showed up on Cletus’s doorstep. The son looked like he’d been through hell but was serene and happy. He’d learned to work with leather in prison. After his release, he moved to Jacksboro, got a job making saddles, married a nice woman, and had three daughters. They all lived in a double-wide trailer with a rose garden out front. Cletus realized the son he’d disowned had figured out something Cletus never had: Don’t expect much, be grateful for what you have, take comfort in simple things, and be kind to others. That’s all it is and all it should be.

Cletus says nothing because his eyes are tearing up. He’s afraid his voice will crack if he speaks. He nods goodbye and scooters on down the aisle. After he rounds a corner and disappears, I grab the tilapia packages and return them to my cart and go looking for something called “vegetables.”

Back home, I fry up the fish along with bell peppers and onions and settle onto the couch to watch the game. The Packers knock around the Cowboys for four quarters and win by three touchdowns. The Cowboys have little chance of making the playoffs. Even if they find a way, it will be like tossing a toy poodle into a pit bull cage.

But the tilapia tastes really good. I hope that somewhere Cletus is enjoying whatever he bought at the grocery store, and maybe even hugging his grandkids.