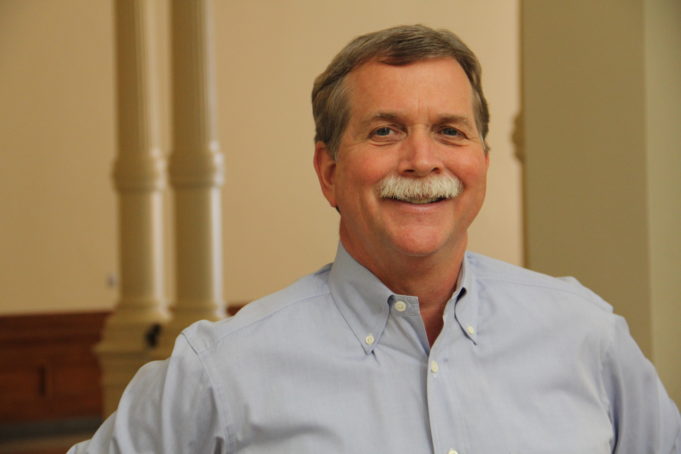 On Sunday, Dec. 13, former Texas State Representative Lon Burnam (D—Ft. Worth) officially tossed his hat into the ring for a seat on the Railroad Commission of Texas, which regulates the oil and gas industry here. Burnam, who was defeated in a primary challenge prior to last year’s election after serving nine terms in the State House, said he has been thinking of running for the RRC for more than 30 years.

“I think there are profound problems with the way the oil and gas industry controls the Commission and I think we need to have some balance in the way the Commission operates.” The short version, said Burnam, “starts with the rights and safety of the people of Texas being taken into consideration as we develop our resources, rather than the only consideration being given to the oil and gas industry.”

The time for entering the race is right, he said. “This is the first time there is an open seat on the Commission that I can remember. That has come about because the chairman of the Commission, David Porter, has announced he will not seek reelection.”

While Porter’s term runs through early January, 2017, it’s probable that he will be replaced by an appointed Republican to finish out his term as an interim commissioner. If that happens, the interim commissioner would have a leg up in the political race for the seat that will be determined with the elections in November, 2016, simply because he or she will already be in place and probably have some Commission accomplishments to tout during the run up to the election.

“I think it’s important to challenge for the seat,” said Burnam, “because with a Commission of only three people, I’d be in a much better position to negotiate regulatory changes than I was in as a Representative. I think I can represent homeowners who are not currently represented because of the heavy hand of the oil and gas industry in that Commission.

To pay for running his campaign, Burnam will look to many of the same people who backed his legislative election runs. “I’ve got hundreds of Hundred Dollar Friends,” Burnam explained; “but for this I’m going to need hundreds of Thousand Dollar Friends.”

He plans to spend 2016 as a full time campaigner: For himself, first, but also for several other people  he thinks would make good additions to the Texas legislative landscape.

He understands that the RR Commission has long been a stronghold of the Republican arm of Texas, but isn’t willing to concede a thing. “This is definitely a David versus Goliath campaign,” he said, “but remember that David won.