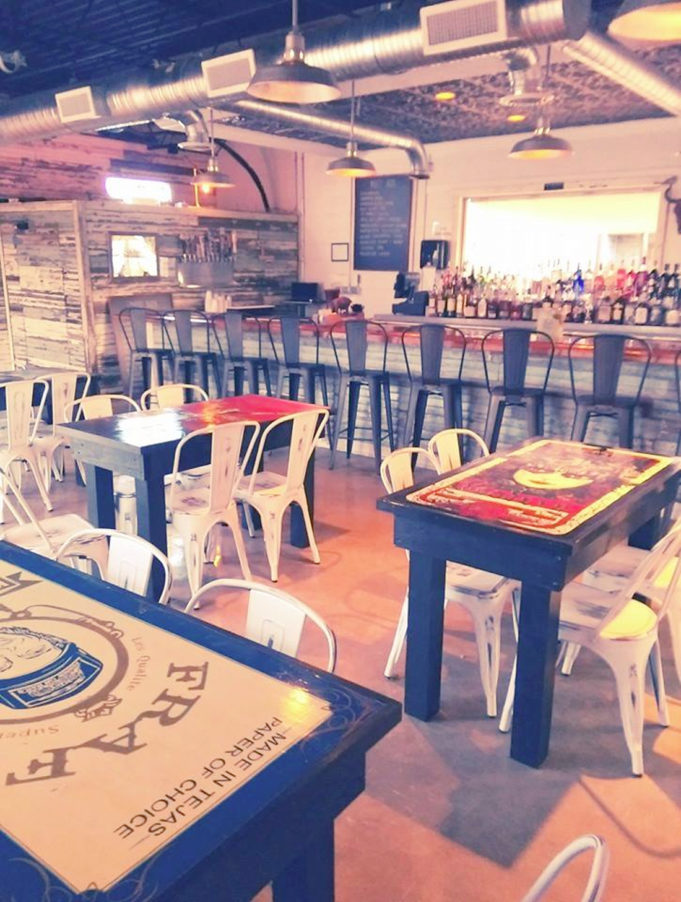 I was tempted to write a list of the top five dives of 2015, but I just figure you’re already listed out by this week of the year. Sure, listicles drive click-throughs, and they’re kind of fun to write, not to mention that they’re a nice little break for a writer who has spent, oh, I dunno, say the other 50, 51 weeks of the year trying to wring stories out of humdrum things –– the Dallas media’s frothing over Leon Bridges busking in Deep Ellum immediately comes to mind. In truth, listicles can be helpful shorthand for the good stuff that happened throughout the year that you might have missed, but if you perused the music section of this week’s Weekly, you’ve already read one of these little guides, this one to the tunes that played while you were busy doing something else, and I’m loathe to waste space on my Top 5 Dive Bar adventures or whatever. Frankly, I’ve had a pretty mellow year. You’ve probably read that shit already, anyway.

Thankfully, there’s stuff to talk about that’s more interesting than the trope of “I got drunk at this dive in/on Arlington/Euless/Alta Mere, and this redneck said something cringingly offensive but from a joke-construction standpoint, ruthlessly perfect” trope. Lola’s Trailer Park, an expansion of the long-running successor to co-owner Brian Forella’s dearly departed Wreck Room, is open for business. In fact, it’s been open for about a month. I popped into the open-patio, rustic-accented bar on the north side of Lola’s backdoor patio for the first time a few weeks ago, as the annual Soundclash event was winding up, and my impression then was that it’s a nice refuge for when you need a break from the psychic clamor of its older sister bar. Not that I don’t love it. Lola’s Saloon is packed with people who are totally trashed, but sometimes, it’s nice to clear your head in a spot that’s a little more subdued.

I wouldn’t say that Lola’s Trailer Park and the elder Saloon are similar, but the DNA of the latter is definitely evident in the former. The pressed-tin ceiling above the bar and the worn whitewash on the reclaimed boards that line the Trailer Park’s walls both speak to the Saloon’s “lived-in yet venerable brothel” vibe. Yet unlike her older sister, the Trailer Park is no-smoking, so don’t light your cigs beyond the Saloon’s patio.

Thus far, the Trailer Park’s food truck component has only been visited by Drew’s Place’s mobile soul food outfit and Holy Frijoles, the Mexican food truck you may often find behind The Usual. Forella told me that the space itself has a long way to go.

“We still have landscaping to do, pave the parking lot, put those outdoor plastic wraps like they have at Fred’s [Texas Café] up over the patio,” he said. “We don’t want to plan this for a grand opening event and then have to suffer through a snow storm, so we’re shooting for March to have all this stuff done.”

So, really, Lola’s Trailer Park is sort of having a winter-long soft-opening. What’s interesting to me is that given the differences to its forbear across the patio deck that connects them, the two sides of Lola’s are different enough that you could be a regular at one and never set foot in the other –– you could basically consider a trip from the Trailer Park to the Saloon a pub crawl, except that your tab remains open at both. Lola’s isn’t the first place in town to do this, but I appreciate that convenience nevertheless. Having been a customer at Forella’s bars for almost 15 years, it’s pretty exciting to see his brand expand, not with a chain of sports bars (see The Varsity, opening soon across from Magnolia Motor Lounge) but with closely related watering holes that keep the spirit of the Wreck and the formerly adjacent Torch alive while doing their own contemporary thing. I could give you my top five reasons why it’s cooler for owners to open new bars that are similar to the old ones as opposed to just doing the same thing in another neighborhood, but then I think about Ramiro Ramirez’ Salsa Limón empire and the second Taco Heads location that’s opening on Montgomery Street, and I realize that such a list would be kind of full of baloney. Bottom line, stop by Lola’s Trailer Park for a beer over the next few months. You’ll probably think of your own five reasons why it’s cool. –– Steve Steward