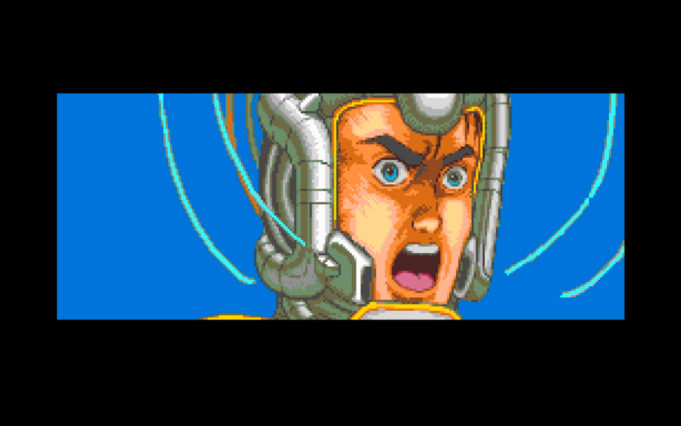 As a hairy, belching byproduct of the MTV generation, I see social media, Facebook and Instagram specifically, as the average millennial’s primary source for video treatments of pop songs. Because for a while back there, after MTV switched to its current all-reality-TV format a decade or two ago (who knows, who cares), videos were immaterial. Everyone stopped doing them. Now, underground filmmakers have Mark Zuckerberg to thank for allowing them to do something with their lives other than shoot cat food commercials or, I dunno, work in an industry that is decidedly not film (retail, service, labor, military, sex).

In the Fort, lots of artists evidently see the value in a good, strong vid –– not only is it a great way to bring to life your certain je ne sais quoi, but it’s also kitschy, referencing a kinder, gentler time in the music industry, when there were only three ways to get hip to new tunes: radio, print, and MTV. And who knows. Maybe Dirk Nowitzki, Pantera, The Ticket, Rachel Starr, or some other local celebrity with a billion followers will see your video, “like” it, and make it viral. Since filmic production technology is so affordable, not making a video at least once a year seems counterproductive.

My favorite local music vid of 2015 is for a song that came out in 2014, which seems to be the case for most of the newish videos I saw –– they’re for tunes from 2014 or earlier. Never matter. 1.) “The Lady that’s Around Me” is a righteous jam in any epoch. Directed by a mononymic character named Bez, the video for the track off Son of Stan’s most recent recording, the divorce-rocking EP Georgia, has a lot of cool things going for it, not least of which are the multiple layers of nostalgia. The under-30 crowd might appreciate the heroic narrative assembled from colorful 8-bit anime cartoons/video games, us 40-plus’ers the visual homage to Matthew Sweet’s “Girlfriend” video.

The No. 2 spot has to go to James Dyess, a local music lover who hits the scene constantly, shoots hours of concert footage, and then compiles them into sweet little promotional packages. My favorite piece of his from 2015 is the one for War Party’s “Problem Solver,” off the soul-punk quintet’s debut outing, the 2013 album Tomorrow’s a Drag.

I also dig Dyess’ work on an old Hendersons’ track, “Red Lotus,” and FOGG’s “Fried Cheer,” whose YouTube page contains some background information lovingly supplied by Dyess: “My hometown of Fort Worth is going through a golden age. In my 51 years, this town has never been better. Part of the renaissance that is modern Cowtown is its incredible music scene.” Nicely put, James.

The No. 3 spot goes to “Oh My Who??” One of several groove-oriented cipher-style raps off Tornup’s debut recording, the 2014 album Medicinal Fretwork, the song is complemented visually by a sort of infinity scroll of found images: from TV commercials to black-and-white clips of burning swastika flags and from a particularly violent Game of Thrones death scene to cult iconography crosscut with rapidly flashing colors –– the video directed by Llandon Klein Broadhead opens with an epilepsy warning. The imagery is almost as quicksilver as Tornup’s baritone flow.

My No. 4 pick won’t win any awards for visual creativity. But since the song is by Pinkish Black, and since Pinkish Black is the tops, enjoy keyboardist/vocalist Daron Beck and drummer/keyboardist Jon Teague’s live rendition of “Special Dark,” off the goth-rock duo’s sophomore album, Bottom of the Morning. The one-angle video for the driving, mournful track was recorded by Michael Briggs at Civil Audio in Denton as part of his Violitionist Sessions. Hey. MTV showed lots of concert footage, too.

Oddest vids? I’ll start with Clear Acid’s “Loser.” For a band whose vicious species of hardcore scares me witless, the video is sort of schlocky. Oh, well. Makes me sleep a little better knowing that these cats aren’t as dark, depraved, and demented as I’ve always imagined them to be.

Who are U$, and why does this Fort Worth rap duo’s double-video for the tracks “GIRLz” and “100” have more than 30,000 views? Both MCs sound as if they’re about to take a nap. I guess heroin-chic-style vocals are what the kids are into these days. Glad I’m an old fart.

Lastly, I have one question for my No. 3 spot-taker: For an artist replicating the sweet soul sound popularized by Sam Cooke and Otis Redding, two African-Americans, why is Leon Bridges the only black person in his sparsely populated yet still populated video for “Coming Home,” the titular first single off his major-label debut? It’s a legitimate question that other, much more educated minds have also asked.

Still. The oddness does not discount the unearthly beauty of the song. #stopbashingleon #teamleon #thetruth