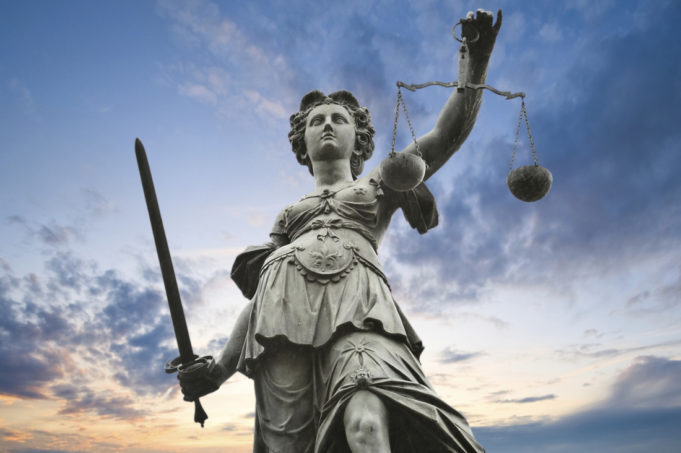 The other morning, I had this really balmy dream in which, after having made my way through some kind of maze (there were traps and some angry dogs), I emerged into the top floor of a downtown high rise. Every door on this particular floor opened into a law office, though in the dream it was a weekend and nobody was at work. After wandering through a warren of suites full of shelves upon shelves of leather-bound books, heavy oak tables, and conference rooms cluttered with filing boxes, I came upon a door with the words “Pass the Bar?” spelled in gold letters above the lintel.

In the dream, I opened the door and found yet another room lined with legal volumes, and the middle of it was home to a square bar of about 8 feet by 8 feet. The bartender was a woman in her 50s who said she had worked at A Great Notion in the ’90s, and while there were a surprising number of people getting a drink in what appeared to be the early afternoon (due to a pair of floor-to-ceiling windows bathing everything in sunlight), none of them appeared to be lawyers. As she poured me a Miller Lite draft, she told me why a place called Pass the Bar?, located in the midst of a bunch of legal practices, was curiously devoid of attorneys, but her explanation vanished once I woke up.

I would’ve forgotten that dream entirely if not for an afternoon visit to Acre Distillery –– the espresso and spirit bar located near the Texas A&M School of Law. While the place wasn’t crowded by any means, most of the 10 or 12 people sitting at the table appeared to be students.

Acre doesn’t look much like the bar in my dream, nor does it really look like any other place in town. Sure, it’s in an old building, and its name is a nod to Fort Worth’s legendary Hell’s Half Acre of the late 19th and early 20th centuries, and it does make in-house moonshine infusions and only sells its own liquors, so it’s hard not to separate it from the mid-teen’s craft culture aesthetic. But in the case of Acre, the unfinished wood looks new, not reclaimed, as do the shingles on the outside wall. The interior, a spacious L-shape surrounding the windowed room holding the tanks and pipes of Acre’s distillery equipment, is heavy on natural light and light on wall décor. Apart from a few prints of the notorious Wild Bunch (a famed group of outlaws that included Butch Cassidy and the Sundance Kid among its numbers) and some menu chalkboards, the walls are almost bare. I appreciated the restraint. All of those inner windows provide a view of the distillery works, and the lofty ceiling and 90-degree turn of the room create their own ambience without distracting crap on the walls.

While a lack of distraction might be a draw for law students in there for a coffee drink (the place brews Avoca’s roasts) while they study, I am much more interested in a quiet place to drink brown liquor. In the case of Acre’s spirits, that means Longhair Jim Straight Bourbon (named for an ill-tempered lawman named Timothy Courtright). Acre doesn’t serve beer or wine, but its baristas/barkeeps will make you cocktails using the distillery’s liquors –– a Pom Sunday has Longhair Jim, grapefruit juice, and pomegranate-infused syrup; the Breakfast Cowboy mixes the bourbon with house-made “Liquid Pancake liqueur” and honey and syrup. There’s about five different cocktails per liquor. Currently, the bar offers its own Black Halo vodka and Two Minnies London Dry Gin.

I opted for a pour of Longhair Jim neat. What I noticed was a strong-but-not-unpleasant alcohol burn up front that lingered on my palate before settling into a smooth, slightly sweet finish. Whatever barrels were used to age the stuff, it doesn’t overpower the nose with a blast of oak, nor was it overly sugary. When it comes to tasting, I’m no pro, but I feel like Acre’s bourbon will sit well with most whiskey drinkers, connoisseurs included. If I hadn’t driven myself, I might have tried the vodka and gin, but I’ll give the place the benefit of the doubt that their clear liquors are as good as their brown ones.

Though the distillery/coffee house (it’s open at 7am with coffee and locally made pastries for the breakfast crowd) might not have been exactly like the lawyer-themed lounge of my subconscious, its waking-life libations are certainly worth getting out of bed for.