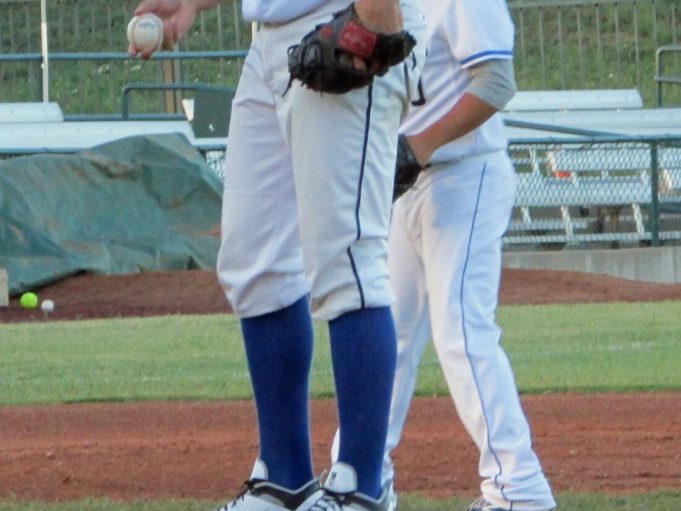 Nobody chooses the guy in blue jeans. You know, when you’re picking sides for a basketball game in the schoolyard, you figure the kid who didn’t think to wear shorts probably doesn’t have any game.

And yet when you think about branded sports merchandise, we’re mostly into buying the jerseys, t-shirts, tank tops, hoodies, and golf shirts of our favorite teams. It seems like replica leggings don’t make it onto many Christmas lists.

As David Letterman knew, pants are worldwide. So to be clear here, for those of you reading this post in Commonwealth countries, we’re talking about trousers here. Sports-logoed unmentionables will someday require their own detailed investigation.

As I type this piece, I am wearing my vintage Atlanta Knights hockey jersey. I had a period several years ago where I enjoyed acquiring hockey sweaters, and this defunct team from a defunct league exuded a certain postmodern cachet. If you stumbled into my closet, you’d find a host of sports jerseys and shirts. There’s a jersey from Santos, a Panamanian baseball team. You’d see a Houston Aeros sweater, a Dallas Stars jersey autographed by Bill Guerin, an England rugby shirt, a couple of Liverpool shirts, a CSKA Sofia jersey, two Fort Worth Fire jerseys, and, well, you get the picture. Down at the end, by the cargo shorts, hang some lonely Dallas Mavericks shorts. They at least ensure I won’t get picked last on the playground (though if you’ve seen me shoot lately, it might make you seriously consider choosing the dude in the Wranglers).

Major League Baseball emailed me today with pictures of new Majestic Flex Base® jerseys and New Era 59FIFTY caps I could buy in my favorite teams’ colors. No pants were mentioned in the email. I clicked the link to explore the MLB shop. They did have some lower-extremity styles there, including pajamas, scrubs, knits, flannels, sweats, and shorts. The bottom to top ratio, however, skewed heavily in favor of the collars-and-sleeves set. In the Rangers women’s section, for instance, I found 6 pairs of pants, 5 pairs of shorts, and 203 t-shirts.

You could buy the same jersey Roughed Odor wears on the field, but his knee-length pants with the stripe on the side are nowhere to be found on the site.  Those traditional pants vaguely recall capri pants, but not exactly, and no doubt therein lies a lot of the reason for the primacy of les chemises over les pantalons: sports shirts more closely resemble their everyday counterparts than do sports pants.

If you show up somewhere wearing baseball pants, people assume you’re about to play in a game because the garment’s function is specialized to its sport. That’s not the case with a t-shirt or even replica jersey. Ice hockey and American football pants have pads sewn into them, a feature that has yet to catch on in general fashion circles. 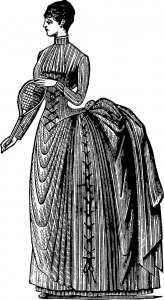 A few sports offer more practical lower-body coverings. Some tennis shorts and skirts might not be uncomfortable for casual wear, especially since the latter moved past the hoop skirt era. Golf slacks mimic their everyday counterparts, except, of course, for certain plaid patterns best left in the club locker. Individual sports’ garb rarely bear team logos, however, save for the occasional nation vs. nation competition.

Spandex is a component of some sports bottoms, like volleyball. That material covers lots of buns in non-sports settings, too, though rarely with a logo and often with an uncomfortable (for the viewer, presumably not the wearer) snugness that makes one long for the days of the hoop skirt.

Basketball shorts might have the best claim to applicability off the court. The NBA even boasts a team named after pants, the New York Knickerbockers. Even here, though, the NBA.com Knicks shop stocks some 225 t-shirts while the pants-and-shorts area counters with only 46 offerings, one of which is a belt.

A handful of sports, like wrestling and women’s gymnastics, have no pants. You compete in a singlet or leotard. These one-piecers are rarely worn to dinner parties.

Men’s water sports and beach volleyball present the rare case in which contestants often wear no shirts. Swimwear might be its own category, as what we wear when we relax at the pool or lake often doesn’t resemble what competitive swimmers wear. In any case, one would think that if you approached a gold medalist wearing only an old-school Speedo, he’d be unlikely to autograph it for you.

One advantage shirts have over pants is their proximity to the eyes. If you want someone to notice your support of your team, putting the logo in a more noticeable position makes sense.

Hey, my eyes are up here! Were you staring at my logo?

Some pants do plaster a logo across the hindquarters, because apparently some people’s eyes also drift to that part of the anatomy. 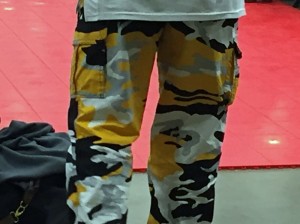 Sports leg wear experienced its 15 minutes of fame during the early 1990s assault of Zubaz. The ubiquitous stripes made a glorious run through official licensure, even imprinting themselves on upper-body wear. I myself own a Cubs Zubaz cap. It’s in the back of the closet, I promise. I’d also like to note at this time that I do not own a pair of 70s/80s-era polyester coaches shorts, though I certainly had gym teachers who did.

The most enduringly successful sports pant has to be sweatpants. I do own a pair of Houston Rockets sweats in which I play softball (a curious sporting cross-pollination). The old-school cotton sweats (not the more modern tearaway ones with snaps) adapt themselves to use for both vigorous workouts or couch surfing.

One issue with pants is that adults tend to look dorky wearing a team’s entire kit. Showing your support with a shirt or shorts (but not both), plus maybe a cap, is desirable. Dressing precisely the same as your favorite player, including wristbands and eye black, borders on creepiness.

If you’re a leg man (or woman) and resent the attention blouses get at the expense of britches, there’s probably just not a lot to be done about it. Maybe you should take the issue of pant inequality up with your elected representatives. Or you could pitch the story to the media.

Of course, one of the great things about being a TV sports anchor is you don’t have to wear any pants at all. The same goes for sports bloggers, though I usually do. In fact, I was thinking this might be an ideal time to start a new trend in lower-body fashion. If you see me at the Fort Worth Weekly’s Love FW event this Friday. I just might be the guy wearing a pair of Pakistani cricket trousers. We’ll see if they prove a better wardrobe choice for a pick-up game than hoops-court denim.