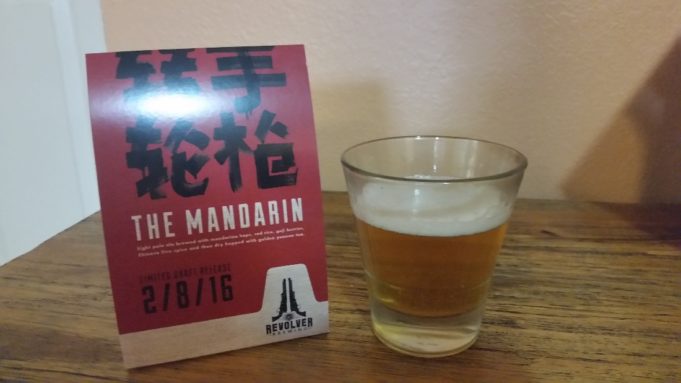 Imagine my excitement when I got a message saying a special package had been left for me at the Weekly office by Revolver Brewing. It takes a bit of work to chase down rare beers in Fort Worth. I typically abuse my brewery distributor friends for that inside info, but this time the brew had come to me.

The unmarked bottle was carefully set in a Chinese takeout container with more than a little bit of fanfare. A bed of dry rice held the mystery beer and a bright red flag that read, “THE MANDARIN.” 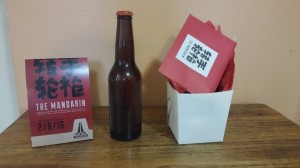 OK, so far I’m impressed. Other than that, all I knew was the description: “Light pale ale brewed with mandarina hops, red rice, goji berries, Chinese five spice, and then dry hopped with golden yunnan tea.”

The ale had a fair amount of carbonation but didn’t foam over, even after a quick pour. In my experience, pale ales offer little for the olfactory senses. As it turned out, The Mandarin is a refreshing feast for the nose and the palate. There was a discernable berry aroma that I couldn’t quite put my finger on. I’m guessing that was the goji berries. Underlying that was a mild banana note that typically comes from yeast. Time to hoist this bad boy.

The beer had a creamy mouthfeel, rare for a style this light. Up front, there was a slight spiciness that softly zinged the tip of my tongue while unfolding into a mild floral bouquet as it washed over the back of my tongue. The hops, not noticeable in my nose test, filled out the middle of the experience with a light bitterness that even craft beer novices should be fine with. Each sip ended with a pleasurable yeasty banana flavor coating my palate. That may sound like a lot, but it doesn’t mean this beer isn’t easy to drink. Although, why would you not savor the experience?

Actors and Hollywood types have the Oscars. People in the craft beer world have birthday parties. Last night at The Bearded Lady was an A-list gathering of local brewers, distributors, sales reps, and servers who all came to celebrate Shannon and Eric’s birthday. I’ve written about it before, and it’s really true. The folks making and selling craft beer in Fort Worth don’t see each other as competition. It was a great party. 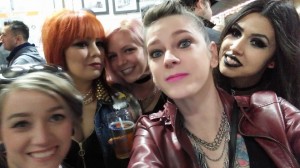 On tap for next week is a profile of Wild Acre Brewing Company, set to open in Fort Worth this spring.