But are they just being childish?

Beyonce’s performance at the Super Bowl was deemed anti-police, putting her on the sh*t lists of various law enforcement groups. Why is that important? Well, because those cops are often relied upon to work security on their off-duty hours at concert venues where Beyonce struts her stuff, and she’s about to embark on a tour.

A Miami police association is among those vowing to boycott Beyonce’s concert in May.

The Combined Law Enforcement Associations of Texas (CLEAT) union group issued a statement saying officers should not be forced to work security at her shows if they feel “it goes against their beliefs or it is a conscience issue.”

CLEAT weighed in because the “current social, political, and media climate against law enforcement is strong” and “Texas has lost the largest number of officers in the nation.”

I’m not the sharpest bullet in the revolver. I watched the halftime show and didn’t realize Beyonce’s performance was anti-police. Anti-clothing, yes. Anti-good music, maybe. But anti-police? Who knew?

Smarter people than me figured out that Beyonce’s singing and sexy gyrations were sending the message, “Shoot a cop, fool!”

The song seems more like a celebration of black culture and her own personal heritage. Beyonce’s video, not shown at halftime, depicts scenes with police and the Black Lives Matter movement. One scene shows graffiti on a wall saying “Please stop shooting us.” But the video doesn’t appear overtly anti-police.

The song itself doesn’t dwell on police. Sample lyrics:

Y’all haters corny with that Illuminati mess
Paparazzi catch my fly and my cocky fresh
I’m so reckless when I rock my Givenchy dress
I’m so possessive so I rock his Roc necklaces
My daddy Alabama, Momma Louisiana
You mix that Negro with that Creole make a Texas bama
I like my baby heir with baby hair and afros
I like my Negro nose with Jackson Five nostrils
Earned all this money but they never take the country out me
I got a hot sauce in my bag, swag

Beyonce won’t be winning a Nobel Peace Prize for those lyrics, but they hardly seem incendiary.

I called Charley Wilkison, executive director of the Austin-based CLEAT organization, and asked him what I was missing. Wilkison said the group’s statement was simply telling police officers that they should not have to work concert security in their off-duty hours if they disagreed with Beyonce’s sentiment.

I asked whether off-duty officers are ever forced to work details against their wishes. 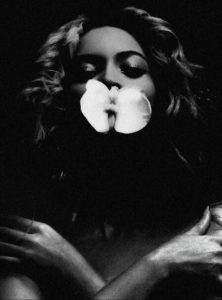 Not generally, no, Wilkison said. But CLEAT wants officers to know that the labor group is backing them.

“There is a huge anti-law enforcement climate out there,” Wilkison said. “In that kind of setting where we’ve had shootings, officers feel targeted. They look to CLEAT to talk to them about whether they’re going to be safe. If you don’t want to work [the concert] because you feel the environment would be unsafe for cops, we’re on your side.”

What was it about Beyonce’s performance that made people believe she was encouraging or otherwise supporting violence against police?

“It wasn’t what she did, it was that officers began to write to us to ask if we are going to boycott,” Wilkison said. “We leave the decisions to individual officers and kind of assure them that they’re not going to be forced to work an extra duty security job if they don’t want to.”

Wilkison has read the song lyrics. On their own, they’re not egregious, he said. But when added with the video footage … .

“It’s a poem,” he said. “There’s a lot of difference between the poem and the images on screen. It sounded one way and looked another. It doesn’t take away from the hurt and fear of law enforcement families. It’s probably not in the lyric of the song. It’s more in the aftermath of some sort of message.”

Does it seem like an over-reaction from police for what amounts to a fuzzy message from a pop princess?

Wilkison said on-duty cops everywhere are willing to do whatever it takes to protect Beyonce or any other citizen.

“If Beyonce is going to sing the national anthem and visit city hall and be a guest of the mayor and do public things that aren’t for her personal profit, Fort Worth police officers would be there just like they protect you and I,” he said. “When she is getting richer and richer and there seems to be some question about this climate we’re in with officers dying, and officers have some questions about the tone of the video and some of the images, they objected to that. If they don’t want to work that as an extra job, they’re right.”

Wilkison said “Formation” isn’t in the league of “Cop Killer,” a song released in 1992 by Body Count. But Beyonce does seem to be dissing police at a time when “Texas has lost the most number of cops to death in the line of duty than any other state in America.”

Beyonce, a Houston native, is headed this way in May on her tour.

What would Beyonce need to do to regain goodwill among the men and women in blue?

She doesn’t necessarily need to apologize, Wilkison said, but many officers would appreciate hearing her acknowledge that cops are there to help and protect people. The anti-police sentiment being spurred on by entertainers and social media can be tough to swallow, Wilkison said.

“I’m sure she does a lot of good in the world,” he said. “Who knows what the purpose of some of her images were? But in a setting where there are murders of cops … it’s easy to see why folks are sensitive and concerned.

“The individual officer who spent his or her entire career, regardless of race or gender, trying to make a difference, and doing the best they can, they really feel set upon and wonder why this is going on,” he said.