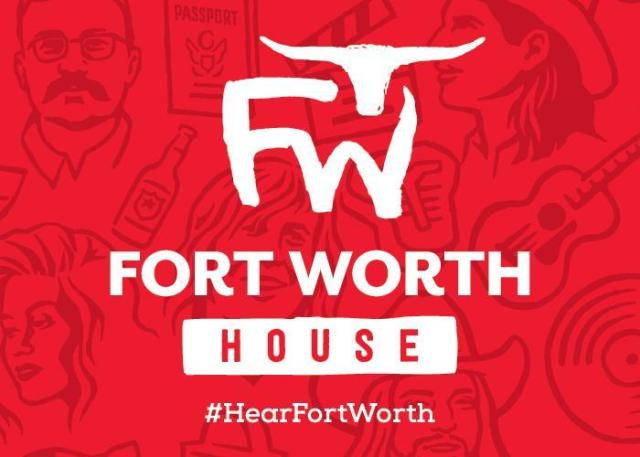 South by Southwest is this week, and Fort Worth will be well represented. And in at least one unprecedented way.

If only we cared.

As few as four or five years ago, we old timers bragged about going to the annual Austin shindig. Now we can’t wait to tell everyone that we aren’t going.

The traffic, the crowds, the triple marked-up alcohol, the quadruple marked-up hotel rooms –– over the past few years, SXSW has gone from hip and edgy to commercialized nearly beyond recognition. Much like the city itself. Artists, the very people responsible for the state capital’s particular species of artful open-mindedness, who also aren’t necessarily the most financially stable breed of folk, are being run off by skyrocketing housing costs. When your elected officials have essentially forfeited your real estate to developers, whose only goal seems to be to maximize profits while reducing costs, you are going to be left with a lot of generic stuff. Generic art and music, generic food, and generic people.

Maybe for some of us North Texas yokels, South by has always been a love/hate thing. You love when you’re invited to the dance, and you hate when you aren’t, even though you know that sometimes crashing the party can be the most fun. Two or three years ago, I walked out of a mostly empty sanctioned showcase by an allegedly buzzy Fort Worth band to a packed non-sanctioned concert by an allegedly non-buzzy F-Dub outfit. Guess which party was more appropriately wheels-off.

The days when a sanctioned showcase served as an audition of sorts flickered out a long time ago. Locally, with the exception of perhaps John Price, whose sanctioned showcase in the early aughts landed him a record deal, no Fort Worth artist or band has ever really gotten anything out of South by. Unless you count a few laughs. And maybe a few enormous bar tabs. And undoubtedly a load of massive hangovers.

It’s probably time we see South by Southwest as a music festival with an instructional component and nothing more. I’m still thrilled for the Fort Worth cats chosen to perform this year: The Unlikely Candidates, Mind Spiders, Luke Wade, Quaker City Night Hawks, War Party, Ronnie Heart, and Keite Young. Making the cut, especially now, when South by organizers are really trying to distinguish their event from the planet’s 3 million other festivals, is something to be proud of. And I don’t think it ever won’t be.

And those are just the sanctioned artists, some of whom –– including Quaker City and Wade –– are also slated to perform at the Fort Worth House, one of those always coveted day parties, this one going from 11:30 a.m. to 5:30 p.m. on Thursday at Soho Lounge (217 E. 6th St., 512-784-0403). This inaugural throw-down thrown by the Fort Worth Convention & Visitors’ Bureau (slogan: “City of Cowboys and Culture!”) is also a showcase for fellow Fort Worthians Mike Ryan, Grady Spencer & The Work, Green River Ordinance, Jake Paleschic, and Reagan James, all of whom lean toward the country end of the music spectrum because “Cowtown,” duh! There’ll be some complimentary food, too. I’ll eat my nonexistent Wranglers if it’s not barbecue because “Cowtown,” duh! RSVP at fortworth.com/SXSW.

Our trusty CVB is also posting up at the tradeshow in the Austin Convention Center. Booth No. 430 will be full of undoubtedly helpful, assuredly proud, and indubitably cowboy boot-clad Fort Worth folks ready to brag on our fair ville as a “creative destination,” a spot for either filming a movie or visiting for some live music and world-class art. Or, I dunno, for watching steer walk down the street because “Cowtown,” duh!

The other non-sanctioned F-Dub-friendly event in Austin will be Doc’s Motorworks DayJam. Put on by Fort Worth-based talent buyers Blackbox, the three-day blowout is a mix of quality local talent of the indie-rocking variety (Jetta and the Ghost Tree, Un Chien, Trai Bo, Mean Motor Scooter, Bad Blonde) and non-local cats (insert: the names of several bands none of us have ever heard of). No wristbands required. No cover. Great joint. Better peeps.

There was a time, not too long ago, when the thought of not hauling ass to Austin for South by every spring was unthinkable. (An unthinkable thought: Let that marinate.) Now the opposite seems to be true. If I could teleport myself down I-35? And stay in the W’s Extreme Wow Suite (that’s its actual name) for free? And have a front-row seat for Burning Hotels, Squanto, The Hendersons, a reunited Sonic Buffalo, and, just because I’m not a total homer, Black Moth Super Rainbow? And just because I’m old, The Who with a reanimated Keith Moon and John Entwistle? Then, yes, by all means. See ya in Austin. But in my current time-crunched, impoverished, over-media-saturated reality, I think I’d rather watch cows mosey down Exchange.