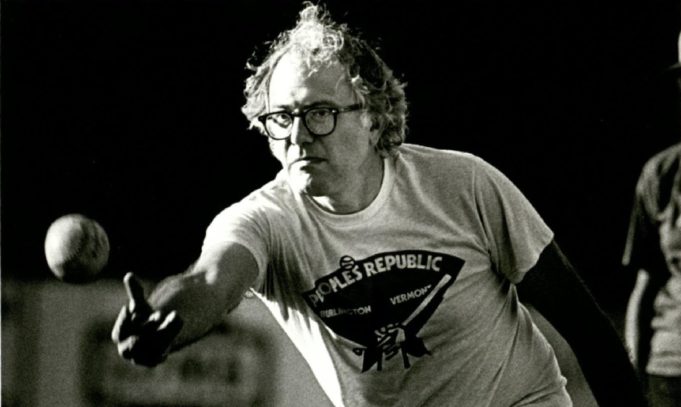 There’s a race going on, one that generates more attention than even the biggest Olympic 100-meter dash or New York Marathon. A few finalists have broken away from the field in the contest to become U.S. Commander-In-Chief. As part of this competition, a candidate named Bernie Sanders has proposed that under his administration, the taxpayers would finance free tuition for students at all public colleges. You as a sports fan heard that and said, “Who should I pick in my hoops bracket?”

So this column won’t attempt to dive into the feasibility of the policy’s economics or whether it is, in fact, a good policy or a crummy idea. I also won’t evaluate whether it’s realistic for a Sanders to bribe some superdelegates or benefit from a Mrs. Clinton conviction stemming from one of her various scandals. But we will look at how his proposed higher education policy might affect athletics, since that’s what you and your fantasy league commissioner really care about.

We can start by assuming athletic scholarships would no longer hold importance at public schools, but they would become vitally important at private schools. Government institutions of higher learning would no longer need to award athletic scholarships, since tuition would be free for all students. Sanders’ website also indicates the “Sanders plan would require public colleges and universities to meet 100 percent of the financial needs of the lowest-income students,” so the most value an athletic scholarship to a public university would add is a dorm, books, and food for middle-income students.

No longer able to position themselves as remotely affordable, private schools might become more exclusive, catering to high-income or highly religious students. Perhaps some would still think it worth it to take out student loans to study under a certain professor or in a program with a track record of producing lucrative job offers for graduates, though one would think that number would be small. Would student athletes view those private school athletic scholarships as even more valuable than they do now? That could especially be true if the quality of education were diluted at public schools as increased enrollment forced them to quickly hire more inexperienced or under-qualified professors. We can’t be sure all those scholarships would continue to exist, though.

Schools with prominent athletic programs have long cited on-field performance as valuable in attracting the attentions of aspiring academics. TCU’s athletic success likely played a role in its recent surge in applications. Private colleges will have to truly evaluate how important athletics are to their marketing efforts, especially as they plan how to target a more narrow demographic mix of students.

It might be that only certain sports will meet the cost-benefit test for whether non-public schools should keep them. Could we see a situation in which only the so-called revenue sports (primarily football and men’s basketball) survive at most private schools? Perhaps they would be accompanied by sports with a larger number of higher-income participants, such as golf, tennis, or rugby union. Title IX legislation restricts schools that receive federal funding (or whose students do) from awarding more scholarships to men’s athletics than women’s. Since the education financing picture will have changed to de-emphasize federal student loans, we’d possibly see many private universities opting out of all federal funding to avoid having to comply with what would now be unaffordable Title IX rules.

Keeping smaller sports becomes even more difficult when we consider that the likes of baseball, softball, and lacrosse mostly award only partial scholarships, currently. If the NCAA rules remained in its present form, the privates would have to compete with public schools awarding unlimited financial aid. If the regulations changed to allow private schools to also put every athlete on a full scholarship, it would raise costs significantly, increasing the incentive to drop sports. Conversely, we might also see schools invest in a lobbying effort to direct federal funds to private institutions specifically to increase the number of athletic scholarships.

In terms of how his policies would impact public schools, Sanders’ funding mechanism would matter. He might dispense tuition reimbursement to schools via federal grants. Perhaps the Department of Education will award the grants the way Medicare reimburses doctors, with complicated codes for various programs to determine how much is paid for different costs. You can imagine the lobbying frenzy among the admissions officers, custodians unions, AFCAs, academic specialties, and every other group whose compensation would depend on how well they navigated that political environment. Whatever the process for directing the funds to the schools became, you’d have to assume sports has good enough lawyers to ensure the profession retains some funding.

If that funding is enough to cover the actual costs of educating students, we would expect school administrators to look to grow their empires and admit as many students into their schools as possible, since they would add money and prestige with every student. That could result in adding sports, since the more niche interests you can cater to, the more students you get in. Why not build a curling rink in Brownsville if the feds effectively pay for it? Given the marketing benefit sports add, we could see more dollars directed toward sports, especially if many of those activities qualify for taxpayer reimbursement.

If the compensation rates don’t cover actual costs above certain enrollment levels, perhaps for campuses in areas with high costs of living, those schools would have limited incentive to seek new students. They would look to cut costs, and dropping sports and other endeavors requiring high fixed costs might be a way to do it.

The candidate plans to pay for his $75 billion education program through a tax on a class of people he has dubbed Wall Street Speculators (which we are going to assume eliminates the possibility of an unfunded mandate to the states for this particular program). One thing we certainly expect from a Sanders administration would be higher taxes for higher earners, including those who donate large sums to colleges. When tax rates go up, so do the value of tax deductions. With investments now requiring higher profits to yield the same net return, more investors might prefer a deduction coupled with the perks (psychological and physical) that come with donating a new practice facility or athletic dorm. If your name is also the name of your business, putting that moniker on the side of a building makes even more sense. If Rush Olson Creative & Sports really takes off in the coming years, look for that Rush Olson Athlete Laundry Facility to open at Trinity University. Overall, then, this reallocation of capital might not be too good for, say, entrepreneurs looking for angel investors, but it might enhance some college athletic programs. Of course, if higher taxes result in an overall reduction in wealth in the economy, college athletics might end up with a larger piece of a smaller pie and less money with which to work overall.

Basic economics indicates that when one lowers the price of a good, the quantity of it demanded increases. Reducing the cost of higher education, then, makes it likely we will see more persons partake in it. In the long term, more students mean more alumni and more fans of the schools they attended. The new Tigers, Hokies, and Anteaters the legislation would create might buy a lot of shirts and hats and season tickets, depending on their post-graduation earnings and tax burden, and whether or not their school still plays sports. We promised at the beginning that we wouldn’t render judgement on whether Sanders’ policy would be a good one or not, but one thing we can conclude after composing this column is that the situation would be a complicated one. Sports, as we have seen, would need many questions answered, and such a far-reaching piece of legislation would surely spawn many others whose consequences must be anticipated and dealt with by the combination of legislators, lobbyists, special interests, bureaucrats, and whoever else will effect the policy’s implementation. Are they, and Bernie Sanders, up to it? Be sure you’ve decided the answer to that question before you vote. It could affect your bracket.