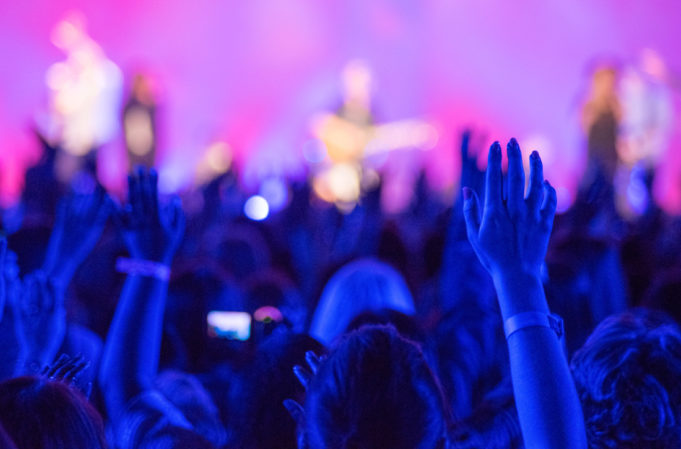 No. 1 in big time college football, Alabama also fights on! fights on! fights on! every year for the top spot in homicides, poverty, obesity, joblessness, and racism –– the University of Alabama desegregated its sororities not in the 1960s or even in the 1970s. Or the ’00s. It was 2013. As in “three years ago.”

Now Alabamans have something else to brag about. The organizers behind Hangout Fest are trendsetters. Kinda. They might not have been the first to offer tickets on layaway, but co-founders A.J. Niland and Shaul Zislin are certainly the most successful in letting concertgoers defer payment. Now most of the other annual music extravaganzas –– ACL, Bonnaroo, Coachella, Sasquatch –– also offer installment plans. Considering that attendees nationwide skew young on average, and considering that most young folks are financially unstable –– and perhaps still figuring out this thing we call life–– is allowing them to pay later predatory?

A little. “Ghetto financing,” as layaway is also pleasantly known, was created during the Great Depression as a way for the hordes of broke Americans to pay for large necessities (washers/dryers, refrigerators, hot water heaters). Over the decades, layaway gave way to credit cards, but since we’ve been rudely awakened to the evils of getting by on plastic, layaway is popular again (especially for gadgets and toys).

Is indie-rock a necessity? Probably not, but being cool is. And nothing helps tell the world who you really are than your taste in tunes. Going to Hangout this year (May 20-22) will be like flipping off The Man while mooning him simultaneously. The Weeknd, Calvin Harris, Florence + the Machine, Alabama Shakes, Ellie Goulding, Lenny Kravitz, and Flume are just a few of the headliners. Not too shabby.

The general admission cost to all three days? Only $269! Payable in four low, low, low monthly chunks of $62.25 through Hangout’s “EZ Pay” option!

As few as five years ago, the bands you see gracing the stages at Hangout, and ACL and Coachella and all the rest, and performing for thousands of at least outwardly adoring fans would have been reduced by market forces to playing the bar down the street for beer and gas money. What’s changed? Radio definitely has. Ostensibly curated stations (internet, satellite, and public) are welcoming the swarms of listeners frustrated with commercial radio’s loyalty to the lowest common denominator by spinning music that mostly is not ooh-baby-baby, oontz oontz oontz, “Red Solo Cup,” swaggin’ on you (?!), or from yesteryear.

What else is different? The live experience. Never before have there been as many bands or venues as there are now. Since Corporate America still monopolizes music distribution and marketing, the only way a workaday band or artist is going to make any Benjamins is by gigging. Which may (hopefully) include a stop at a festival or two. Or 12.

“As sales of recorded music have declined, the profitability of live performances has risen, with increasing ticket sales, ticket prices, and numbers of bands on tour,” wrote Rachel Lears.

And what the musician/filmmaker said in 2010 is undoubtedly true today. In Fort Worth, we’ve gone from one annual festival –– our Music Awards shindig (now in its 16th year) –– to at least two dozen in the span of only about five years.

And most of the local fests are indie-friendly. Like most of the national gatherings. But for events whose performers manifest progressiveness, forward thinking, and enlightened sensibilities, layaway is somewhat off-putting. Does this mean that the indie-rock machinery is going corporate? Or perhaps acting corporate out of fear? Or out of admiration?

An added note: Dark forces pressured my generation into buying things we did not need, which partly explains why we Gen X’ers have “saved” next to nothing for retirement and are nearly crippled by debt. Though the average millennial appears to have a better understanding of finances, she is still young, still susceptible to fads, perhaps to a depth never before experienced by any previous group of folks. In an era of is-it-ironic-or-not? #yolo-ing, boy, that $269 looks a lot better in the form of a few fruity drinks, some sweetly manicured toes in the sand, and kickass music and people all around than in another check to SunTrust. It’s so obvious that even a dozen Alpha Phis hanging from a Tuscaloosan chandelier could figure it out, you guys.