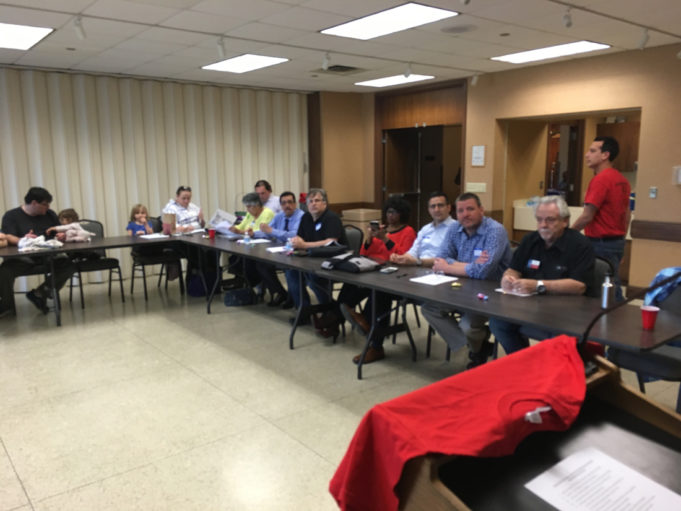 Betsy Price took a $100,000 pay cut when she decided to become mayor in 2011. She had earned more than $1 million during her 10 years as tax assessor-collector (at an annual salary of $129,000 back then). Price sought election to the lower paying mayoral position because it offered a better platform to help improve the city she grew up in and loves, she told the Weekly during her first mayoral campaign.

On Saturday, May 7, Fort Worth residents have the chance to vote on a pay raise for the mayor and City Council. The proposal is one of many potential amendments to the city charter. Last July, Fort Worth City Council appointed a task force to recommend possible changes to Cowtown’s founding document. The charter has been updated every several years since 1924 but has not been revised since 1996.

If elected positions don’t pay a living wage, then only independently wealthy candidates will seek them (so the theory goes).

Fort Worth employment lawyer Jason Smith sees the societal problems (stress, poor health, depression) that occur when workers aren’t fairly compensated every day. He doesn’t have a problem with pay increases for City Council members and the mayor per se, he said. Many similarly sized cities across the country provide their mayor and council members $45,000 or more annually. But with 235 city employees making less than $10 an hour, including 21 making the hourly wage of $7.25, according to city chief financial officer Aaron Bovos, Smith wants to see the city help its lowest paid employees first.

“I think we should raise the minimum wage of employees at the city level to a fair wage before we haul off and raise the salaries of the folks at the top of the food chain,” Smith said.

The new volunteer group works to provide all employees in Fort Worth a fair wage. Fair wage, like living wage, is an evolving moniker, but it commonly is defined as remuneration that allows for basic necessities like food and housing. For Fort Worth, Smith arrived at the $11-an-hour figure after consulting with an economist and noting that Dallas City Council approved a $10.62 minimum wage for its employees and city contractors last year.

To create awareness, Smith and his supporters are partnering with the Cesar Chavez Committee of Tarrant County, a nonprofit that promotes education, social justice, and community engagement, and North Texas Jobs with Justice, a nonprofit focused on workers’ rights.

In addition to an $11 minimum wage for city employees and contractors, the groups are asking the City Council to require any business receiving incentives from the city (tax breaks, rebates, and grants) to pay its employees a fair wage. San Marcos City Council implemented a similar measure in February, this one requiring businesses to pay $15 an hour in exchange for city incentives.

The group held its first meeting this week at the Fort Worth Botanic Garden. About 30 volunteers discussed how to proceed and listened to a professor of economics at the University of Texas at Arlington discuss the economic impact of increased minimum wages.

FAIR Wage Fort Worth volunteers plan to voice their proposals to the City Council in the coming weeks, Smith said. The group will also undertake a six-week campaign to spotlight the issue to residents through public events and social media. He hopes other groups will partner with him in the weeks leading up to the May 7 vote.

“I believe Fort Worth isn’t an extreme place” politically, he said. “I think most people can get behind a grassroots idea that will make our city better.”