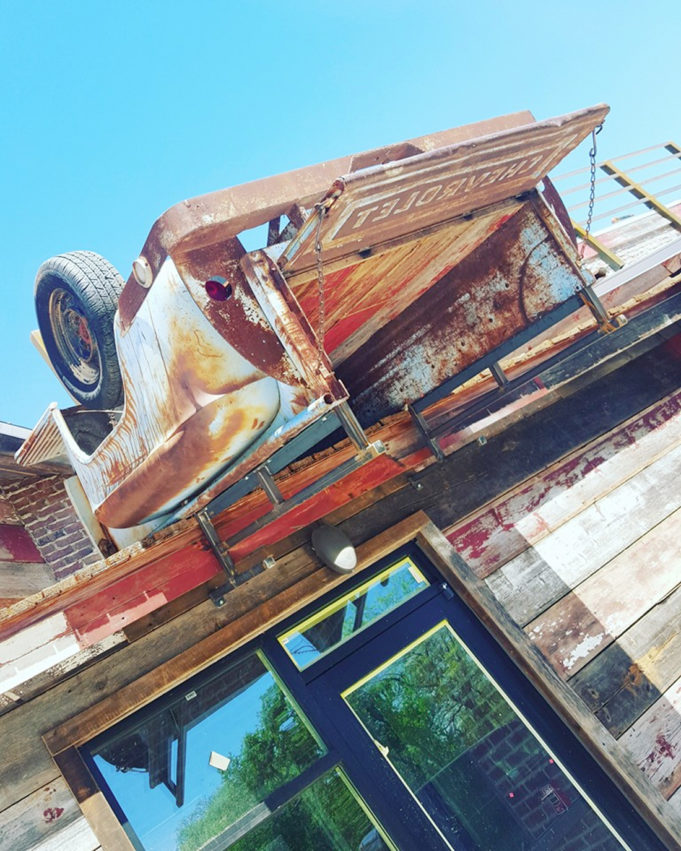 Chefs are a transient bunch. They move from one kitchen to another, joining new companies, living in different towns, and, in some cases, dramatically changing the style of food they cook. There aren’t many other professions, other than maybe a college professor or professional athlete, in which the people working in a field have to uproot their lives so much to grow professionally –– at least professors and chefs can’t be traded from one team to another.

Few culinary artists understand the go-go lifestyle of a chef better than Keith Grober. The former head chef at Rodeo Goat and consultant/Hot Dog Mastermind for the Fred’s family of restaurants is about to wield the big spatula at Earl’s 377 Hand Crafted Pizza Kitchen. He’s been hired as chef/kitchen manager for the soon-to-open Argyle eatery.

It’s been a circuitous path to the north suburbs for Grober, who penned Fort Worth Weekly’s now-defunct “Taco Blog.” In April 2014, he stepped away from Rodeo Goat to open his own place. That was a significant gamble, considering he had worked for the Goat’s parent company, Shannon Wynne’s 8.0 management (also Dallas’ Meddlesome Moth, downtown Fort Worth’s Flying Saucer) for 15 years and won critical acclaim for his burgers at the Goat. Grober had financial backing and even a location for the unnamed place. But he walked away from the agreement, opting instead to learn more about the business side of opening a restaurant.

“I was learning on the fly how those deals work [and the difficulties] if you’re the creative guy and not putting up a lot of money up front,” he said. “I went with my gut and decided to be patient before I got into something I wasn’t prepared for or wasn’t a sweet enough deal.”

The 35-year-old chef said he heard about Elk River Investment Group, a Denton-based company that also owns both the the Barley & Board and LSA Burger restaurants, through some friends in the business. The organization was looking for someone to head its new gourmet pizza concept. Chad Kelly, with whom Grober worked at Meddlesome Moth, created the menu for Earl’s.

“I heard they are developing a cool company culture,” Grober said. “It’s very structured, and they’re very thoughtful in the way they conduct businesses. They take care of their employees, who take better care of guests. It’s more like a family atmosphere. Back to basics.”

So after spending some time as the Research and Development Director of the Fuzzy’s Taco chain and cooking chuck wagon fare and conceptualizing gourmet hot dogs for Fred’s Chef Terry Chandler, Grober decided to make the jump to Argyle. Part of his motivation was his growing disillusionment with the casual dining scene in Fort Worth.

“Casual dining has been in a dark place for awhile,” he said. “I think quality across the board has suffered. Some of the people who are opening restaurants now just don’t have the right idea of how it should be.”

His new company and restaurant, he said, is on the forefront of brining back the basics of great food, service, atmosphere, and attention to detail. Grober said he hopes this is his final move.

“I’ve been looking for a home,” he said. “I’m a very dedicated person. It’s hard to find a place that will serve your needs career-wise and artistically.”