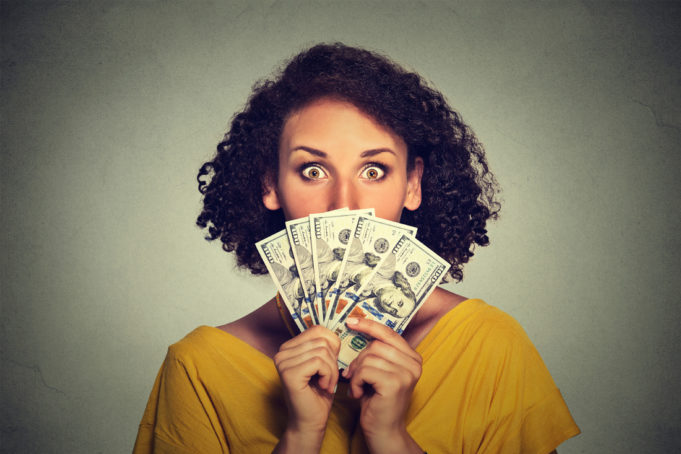 Say you’re a mom with two kids, scraping by while working a minimum wage job. A letter shows up in your mailbox one day saying you owe $300 to Tarrant County and you better cough up the dough. If you don’t pay, see, the sheriff will come to your house, see, and take away your kids’ TV and that couch you like relaxing on after a long day’s work, see, see.

If Tarrant County District Clerk Tom Wilder had his way, that letter would have been sent to people who avoided divorce court fees because of indigence. Low-income people can claim an exemption from court costs in divorces under the state’s rules of civil procedure. Wilder wants to charge people anyway, otherwise the county gets stuck with the bill. Besides, those poor people are probably rich as the Rockefellers but pretending to be poor to dodge a $300 tab. Wilder takes no shine to lazy freeloaders.

His bullying ways began in 2010 and came to a stop in 2013 after a state district judge issued a temporary injunction while the courts considered the matter. This week, the state’s big daddy court said in so many words, “Tom, Tom, Tom, you’re evil. Stop this bullying. It’s heartless and wrong.”

That’s an exaggeration, although the Texas Supreme Court did use the word “evil,” according to Tom Stutz, director of litigation for Legal Aid of NorthWest Texas. The court’s ruling cites a previous case saying the purpose of an injunction is to stop the “evil,” in this case, the evil of improperly collecting fees. Stutz believes the court used the word for a reason.

“The Supreme Court sees how important [court] access is to all people in Texas,” he said. “Frankly, the Texas Supreme Court has been outstanding in making it an important priority that there is access to everyone. It’s important that our most vulnerable people are able to get to the court to protect their rights.”

Stutz, who represents some of the poor litigants who challenged Wilder’s charges, said the case will return to trial court and then most likely be tossed out.

Austin attorney Lee DiFilippo, who represented three of the indigent people, praised the court’s unanimous decision. She noted how the judges said Wilder’s argument “flies in the face of our constitution and case law.” A footnote in the ruling also described Wilder’s actions as “a policy that contradicted the law,” she said.

The judges’ strong wording made it clear they “affirmed the temporary injunction, so it is basically agreeing that [Wilder’s] conduct needs to stop –– he’s blocking the poor from access to the court,” she said.

DiFilippo says she will seek the reimbursement of fees levied against indigent people between 2010 to 2013. She estimated the county will have to cough up $60,000 or more.

“We’re hopeful Wilder will agree to return all the money,” she said.

And if he doesn’t?

“There are legal remedies for him to do that,” she said.

A call to Wilder to discuss the court’s ruling was not returned.

Conservatives in Texas were paddled this week by the U.S. Supreme Court, whose members voted unanimously, 8-0, to uphold the rule of simple math: Texas voting districts need to work from a headcount of all residents, not just the eligible voters.

The case was initially brought in 2012, when Sue Evenwel and  Edward Pfenniger, two hyper-conservative Republicans, argued that the “value” of voters in certain districts was “watered down” by non-voting felons, children, and illegal aliens. Evenwel and Pfenniger might as well have said, “Whites only.”

Opponents, including then Texas Attorney General Greg Abbott, countered that elected officials are tasked with representing every person in their districts, not just the whites. Um, we mean, “voters.”

The case was initially heard in 2014 by a three-judge district court in Texas, whose members ruled against counting only eligible voters. The Supreme Court decision surprisingly included Judge Clarence Thomas, who, with Justice Samuel Alito, wrote a separate but concurring opinion.

It’s probably safe to say that the people who brought the suit will continue to look for ways to disenfranchise voters when gerrymandering districts in the future. Why? Because the money behind the lawsuit belongs to Edward Blum, the same conservative activist who pushed for and received the gutting of the Voting Rights Act in 2013. That ruling eliminated the need for federal approval to make changes in state voting laws for states with a history of racial voter discrimination. Now otherwise eligible voters must face ridiculous voter ID laws and other roadblocks, all constructed to make it more difficult for minorities, out-of-state college kids, and people without driver’s licenses or passports to exercise their second most inalienable right.