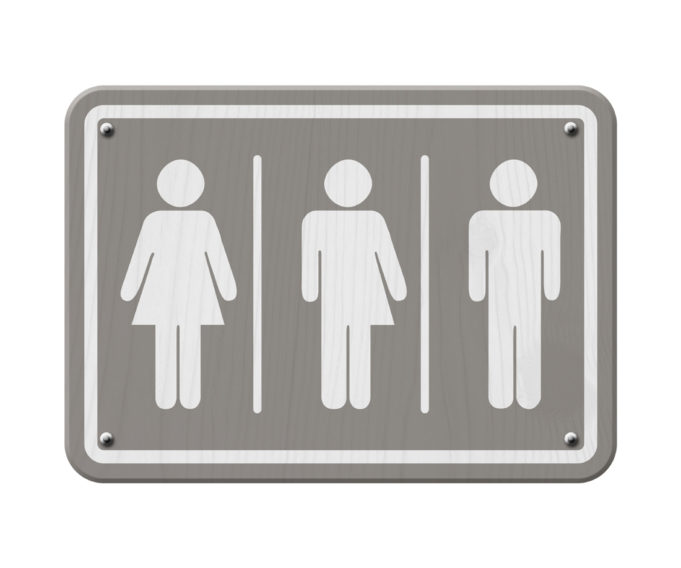 Still on the fence about who to support in the Fort Worth school district’s transgender brouhaha? Well, let’s say you are leaning toward supporting the faction that wants to fire Superintendent Kent Scribner for clarifying guidelines about transgender students and giving them access to restrooms that match their gender identity and make them feel comfortable and safe. And the guy who earns about $350,000 a year to make these kinds of decisions didn’t even bother to ask a bunch of helicopter parents what they thought about it first.

Thanks to Scribner, a kid who wants to be a girl but also wants to be a lesbian can go into a restroom with your daughter and have sex with her! And a straight guy who is desperate to see a girl’s hoo-hah can now pretend to be transgender and wear female clothing and makeup for months in an elaborate attempt to qualify to use the girls’ room and have sex with your daughters! It could happen.

OK, let’s say all that sounds logical. Before you hop on that bandwagon, you might look around and see who else is there. Do you want to stand beside Ken Paxton, a Tea Party cheerleader who has spent most of his tenure as Texas’ attorney general under federal indictment for securities fraud? A sleazebucket who wouldn’t know an ethic if it were gift-wrapped and placed under his pillow? A puritan who encouraged Bible-thumping clerks to resist issuing marriage licenses to same-sex couples? A fossil who characterizes people who believe in global warming as “radical environmentalists.” A guy so nerdy he was student president at Baylor University in the 1980s?

And do you want to stand next to Lt. Gov. Dan Patrick, a guy from Maryland who failed in the restaurant business, declared bankruptcy, and became a right-wing, preachy radio host? A guy who never met a wall high enough? A guy so unyielding that he disparages RINOs (Republicans in Name Only) for not being conservative enough? A narcissist who had a religious conversion in Las Vegas, became a conservative Christian, and worked for televangelist Joel Osteen? A partisan politician who says God tells him to do things? A pinch-faced, stubborn goon who would rather give up $5 billion in annual federal funding for public education in Texas rather than allow a transgender kid the opportunity to pee where he or she feels most comfortable?

If you want to hang out on a bandwagon with bozos like that, then be our guest. This is ’Murica!

You know who we would like to see working security on that aforementioned bandwagon? Rougned Odor. During last Sunday’s game at the Temple, the Rangers second baseman punched Toronto Blue Jays outfielder Jose Bautista square in the jaw after Joey Bats tried to injure Odor during a slide. Bautista is the showboating jerk who flipped his bat toward the Rangers dugout as an insult after smacking the homer that ended last year’s American League Division Series. Odor is the guy who allowed Rangers fans to get the last laugh. Not since pitcher Nolan Ryan put some booboos on Robin Ventura’s face has so much local love been expressed for a strong right hook.

We like the Ryan punch better. We believe in immediate retribution. We believe in passion, not premeditation. If last year’s bat-flipping incident bothered Odor, he should have punched Bautista as he was jogging down the first base line back then. But baseball players hold grudges like ex-lovers and disinherited children. Bautista slid hard into Odor because he was mad about getting hit by a Rangers pitcher a few minutes earlier. Odor punched Bautista in part because of the long-ago bat flip. Baseball players are like the mafia with their long memories. You might be living in a senior center one day, eating creamed corn and Jell-O, watching Matlock, when a guy named Circus Face comes up behind you and wraps a wire around your neck. “That’s for Joey!” he yells as you fall to the floor, choking, twitching. And your last thought is, “Who the hell is Joey? Oh, wait. You mean Joey DeCamp? That kid in kindergarten I gave a wedgie to after he stole my green crayon?” It’s like passive-aggressive thuggery.

Unless you’re a boxer, athletes shouldn’t punch each other. Hockey gets away with it because it’s something of a tradition. But brawling demeans football, baseball, basketball, and soccer. OK, we loved it when Ryan punched Ventura. But that was different. Ryan wasn’t retaliating for some slight that occurred weeks or years earlier. He was just standing on the mound, thinking about cows and cracks in housing foundations, when a young whippersnapper charged the mound with malicious intent. Then pow! Ryan got him in a headlock and pummeled that dude’s face on national TV. That was beautiful. Immediate violence in self-defense, we respect. In fact, Odor might not have been thinking about the bat flip at all. Maybe he was angry that Bautista tried to break his leg with a dirty slide. Pow!