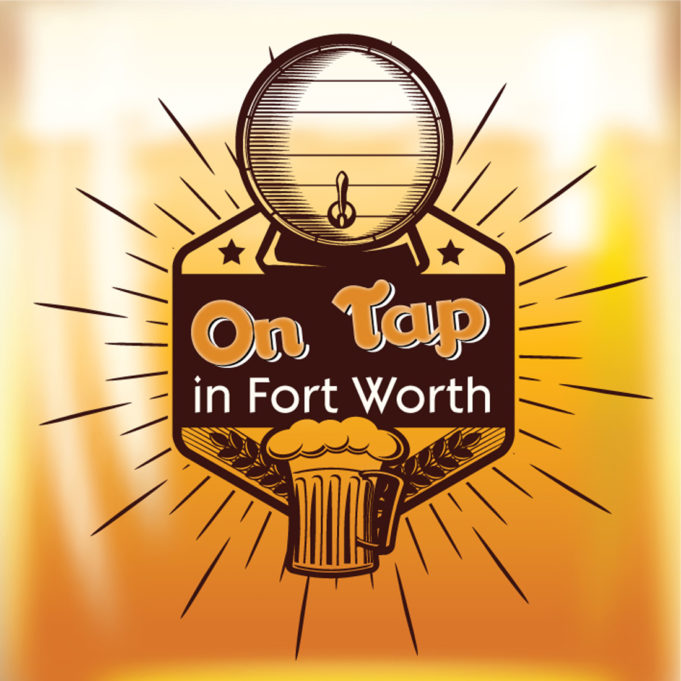 I’ve been to many beer festivals. What sets them apart (in my mind) is really just two things: beer selection and crowd size. I factor in crowd size because long lines slow access to the thing I go to festivals for — beer.

Which brings me to this Saturday’s Untapped Fort Worth at Panther Island Pavilion. With 80 breweries and 300 beers, there are going to be some incredible, rare, possibly one-off brews from major breweries on tap. And, if it’s anything like last year, there probably won’t any ridiculously long lines.

What I’m really looking forward to trying is anything special our local breweries have cooked up. At the very least, festival attendees can expect these brewery’s most popular and/or rarest beer to be available. And, you get to meet the folks who make the beer. Just so you Untapped fans can plan ahead, here’s a listing of what your favorite local breweries have in store for you.

Oatmeal Hef: (From Martin House) With our Oatmeal Hef, we’ve put our signature Martin House spin on the traditional German hefeweizen. We’ve traded out the traditional wheat portion of the grain bill with malted and crystal oats. Oats give this beer a silky mouthfeel and a creamy, satiny texture. We ferment this very lightly hopped beer with the original German hefeweizen yeast strain for the classic banana, clove, and vanilla flavors of a traditional Hefeweizen.

Blood & Honey: (From Revolver) An unfiltered deep golden ale made with malted two row barley and wheat. The brew is finished with blood orange zest, local honey from Nature Nate’s, and other spices that bring special flavors to this unique beer.

The Mandarin (Asian Style Ale): The Mandarin is a light ale brewed with traditional Asian ingredients. We started with red rice and a pound-per-barrel of dried goji berries in the mash for a bright cereal note and a savory fruitiness. We then add Mandarin hops to bring a tangerine and citrus note. The beer is finished with a dusting of traditional Chinese five spice and dry hopped with imported Golden Yunnan tea for a floral, spicy, and elegant tea note.

From Panther Island Brewing founder Ryan McWhorter: Okay, we will have three beers there. SummaGeez is Allergeez with Parker County Peaches in there. It’s very enjoyable and refreshing on a hot day. Next is our one-off, Creamweaver, a 7.5 percent ABV double cream ale with sweet orange peel spices. You’ll want this at brunch fo’ sho’. Last but not least is the one I’m amped on. Red Bandit will be our newest baby to the core beer line up. It’s a 5 percent ABV ginger pale ale dry hopped with citra hops. I wanted something in the middle of Real Good and IPf’nA. It’s not an easy drinker but not a big beer either. Red Bandit is the choice if someone wants something sessional, refreshing, and flavorful.

Untapped comes to Fort Worth on Saturday, June 11, at Panther Island Pavilion (395 Purcey Street, 817-698-0700). Doors open at 3pm, and in addition to performances by Built to Spill, Bummer Vacation, White Reaper, and more, the event features 80 breweries and 300 beers. You can view the beer list here and purchase tickets here.

On Tap this Week:
Pints for Prostates

Fort Worth’s Flying Saucer Draught Emporium (111 East 3rd Street) is teaming up with the nonprofit Pints for Prostates to raise awareness of prostate cancer. Participating is easy. Stop by Flying Saucer any Wednesday evening from now until June 29. At 7pm, 144 participants can purchase a pint of the featured beer of the week. The signature pint glass is yours to keep. Proceeds benefit Pints for Prostates and come with a raffle ticket good for a “European Beer Tour” drawing.

The Toadies return to Martin House

From Martin House: On Sunday, June 26th, The Toadies are coming back to Martin House Brewing Company for the band’s third live performance here and to launch of two new beers: Stars Above and Hell Below.

There are a limited amount of tickets available, including a VIP option which includes one extra beer and a meet and greet with the band.

On tap for next week is an interview with two local veterans who are going to revolutionize the way you (and everyone else) holds a beer pint glass.