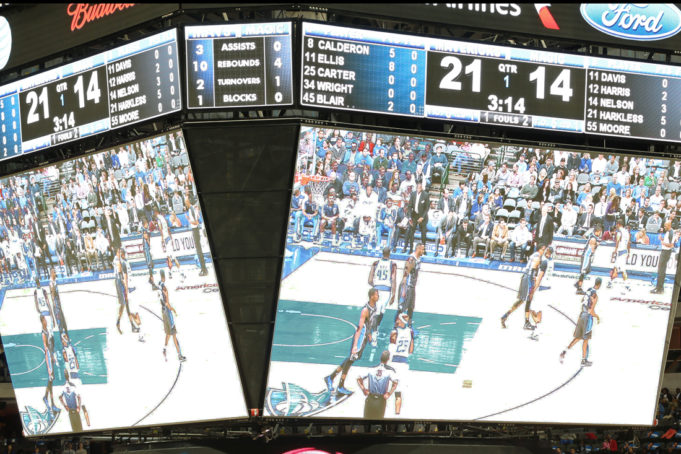 The Dallas Mavericks head into the free agency season coming off a playoff season. They played a gutty series against an exceptionally talented Oklahoma City team while shorthanded. For some rosters, that might lead an optimistic Mavs fan to reason that the club is one of those “just-need-to-get-a-little-healthier-and-a-little-better-and-maybe-we-can-take-that-next-step” teams.

Unfortunately, the squad that persevered well enough to earn a postseason berth doesn’t seem to be a “young-team-on-the-verge-of-breaking-out” or a “veteran-team-that-can-make-a-title-run-by-shoring-up-a-key-position-in-free-agency.” The concern seems to be that they are a “middling-older-team-destined-for-upper-lottery-or-first-round-exit-for-eternity” sort of squad.

The franchise’s main goal, one would assume with Mark Cuban in charge, is to win another championship. Is there a path forward that leads to having a realistic chance of achieving such? Let’s look at some of the formulae that have worked for recent past champions.

For the past 60-some years, even extending back to the days of territorial picks, only nine teams have managed to win a title without a player they drafted among the top five overall picks, usually in the top two or three. Five of those titles went to the Kobe/Shaq/Pau Lakers. In basketball, a sport with only 10 players on the court at a given time, a transcendent Magic Johnson, Tim Duncan, or Hakeem Olajuwon can move the needle a lot. Free agency rules, including Bird rights, help teams keep a player like that around, which, in turn, attracts other good players.

The problem with this method is that you generally have to be really bad, get lucky in the draft lottery, and then hope a no-brainer superstar heads the draft that year instead of a Kwame Brown or Kent Benson. To even have a chance to make this method work, you need to have an unexpectedly injury-filled season, like the one the 1996-97 Spurs had to get Duncan, or just tear everything down, like the 2010-11 Cavaliers were forced to do to get Kyrie Irving. Both options are yucky. The Showtime Lakers landed Magic and James Worthy through free agent compensation and a trade with Cleveland, respectively, but compensation no longer exists and the Cavs’ picks aren’t worth much these days.

The good news is that seven of the nine champions who didn’t have method one at their disposals have come this century. You could almost throw the 2003-04 Pistons into that group (Darko Miličić – 2003 2nd overall – didn’t contribute a lot) and the 2010-11 Mavericks (former 2nd overall pick Jason Kidd left and came back) into the group. In fact, inspired scouting led the Mavs to effectively nab Dirk Nowitzki 9th overall (thanks to a draft-day trade with the Bucks) in 1998 and the Celtics to take title centerpiece Paul Pierce with the next pick. The Clippers had that year’s top pick, but missed badly by taking Michael Olowokandi.

The good news is that the Mavs control almost all of their draft choices in upcoming years, after having gone without a first-round pick in seven drafts since 2004 (plus they traded Kelly Olynyk immediately after drafting him in 2013).

The Miami Heat used this strategy a few years ago, but they had their own top-five star in Dwyane Wade as a draw, plus South Beach is apparently a nice place to take one’s talents. The Mavs have neither of those enticements.

Free agents tend to be older and more injury-prone, they are tough to plan around (see DeAndre Jordan circa 2015), and their current team can always offer them more money. There’s also a lot of competition from places with more beaches, more titles, and more Times Squares.

This worked well for the 1982-83 Philadelphia 76ers, who won with Julius Erving, Moses Malone, and Bobby Jones. I suppose it might be worth seeing if David Thompson still has any game.

Do none of the above sound terribly appealing? Yeah, that’s what I thought. This process is never easy, and it is complicated by the idea of trying to win another title while Dirk Nowitzki still plays here. I think I’d lean toward acquiring as many hard-throwing relief pitchers as possible on one-year contracts and trade them all before the deadline for minor leaguers. Wait, dang, wrong sport.

I truly don’t know how to advise Mavs GM Donnie Nelson here. He’s been a remarkable innovator throughout his career, from finding international players to hiring a female coach to winning a championship with a team nobody picked to do it. I guess I’d tell him to channel his inner Moneyball (sorry, more baseball) and find the-thing-nobody-else-is-doing. Is the answer spending more on scouts or scouting methodologies to try to get some Josh Howards and Rolando Blackmans in here while never again missing on the Greens and Bryants? Is it funding medical research to allow the Mavs a proprietary technology to reverse aging, allowing the Mavs to win by signing Dr. J, Kareem, and Swen Nater? Maybe Mark Cuban can pump money into Space-X to go find baller aliens like the ones in Space Jam? Good luck getting work visas for those guys in a Trump administration.

Bottom line is, if you’re a MFFL, remember that almost half the league’s teams have NEVER won an NBA title. So while you wait for the Mavs’ braintrust to figure things out, stay positive. Call it the “yeah-but-we-could-be-the-Suns” approach.