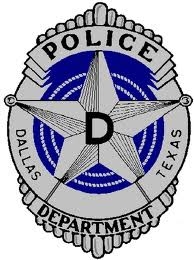 The Fort Worth Police Department plans to soon release a statement via @fortworthpd on the shooting deaths of five police officers in Dallas last night at a protest to condemn the recent police-involved deaths of two black men in other cities. Planned protests in Fort Worth – nightly in Sundance Square and Sunday night at Justice of the Peace Court 8 on Miller Avenue – will go on as scheduled, said FPWD spokesperson Sgt. Marcus Povero.

Security will be heightened, he added.

“We have officers working overtime to bolster patrol, and officers will be riding in two-person units,” Povero said via e-mail.

At noon today (Fri), Fort Worth Mayor Betsy Price will preside over a moment of silence at Burnett Plaza (801 Cherry St, downtown) to honor the four officers from the Dallas Police Department and one officer from Dallas Area Rapid Transit who were slain.

Twelve officers total and two civilians, according to various reports, were shot by four snipers toward the end of the Dallas protest.

One of the snipers, according to reports, was killed by police on the scene. The other three suspects are in custody.

“There are no words to describe the atrocity that occurred to our city,” said Dallas Police Chief David Brown this morning. “All I know is that this must stop, this divisiveness between our police and our citizens.”

Last night, FWPD issued a statement of solidarity and sadness: “To our DPD and DART brothers and sisters: We will be praying for God to give you strength and comfort. Never forget that we’ve got your six!”

“Got your six” is police slang for “got your back.”

We will update this story as more information becomes available.