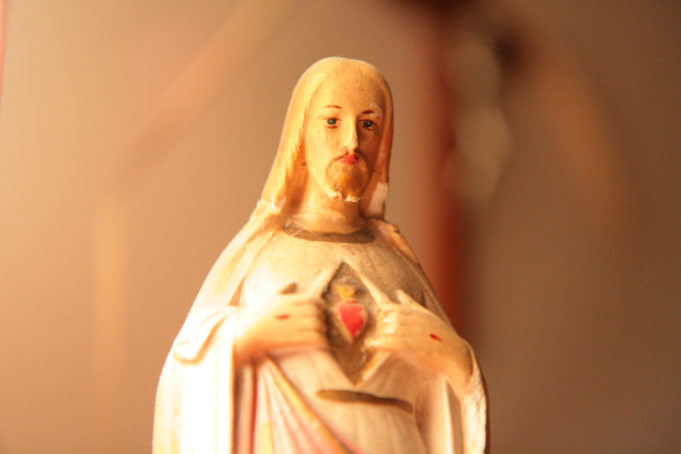 I was tooteling around East Seminary Drive looking for a new hole in the wall, mentally forming my story before I even knew where I was going to eat. In this week’s edition, I thought, I imagined myself as the intrepid badass who traverses the outer reaches of the foodiesphere in search of hidden gems, diamonds in the rough, and other mineral-related clichés. Let the Star-T fling rose petals at the feet of the new Heim Barbecue and the other trendy spots.

I pulled into a generic-looking, rundown strip mall after being lured by a sign with the word “barbacoa” on its grimy white façade. The windows of Taqueria Los Magueyes (1211 E Seminary Dr, 817-615-0607) were covered in what I imagined were blown-up Polaroid shots of drab-looking plates filled with oily meats. When I realized I was the only person inside who spoke English, I knew I had found my muse.

Los Magueyes looks like it could comfortably hold 50 or 60 people, but most of the chairs on my recent weekday visit were stacked on top of the plastic-covered tables. The place has a bizarre ocean/Catholic vibe, with blue walls –– including a mural of a blue whale –– and little porcelain statues of Jesus scattered like Easter eggs all over the counter.

When my server came to the table, I stumbled through some questions using rusty Spanish phrases in my hilariously sad, borderline racist accent until I realized how dumb I sounded. The menu had a few interesting-looking dishes, but I opted for tacos because I knew how to ask for them en español.

The dining room was mostly empty, save a couple of tables occupied by small families. My server was bringing out plates of food one at a time, and you could have made a calligraphic rendering of the entirety of pi in between her trips to the kitchen. When an order was up, the cook rang a little bell. Every time the seven or eight of us heard the little ding, it felt like a tense scene from a dystopian novel. Who would get fed this time? Who would starve?

As I waited for what seemed like an eternity, the narrative I’d already written in my head was shifting from one about an undiscovered dive to a waste of an afternoon. I could feel myself aging, and I almost abandoned ship. I’m glad I stuck it out.

When my tacos arrived, they looked like four folded elephants’ ears. The corn tortillas were enormous, and each was stuffed with enough barbacoa ($2.50) and carnitas ($2) to fill three separate tacos. An overflowing plate of chopped cilantro, fresh onions, and one squeeze bottle each of red and green salsa accompanied the meaty blankets of maize.

Maybe it’s because I’d been waiting for so long –– the starvation strategy –– but I loved every bite. The carnitas were juicy, tender, and salty. The barbacoa (head meat from a cow or goat) was a flavor-drenched meatgasm that dissolved on the tongue like cotton candy. Hungry as I was, I couldn’t make it through the third taco.

A party of 12 walked in after I was served, and I wanted to bring them some books for the wait –– and reassure them that it will be totally worth it.