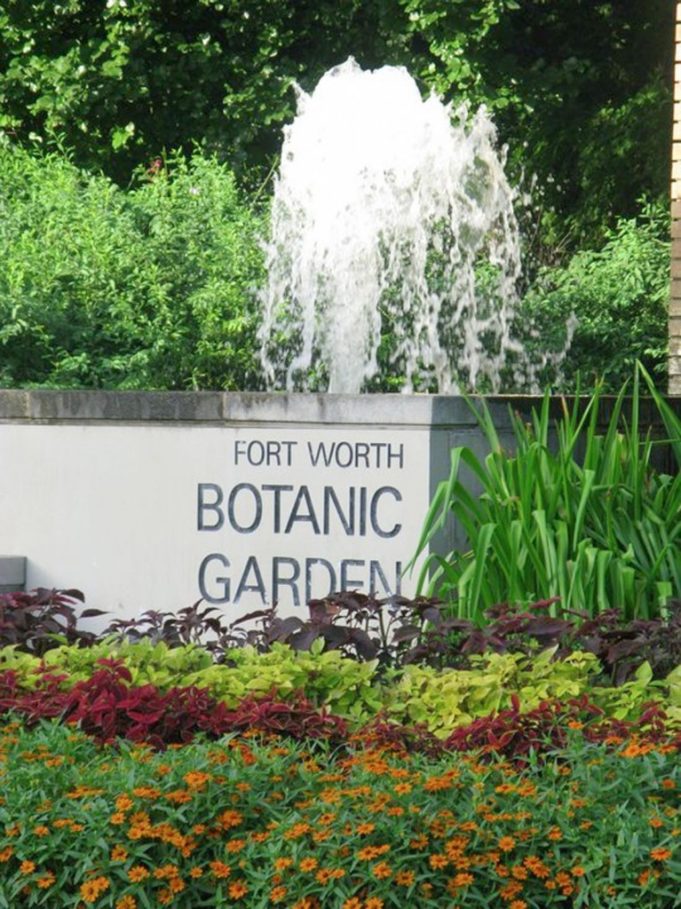 Something stinks in the Fort Worth Botanic Garden, and it’s not the newly acquired corpse plant that is growing in the conservation greenhouse. As mentioned in our August 17 edition (“Botanic Garden Growing?”), a recent study indicated the beloved garden needs $15 million in improvements due to deferred maintenance and lapsed funding over the years. Local folks are worried that city officials might use the study as justification to charge admission and parking fees. Fort Worth Botanic Garden, the oldest of its kind in Texas, has offered free admission and parking from the get-go.

The most vocal resident is Lon Burnam, who represented Fort Worth in the state legislature from 1996 to 2014. Since then, the Democrat has lost a bid for a seat on the Texas Railroad Commission. Nowadays, he is representing the Friends of Fort Worth Parks, an advocacy group founded this summer, fighting for access and improvement of parks citywide.

“A general admissions fee on the Botanic Garden is both racist and class elitist,” he said, arguing that a fee would disproportionately impact minorities and young people trying to save money.

One of the most popular seasonal activities is the Japanese Garden Fall Festival in November, which draws visitors for tea ceremonies and walking tours. Admission to the Japanese Garden is $7 and goes up to $8 for festivals. So garden-goers aren’t exactly immune to coughing up money. But the bulk of the garden has always been free and open to the public, providing an entertainment refuge for struggling families and shallow-pocketed lovebirds looking for a place to kill time without spending a fortune.

Burnam has visited the Botanic Garden regularly since the 1950s. Growing up with environmentalist parents, he developed an admiration for the beautiful plants and flowers, describing them as sacred, “almost like it’s a temple to God,” he said.

Burnam has made a vow: He will boycott the Garden if new fees are implemented.

A strategic plan that details the proposed admission fee along with other housekeeping details was presented to the Fort Worth City Council on Sep. 20 by Botanic Garden officials. Council members encouraged Garden officials to survey visitors to determine how the general admission fee would impact the community. Residents have sent their thoughts via email to the Fort Worth Botanical Society, the nonprofit organization that oversees the Garden. And guess what? Most people don’t like the proposed admission fee.

Win at All Costs

Just like ants to a picnic, scammers come out of their dirt holes this time of year to try to exploit the good folks among us. Our 2016 Best Of issue recognizes Tarrant County’s top people, places, and things. Unfortunately, the annual issue attracts opportunistic liars who call the winners, pretend to be associated with the Fort Worth Weekly, and try to sell them plaques and trophies.

Weekly owner Lee Newquist said companies around the country pay people to scour newspapers and solicit winners. He has sent cease-and-desist letters to some companies in the past. Others pop up to take their places before long.

“The companies go through our paper and look at who won all the Best Ofs and then create an award or plaque and send it to the winner with a note that says, ‘Congratulations on winning the Fort Worth Weekly Best Of award. Enclosed is your plaque. Please cut us a check for $250.’ ”

The Weekly doesn’t charge for awards. Winners get them hand-delivered for free. If you haven’t received yours yet, give us a call at 817-321-9700. The awards are attractive but simple  — just a colorful piece of paper inserted into an 8-by-10-inch frame. However, anyone who prefers something more impressive can order a professionally made plaque through us at cost (less than $15). The plaques being pushed by independent companies are much more expensive. An employee at one of those companies told us that the Weekly should be grateful that they are offering our Best Of winners an opportunity to get a higher quality award. The employee said all of his phone solicitors clearly state up front that they work for an independent company other than the Weekly. However, Newquist called one of these companies, pretended to be a Best Of winner, and asked the company if they were affiliated with the Weekly. Yes, he was told.

Meanwhile, another newspaper in town is confusing the situation even more. Jenni, a Weekly advertising representative, called one of our Best Of winners to say she had earned an award, and the winner became defensive about not wanting to pay for it.

“I told her we don’t charge for awards,” Jenni said. “She said, ‘Oh, my god. I’m so sorry. I’m used to the Fort Worth Star-Telegram sending us an award with an invoice.”

Even an ad rep can see the danger in charging for awards.

“If the Star-Telegram does a write-up or a good review at a restaurant, they will send them an award with an invoice,” Jenni said. “Which, at the end of the day, is like paying for editorial content.  It seems really unethical.”