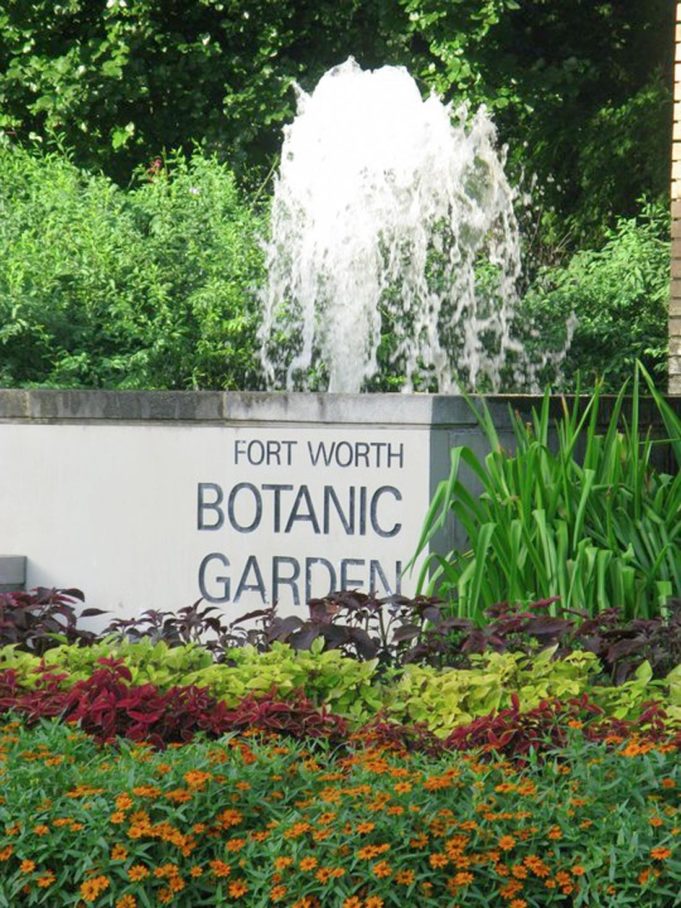 A recent study shows the beloved Fort Worth Botanic Garden needs a transfusion of about $15 million to keep it from turning into a post-apocalyptic Black Forest. Deferred maintenance and a lack of sufficient funding over the years have meant myriad problems that require more than spit, baling wire, and prayers to fix. There is even talk of charging admission and parking fees at the 110-acre public garden that was unlike any other in Texas when it debuted in 1935. Eighty-one years of wear and tear have been tough on the buildings and infrastructure, and supporters worry that the garden might not be around in 80 years if something isn’t done pronto.

The city Parks Department is now sharing the results of a recent strategic plan created by a consulting agency that charged about $100,000 for the trouble. The plan is one of many steps in a public process that has proven to be more time-consuming than growing a begonia on an iceberg. Way back in 2004, the Botanic Garden received a grant to pay for an assessment study of the facilities. That led to an outside assessor’s report in 2005, which called for a master plan revision and strategic plan. That same year, the Future of the Garden Committee was created to represent all the stakeholders. The city hired its favorite business management team, Gideon Toal, to create a master plan in 2007 at a cost of about $250,000. City officials saw the first draft of the plan in 2008, followed with another year of public discussion, a final master plan in 2010 and, now, the strategic action plan.

One of the most interesting parts of the action plan is the creation of a new entrance to the Botanic Garden just north of the Montgomery Street Antique Mall, near the I-30 intersection. The current entrance off University Drive near Trinity Park would continue to provide access to the educational and events facilities. But the Montgomery Street entrance would provide closer access to the various gardens and outdoor activities and more room for visitors to park.

“It would give us some expanded parking, which is a big issue for us,” Botanic Garden Director Bob Byers told us.

So, the new plan and the 2010 master plan refer to a new entrance. And city employees recall previous master plans dating back to the 1980s that have called for a Montgomery Street entrance.

And yet –– after all these years –– nobody from the city appears to have contacted the owner of the property to make an offer.

An investment group led by the Hyder family owns the land. The Hyders are the wealthy family that grew from the 1947 marriage of local attorney Elton M. Hyder Jr. and oil heiress Martha Rowan. The couple collected historical artifacts, antiques, and property, and they were enthusiastic supporters of the Van Cliburn piano competition and the Cultural District. The investment group is Montgomery Corner LLC, managed by Brent Hyder, a son of Elton Jr. and Martha. He was not available for comment. However, Dallas attorney Joe Staley said the Hyders retained him years ago in regard to the property.

City officials “have not made an offer to my knowledge,” Staley said.

Huh? Thirty years of planning a grand new entrance to the Botanic Garden has never prompted anyone in City Hall to inquire about the land needed to make it happen ­­–– land valued at millions of dollars?

“I don’t know that they’ve even talked to the Hyders,” Staley said.

We asked Staley why the Hyders had hired him if they were not fielding offers for the property.

“I am their eminent domain lawyer,” he said.

If it sounds like the Hyders expect the city to come through the back door to acquire the property, that’s probably the case. Using eminent domain to take land needed to build an entrance and parking lot for a valuable, rare, city-owned botanic garden doesn’t sound unreasonable. City officials would still be required to pay fair market value but would probably get the land much cheaper than if buying it from the owner without playing the eminent domain card.

One thing is certain –– Sundance Square founder Ed Bass is watching closely. Bass, with the city’s help, is building a $450 million multi-purpose facility next to the Botanic Garden. He is chairman of the board of the annual Fort Worth Stock Show and Rodeo that is held nearby and is a big economic generator for the city. He carries heft when it comes to how the area is being developed. Allowing a property owner like the Hyders to retain control over how a key piece of land is developed near Bass’s new arena doesn’t sound very Bass-y.