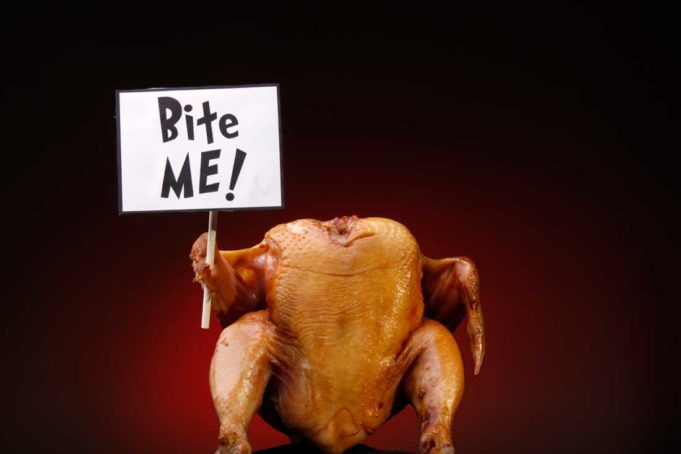 Considering all of the fanfare around the bird, I think turkey gets a bad rap. I have plenty of friends and relatives who claim to hate the traditional holiday fowl because, they say, it’s always so dry and tasteless. Generally speaking, anything you eat that’s dry and tasteless is usually 100 percent due to user error. You can make shoe leather tender if you cook it correctly.

In an effort to restore the reputation of our national Thanksgiving centerpiece, I spoke to a couple of local chefs to get some tips on how to make your turkey moist and delicious.

First, be sure to thaw your bird in the fridge, even if that means it’ll take a day or two. Running the turkey under a faucet or submerging it in water is more likely to create bacteria.

Almost every chef or competent home cook knows the best way to get the most flavor out of your turkey starts with brining the bird.

Chef David Hollister of Gas Monkey Bar N’ Grill recommends the following brine for a 12- to 16-pound bird: “A simple method … is adding 1 cup of kosher salt and half a cup of brown sugar to 1 gallon of water,” he said via email. “Add the salt and sugar to the water and bring to a simmer to dissolve the two. Add aromatics to your brine, like bay leaves, ginger, allspice berry, and cinnamon sticks. You can also add herbs such as rosemary, thyme, and sage. Allow the brine to cool – overnight preferably.”

After you’ve brined and thoroughly rinsed your bird, he added, stuff the cavity with more aroma-creating spices and foods such as sliced apples, ginger, onions, lemons, more rosemary, and cinnamon sticks.

Before you put the turkey into the oven, said Chef Michael Thompson of Michael’s Restaurant & Ancho Chile Bar (3413 W 7th St, 817-877-3413), be sure to tie the legs together with butcher string.

“You don’t want to end up with a spread-eagle bird on your Thanksgiving table,” he said.

His recipe involves placing your veggies, turkey wings and neck, and cooking liquid in a roasting pot and place the cleaned turkey on top. Then coat the bird with cooking spray, oil, or butter, and season the outside with salt and white pepper. Tightly cover the roasting pan with foil, making sure it doesn’t touch the turkey.

“In a 325-degree oven, roast it about two hours,” he said. “Increase the temperature of the oven to 375 degrees, remove the foil, and baste the bird with the roasting juices four or five times over the course of the next hour.”

Cooking the fowl to correct temperature is crucial: You don’t want to overcook it and feed the myth that all turkeys are dry, and you can’t undercook it and potentially make everyone sick. Ideally, your bird will be 160 degrees.

“Check the temperature with a meat thermometer inserted into the thickest part of the thigh,” Thompson said.

I hope you have a fulfilling (and filling) Thanksgiving because of, not in spite of, your main dish. And if your turkey isn’t delicious, feel free to order one from Michael’s or Gas Monkey next year.