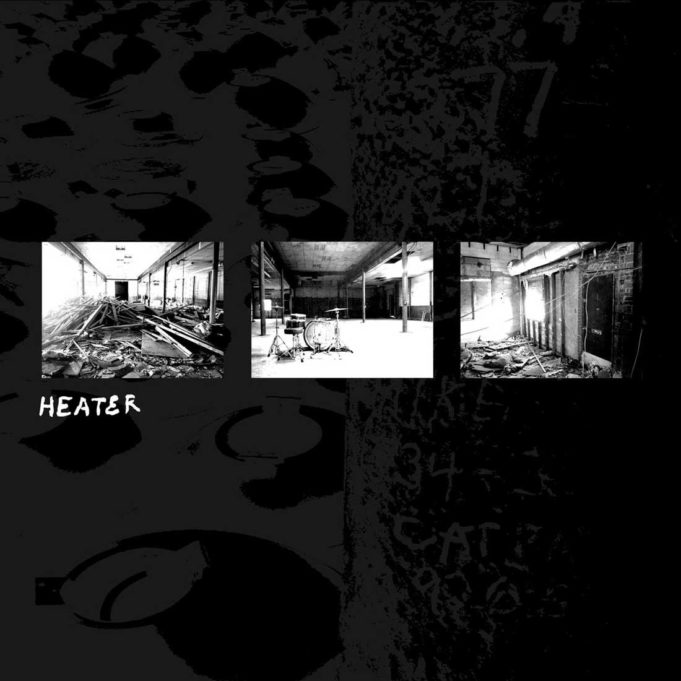 Geez, where did Heater come from? On first listen to the Fort Worth band’s new 7-inch EP, Reaching for Things Unknown, on Austin-based indie label Twistworthy Records, it’s tough not to think you’re listening to some long-lost Dischord band. But as far as I know, Heater is firmly rooted in the present, even though the furious, angular crunch of these four songs sounds as if it came blasting out of some all-ages venue in the late ’80s.

Decades and eras aside, the EP’s aesthetic hovers around a stylistic sweet spot where emo, post-punk, and hardcore –– which, for the sake of a joke, I’ll call it At the Drive Like JehuXc –– overlap. Heater uses the innate appeal of all those stylistic hallmarks to burn agitated songs into your auditory cortex, a brand that smolders with guitar noise on the brink of a psychedelic freakout. And yet, Heater is not a wanky or indulgent band. None of the songs tops three minutes, and as such, every frantic strum is a call to action. The bottom line: Put on Heater and turn it up. – Steve Steward

Remember the first time you walked into a dive bar? Take that sensory experience and distill it down to a band, or even an album, and you have The Sex Rynos’ latest release, Dive Bar Dweller. The trio has spent the better part of a year mixing and mastering its new sound — and it shows.

Frontman Kevin Wellendorf’s guitar playing is intriguing at times, but his mastery of his effects setup begs for an auditory double-take. Wellendorf’s use of filters and effects adds a method of texturing and sonic-scaping to songs that might otherwise seem like standard-issue indie riff-rock. And the display is diverse. The bleeding feedback that anxiously crescendos into leadoff track “Cave Shaker” sounds like an homage to early Hendrix. The album will rattle a nostalgic nerve –– the band’s sonic underpinning seems derivative at times. but these guys seem to be inspired by some of the greats, both classic and contemporary. On “Engine Song,” the Rynos utilize some emotively dissonant and muddy vocal effects that are reminiscent of Tool’s earlier music.

Lyrically, Wellendorf’s choice of subject matter is comical, angsty, self-actualizing at times, and never shy of melodrama. On “Cave Shaker,” he imparts his conviction to party with an original metaphor: “I’m going to party like a wookie / I’m gonna get higher than Chewy.”

On “Bad Disposition,” Wellendorf introduces a nameless muse, “her,” into the mix: “Your sweet seduction is what you do so well / In your web I’ve found now I’m in hell.”

The theme continues on the album’s title track as the leadman decrees: “I’m a dive-bar dweller, and I’ve been through hell.”

The mixture of influences suggests that this young group is still finding its sound. The Rynos opted to do the majority of the post-production at home after recording the album at Session Works Studios in Hurst. The time taken to polish what the guys have said is their oldest written material might have been a crucial journey of self-discovery. For example, the ballad-ish “Fool’s Gold” provides an interesting changeup to the rest of the recording’s grungy approach. The shift in tone drops a tantalizing hint to the dynamic possibilities that The Sex Rynos could create. — Will Reynolds

Released last weekend as a download card, Inhaler is the second full-length album from The Longshots, the self-named “junk-rock” outfit that dissolved last year after co-frontman Alex Zobel moved to Colorado. I’m sure there are other important details relevant to the band’s demise I’m missing out on, but it is interesting to note that Zobel sings “There’s a lot I’ve got to change” over the outro of lead-off track “Before My Body Breaks,” because it seems like this album is a document of a band burning out on the way to blowing up.

Whatever the case, Inhaler sees The Longshots at the top of their form, with both Zobel and other frontman Joey Gorman stretching their musical limbs, the former with forays into dreamy, Stones-esque hard rock ballardry, the latter into polishing a country-tweaking, skate-punk ethos with spit and elbow grease. When Gorman promises, “I ain’t fuckin’ around” on the title track, he sounds like he ain’t really kidding.

The band didn’t exactly reinvent its own wheel here. Inhaler is more like the next logical progression of a sound that welded snotty punk rock urgency to the countryfied rock riffage found in the DNA of everyone who picks up a guitar in this part of the world. Gorman may say “junk rock,” but the songs here are too well-crafted for that –– it’s sort of like if The Replacements re-wrote Let It Be after they made Pleased to Meet Me. There are plenty of giddy rock ’n’ roll bangers (“Got It Bad,” “Stall Love”), but the biggest gem arrives at the album’s mid-point, “Gynakowski,” when the band is applying all of its compositional might –– the way Zobel’s howls hang in between the choruses’ hook gives you the impression the studio caught fire around them. If burning out is better than fading away, you’d be hard-pressed to find a better match than Inhaler. – S.S.