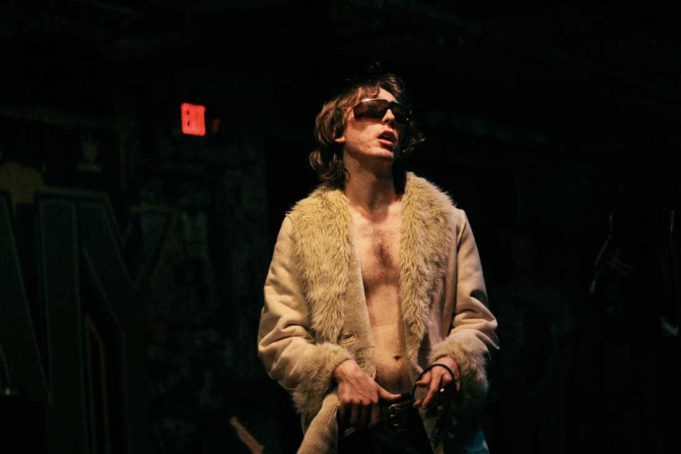 Before we get to easily one of my favorite Fort Worth bands of all time (seriously), I’d like to draw your attention to Steve Gnash. The solo vehicle of 21-year-old Eulessian (is that a term?) (it is now) Dylan Pitts serves up some pretty eerie yet delightfully poppy champagne jams: “Neil Diamond songs as envisioned by Lou Reed,” as fellow Weekly scribe Steve Steward recently put it (“Making a Spectacle,” Nov 9). With only three self-recordings to his name, Gnash is about to release his debut, 7-song full-length cassette on Dreamy Life Records, the Fairmount label/studio/retailer. He’ll celebrate the release on Friday at The Boiled Owl Tavern (909 W Magnolia Av, Ste 8, 817-920-9616) with headliner Son of Stan and openers Same Brain. Keeping the conversation in the late 1960s of Uncle Lou’s glory, Same Brain is pretty badass: psychedelic but not in a let’s-change-time-signatures-20-times-in-three-minutes kind of way. Rather, the songs are meditative, the riffs and rhythms mantric instead of merely digressive. I’m thinking a little Amon Düül II, The Cramps, Can, Dick Dale, even a little latter-day Elevators. Listening to Same Brain’s eponymous debut album from February, you can easily connect the dots from tracks like “Not Ned” and “No Manches” to “Mother Sky” and “Yeti,” from the surf-tinged speed of “Salchichøn” and “Mowf” to “Holiday in Cambodia” and “The Wedge.” This isn’t to say Same Brain is all yesterday, no today, because the quicksilver breakdown in “Supper” and the rapid fire drive of “Vawmit” are straight outta 1919. I’ve been to a few shows at the Owl. Haven’t seen a mosh pit yet. Pretty sure that might change on Friday at a little after 10pm. Steve Gnash’s album release show is free, but there’s a suggested donation of $5.

Now to some more outré beauty this weekend. On Sunday at Lola’s Saloon (2736 W 6th St, 817-877-0666), Atlanta’s Muuy Biien and two popular Dallas bands – Sealion and Party Static – will be joined by Complete. Yes, that Complete. The last time cofounders Curt Low and Creecher and the boys played Fort Worth, it was in the spring at 1912 Nite-Club. Before that? There’s no telling. (For some reason, however, I’m getting a vague recollection of a Froggy Bottom’s gig. Maybe. But definitely a possibility. Will have to look into that. After a nap.) Regardless, that the premier outsider band in all of North Texas will be performing at Fort Worth’s premier underground/indie rock venue is a momentous occasion. All I know is that at Lola’s I’ll be hanging out with Curt Low himself. After a nice article I wrote about his band a couple of months ago (‘Complete: Truly Outré Stars,” May 11), full of all sorts of backhanded compliments and cutesy turns of phrase, the Complete frontman commented, “Come see for yourself and I bet you will not even make the show and let us [meet], because I would love to [meet] with you and you can see for yourself why we are beloved.” I think that means, “Let me buy you a beer.” Don’t bother. I’ve been doing this a long time. I know the code.

Yes, I also know that “I’m-a try to kick yer ass!” is a possibility.

Tickets to Muuy Biien with Sealion, Party Static, and Complete are only $7.