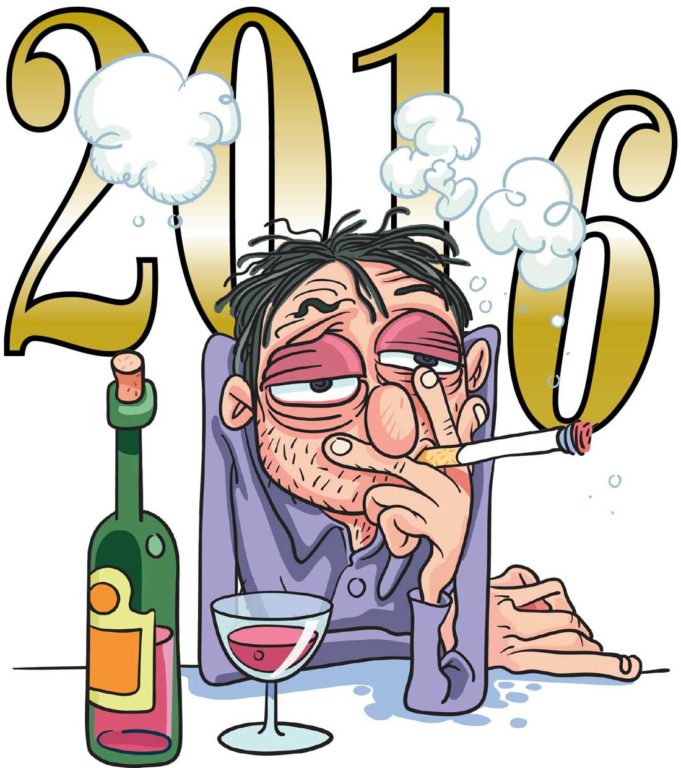 Welp, 2016 is finally nearing the end of its reign of nut-punching d-baggery, which means you’ve probably already been eyeballs-deep in Internet content recapping all the crappy things that happened. My summation: Some beloved famous people died, and then an alliance of short-sighted jerkoffs, racist fear addicts, and the dying, vanished-industry-dependent small towns of Mellencamp country managed to elect to the highest office of the land a bloated, mendacious, spray-tanned sack of the Lowest Common Denominator’s basest aspirations. On a macro level, or at least the macro level created by social media, dead celebs and Donald Trump’s America (and I’m lumping “Fake News” and “Russian Cyber Meddling” in with the latter) dominated conversation. But here’s something to think about: For all the emoting (and emoji-ing) about those two topics, what really affected your micro-level world?

As I’ve mentioned before, my localized world mostly revolves around bars. Other than the general sense of doom and despair of the election cycle and realization that rock stars in their 60s are just as liable to die abruptly as a garden-variety relative of the same age, my bar-based world continued to turn.

This year, some prominent drinking institutions closed their doors. Frankie’s was the most recent, though a quick perusal of the spacious downtown sports bar’s Yelp reviews might offer a more accurate explanation for packing it in than co-owners Bill and Johnnie Katz’ “because Obama” excuse. The Mule Pub also closed after a 17-year run of Ridglea-area dive bar greatness. Sure, I was bummed, but I didn’t have the emotional connection with that place that I’ve had with others. And anyway, it basically reopened a few miles to the west as the Bucket on the Alta Mere traffic circle. No, the bar closure that made me feel old and sad and, if we’re being honest, a little teary-eyed, was the Chili’s on University. It’s hard to believe someone would ever really miss a chain restaurant available on every major freeway in five-mile intervals, but I spent three formative years waiting and bartending at that place, and they left indelible marks on my soul. In a lot of ways, I have that particular Chili’s to thank/blame for getting me deeper into the service industry.

Perhaps more impactful on my bar life: splitting the writing duties of this column with Susie Geissler, who started in July. If you look back over the past five or six years of Last Calls, you’ll find that I have written most of them. I don’t mean to brag about that, because when I look over those, I find that a good number of them stink, or at least repeat a lot of the same tropes, jokes, and made-up adverbs. Alternating the weeks with Susie has made it easier to find new things to say about old bars, and it’s also refreshing to read someone else’s voice in this space. Cheers to you Susie, especially for that piece on Frankie’s you did last week.

And finally, the event that probably moved my meter the most in 2016 was the launch of Smoke-Free Fort Worth’s campaign to get the city council to approve a comprehensive smoking ban in the city’s bars and bingo parlors. Besides the obvious health benefits to the staff employed in bars that elect to ban smoking (not to mention their customers), in my mind, a comprehensive smoking ban is progressive public policy. And seeing as how so many other U.S. cities (many of which are of lesser prestige than Fort Worth) already do not allow smoking, it’s high time Cowtown put its boot down on the butts and joined the 21st century. Whether such an ordinance will materialize or not is the business of 2017, and I’ll be curious to see if/how the Fort Worth Way hampers it. But I am hopeful, and I am grateful that such an organization existed, because it gave me something to be passionate about.

If you’re worried about what 2017 will mean for the wider world, take comfort in the stuff that’s right in front of your face, and be grateful for the good things that roll around as the months wear on. Yes, Donald Trump will assume the office of the Presidency, and undoubtedly, more music icons will get older and die. So make the best of what’s around you, and try to effect positive change where you can.